Tomi Lahren Sues Glenn Beck, The Blaze Over Her Firing 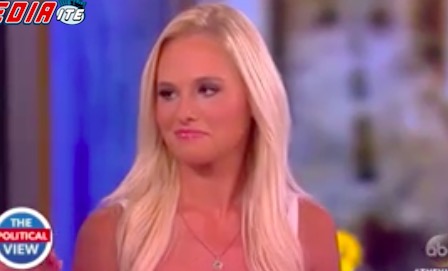 Conservative personality Tomi Lahren has filed a wrongful termination lawsuit against her former boss, Glenn Beck, and The Blaze for her sudden firing after she expressed her support for the pro-choice cause.

According to the complaint obtained by LawNewz.com, she was fired after making the controversial remarks on The View, but she said that the network tried to continue paying her “presumably hoping they could find an exit strategy to sanitize their unlawful conduct under.” Lahren told The View hosts “I can’t sit here and be a hypocrite and say I’m for limited government but I think the government should decide what women do with their bodies.”

Defendants knew that Plaintiff had expressed her personal view in this regard several times previously and they never took any issue with it. A few days later, however, Plaintiff was contacted by TBI’s (The Blaze Ince) Human Resources Director/Supervisor and advised that she was suspended indefinitely and that she need not return to TBI’s office(s), all because of her pro-choice opinions expressed on The View. Plaintiff was understandably disappointed, saddened, and in shock for being suspended for freely expressing her opinions, which certainly reconcile with what is the law of the land in the United States i.e., a woman’s constitutional right to choose and in no way inconsistent with any of Plaintiff’s obligations under the Employment Contract.

Lahren alleges that HR told her to stay away from her Facebook, social media, and she was prohibited from making public comment. She also claims that fellow employees placed an “X” with yellow caution tape on her office/dressing room door. Lahren’s lawyers contend that the action is a violation of her contract which explicitly allows her to express her own views without the fear of retaliation.

Interestingly, Lahren’s contract does have a clause which allows the network to fire a personality for cause if  “conduct or involvement in a situation that brings Employee into public disrespect, offends the community or any group thereof, or embarrasses or reflects unfavorably on TBI’s reputation.” However, Lahren contends that expressing her First Amendment rights should not qualify as grounds for termination.

The lawsuit asks for temporary restraining order, complete control of her social media page, and other damages. We’ve reached out to a spokesperson for Glenn Beck and expect a statement shortly. This is a breaking news post, and will be updated accordingly.

The Blaze released a brief statement stating, “It is puzzling that an employee who remains under contract (and is still being paid) has sued us for being fired, especially when we continue to comply fully with the terms of our agreement with her.”