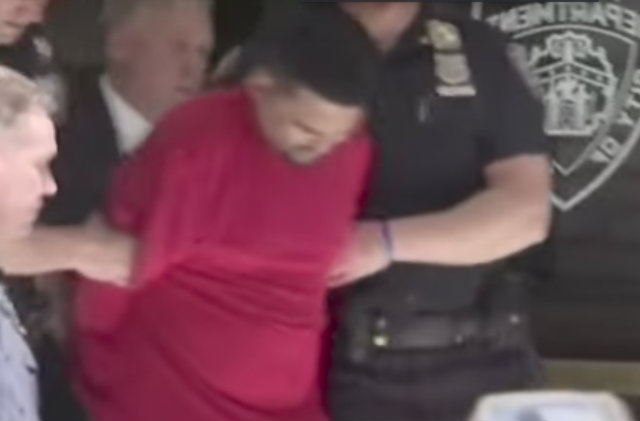 Authorities in New York City have pressed charges against the man they say rampaged through Times Square on Thursday. Richard Rojas, 26, faces one count of second-degree murder, 20 counts of attempted murder, and 5 counts of aggravated vehicular homicide, the NYPD told LawNewz.com.

Police say he mounted the sidewalk at 42nd St and 7th Avenue using his 2009 red Honda Accord, then drove up for three blocks until he crashed into a metal stanchion. Rojas allegedly injured 22 people and killed one, identified at 18-year-old Michigan woman Alyssa Elsman. Cops reported that Rojas has two previous DWI arrests.

APNEWSALERT: Prosecutors: Suspect in Times Square crash claimed he wanted to ‘kill them all’ and said police should have shot him.

[Screengrab of Rojas in red shirt via CBS]