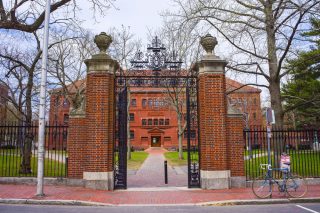 Students at some of the top schools in the country are concerned about the status of undocumented immigrants, now that Donald Trump is the President-elect of the United States. Trump’s campaign included a tough stance against illegal immigration and undocumented residents, saying that he would deport an estimated 11 million undocumented immigrants from the country. Now that Trump has won the election, students at Harvard, Yale, and other colleges are asking their schools’ administrations to aid in the protection of their undocumented classmates.

Harvard students are now petitioning, not only for their school to protect undocumented immigrants, but for the school to devote resources to hiring new staff members to assist them. According to the Harvard Crimson student newspaper, the petition, which has gained thousands of signatures since Monday, seeks the hiring of a new Assistant Dean of Equity, Diversity and Inclusion to replace the previous one who left the school in October. It also calls for establishing a new office to help undocumented students. ”

“We need action that demonstrates this University’s dedication to concretely support all of its students, regardless of their immigration status,” the petition says. In addition to faculty support, the petition demands that a campus church be used as a refuge for undocumented immigrants seeking to avoid deportation.

University spokesperson David Cameron said in a statement, “Harvard’s policies have supported all our students at both the college and professional schools to make certain they can fully participate in, and access all, that Harvard has to offer … We are following developments in Washington closely and will be engaged in these core issues.”

Harvard is not alone. At Yale, more than two thousand students and faculty members signed a letter asking for the campus to be made a sanctuary for undocumented immigrants.

Similar movements, as well as protests, have been springing up at Brown, Johns Hopkins, Oberlin, and University of Wisconsin-Madison.