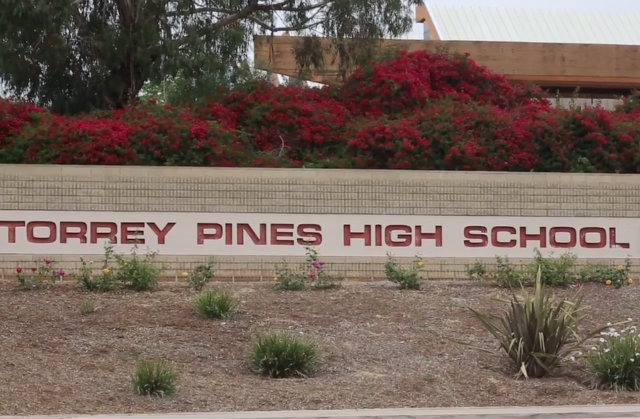 SAN DIEGO (AP) — Police shot and killed a 15-year-old student Saturday after he pointed a BB gun at them in a high school parking lot, authorities said.

The Torrey Pines High School student called 911 shortly before 3:30 a.m. to ask officers to check on the welfare of an unarmed boy in front of the school, according to a police statement.

He didn’t name the boy, but investigators later determined he was referring to himself, police said.

When two officers arrived, they spotted a youth in the front parking lot. But as they got out of their patrol cars, he pulled a gun from his waistband and pointed it at an officer, police said.

Both officers fired, hitting him several times. They performed first aid and summoned paramedics, but the teen was pronounced dead at a hospital, police said.

The gun was found to be a BB air pistol.

Police didn’t release the teen’s name because of his age.

“Our hearts go out to the student, his family and his friends,” said a statement from Eric Dill, superintendent of the San Diego Union High School District.

A crisis-response team will be on campus Monday to support students, staff and parents, Dill said. Counseling also will be available at all district schools for anyone who needs a place to talk about the shooting or “to mourn and process this tragedy,” he said.