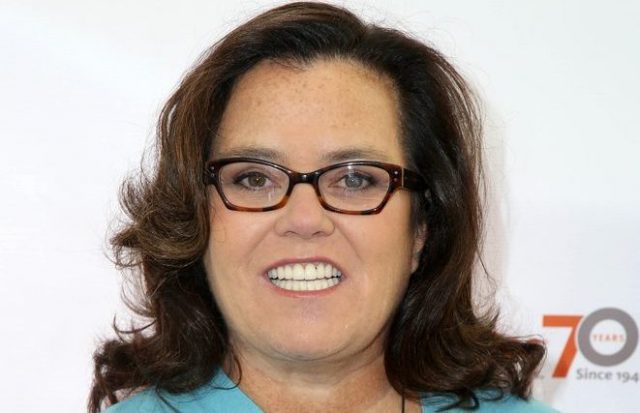 President Donald Trump must be loving this. Outspoken comedian and long-time Trump nemesis Rosie O’Donnell has been getting flack after she tweeted an indecent proposal to Republican Senators Tuesday night, offering $2 million each to Senators Susan Collins and Jeff Flake in exchange for voting against the GOP tax bill. The criticism is well-deserved, since there’s a legal term for offering money to a public official in exchange for an official act. You know, bribery.

Despite her typos, O’Donnell was very clear in her intentions, as seen in her series of tweets. First there was the initial offer to Collins and Flake.

DM me susan
DM me jeff

no shit
2 million
cash
each

Then Rosie extended the offer of “cold hard cash” to “any GOP senator.”

they have been paid
obviously

to any god senator who votes no

Federal law is pretty clear that this is a no-no. 18 USC § 201 specifically says that anyone who “directly or indirectly, corruptly gives, offers or promises anything of value to any public official … to influence any official act” is guilty of a crime.

The key phrase here is “directly or indirectly.” See, one could argue that a tweet isn’t the same as directly addressing an individual like a direct message, email, or phone call would be, but the law is very clear that an indirect offer satisfies the elements of the crime.

The Donald-Rosie war began way before Trump got into politics, but now that he’s president, Trump has control over all federal prosecutions.

It remains to be seen whether President Trump’s administration will deem it worthwhile to pursue a criminal case against the actress and former talk show host, but if they do, O’Donnell could face a pretty steep penalty. The statute says that punishment can be “three times the monetary equivalent of the thing of value.” That would theoretically be $6 million per offer. O’Donnell specifically made the offer to two individual Senators, so that could be $12 million. She later said she’d pay any Republican Senator $2 million. There are currently 52 GOP Senators in office (this will go down to 51 when Alabama’s Doug Jones takes office next month). That means that if President Trump and Attorney General Jeff Sessions really wanted to be greedy, they could try to get Rosie for $312 million.

Surprisingly, President Trump has remained silent on the matter, as his tweets on Wednesday have focused on the tax bill itself, as well as the economy. Still, you know he has to be getting a kick out of the mere thought of this.