Rolling Stone Settles, But Fight Over Rape Story Isn’t Over 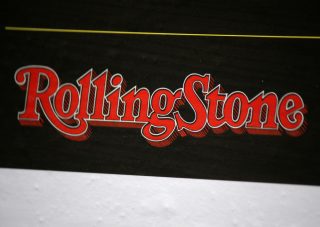 Rolling Stone magazine settled a University of Virginia administrator’s lawsuit over its discredited story about a rape on campus, but its legal fights over the botched article aren’t over.

Attorneys for Rolling Stone and Nicole Eramo announced this week that they reached a confidential settlement over the 2014 story “A Rape on Campus,” putting an end to the lengthy case stemming from the now-debunked claims of a woman identified only as “Jackie.”

“We are delighted that this dispute is now behind us, as it allows Nicole to move on and focus on doing what she does best, which is supporting victims of sexual assault,” Libby Locke, an attorney for Eramo, said in a statement.

The magazine still faces a more than $25 million lawsuit filed by the University of Virginia chapter of the fraternity where Jackie claimed she had been raped, which is scheduled to go to trial in October. A separate lawsuit from three former fraternity members was dismissed last year.

The settlement in Eramo’s case came after Rolling Stone challenged a jury’s November verdict awarding the former associate dean of students $3 million. Rolling Stone asked the judge in December to overturn the jury’s decision, arguing that there is no evidence reporter Sabrina Rubin Erdely acted with actual malice.

Media organizations, including The Associated Press, also urged the judge to overrule the jury’s finding that Rolling Stone “republished” the false claims when it attached an editor’s note highlighting problems with the story to an online version. Jurors said the magazine and its publisher didn’t act with actual malice when the story was originally published but did when it was “republished.”

The media groups said punishing Rolling Stone for trying to alert the public to problems with the story could discourage organizations from correcting errors.

Rolling Stone and Eramo settled before the judge could rule on the issue, so the jury’s verdict stands and won’t be examined by an appeals court.

“That’s the troubling thing about the settlement, is that it doesn’t give an appellate court a chance to wipe out that precedent,” said George Freeman, executive director of the Media Law Resource Center and a former attorney for The New York Times.

Freeman said Eramo’s case shows Rolling Stone has “a propensity to settle,” but he said it’s hard to predict how the magazine’s attorneys will proceed in the other matter.

In documents recently filed in that case, Rolling Stone suggested that the fraternity is partially at fault for the article because, it claims, the fraternity was aware of problems with Jackie’s account and didn’t say anything before the story went to print.

“For had they done so, the article never would have been published,” Rolling Stone’s attorneys said.

Attorneys for the fraternity did not immediately respond to messages.