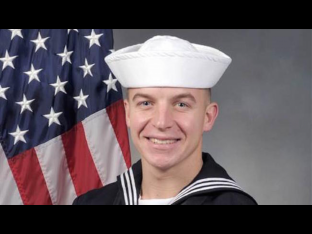 The San Diego Medical Examiner issued its report on the death of a U.S. Navy SEALs candidate who died during a pool training exercise earlier this year.  The medical examiner (ME) ruled the death was a homicide, finding that instructors allegedly “dunked” the trainee underwater several times in the time leading up to his death.

James Lovelace, 21, died on May 6, 2016 during a training exercise known as “drown-proofing.”  Lovelace was wearing full fatigues and combat boots during the exercise that reportedly requires trainees to tread water while instructors splash and yell at them, trying to simulate “adverse” conditions.

NBC News obtained a copy of the ME report that states instructors were told not to dunk or pull trainees underwater during the exercise.  However, when the ME viewed video of the training exercise he reportedly saw several instructors dunking Lovelace underwater several times even though he was showing signs of struggling in the water.  The dunking is alleged to have continued for approximately five minutes before Lovelace was finally pulled out of the pool.  Lovelace was initially responsive but soon passed out.  Efforts to revive him failed and he was pronounced dead.

The ME determined Lovelace’s cause of death was drowning, but the manner death was not found to be accidental.  Instead, the ME found the “actions and inactions of the instructors” led him to rule the manner of death as homicide.

“Although the manner of death could be considered by some as an accident, especially given that the decedent was in a rigorous training program that was meant to simulate an ‘adverse’ environment, it is our opinion that the actions, and inactions, of the instructors and other individuals involved were excessive and directly contributed to the death, and the manner of death is best classified as homicide,” the ME stated in his report, according to NBC News.

When news of Lovelace’s death broke earlier this year, a former Navy SEAL writing for the special operations forces focused website SOFREP.com expressed concern about the description of the exercise.

“This description is not necessarily consistent with the drown-proofing evolution known to this author when he went through BUD/S training, but it is possible that the evolution has changed since that time,” the former Navy SEAL wrote.

He added, “BUD/S trainees did not customarily wear full uniforms during the evolution in the BUD/S classes of the past. Historically, drown-proofing has been undertaken in UDT (swim) shorts, with trainees’ hands and feet tied up, and no mask. The trainees are in the water, tied up, and have to accomplish a series of tasks that take around 10 minutes.”

The former Navy SEAL’s remarks are especially interesting in light of NBC News’ findings that the Navy has seen an increase in pool blackouts compared to past years.  Lovelace was the fifth trainee to suffer a pool blackout in the four months preceding his death.

The drill instructor has reportedly been reassigned pending an ongoing internal investigation into the incident.