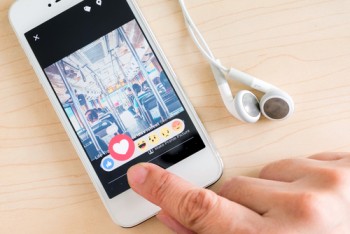 A New York judge has dealt a blow to the federal government’s pursuit of private user data. U.S. Magistrate Judge James Orenstein ruled on Monday that the U.S. Justice Department cannot force Apple to provide the FBI with access to locked iPhone data.

While the much-publicized debate over a government-specific backdoor to Apple’s products continues to dominate the technology and privacy industries, Orenstein’s ruling rebukes that of a California magistrate judge who ordered Apple to create software—”GovtOS”—to help the U.S. hack the iPhone of a Syed Farook, one of the shooters in December San Bernardino attack that killed 14 people.

Judge Orenstein’s ruling is specific to a routine drug case in Brooklyn but provides early precedent for the notion that the federal government cannot compel Apple to cede the data of its consumers. Orenstein’s decision should appease privacy activists who believe that allowing the federal government access to user data will create a parade of horribles that will eventually lead to government “hacking” in virtually all criminal cases—terrorism or otherwise.

Apple has opposed the requests to help extract information from over a dozen iPhones in California, Illinois, Massachusetts and New York.