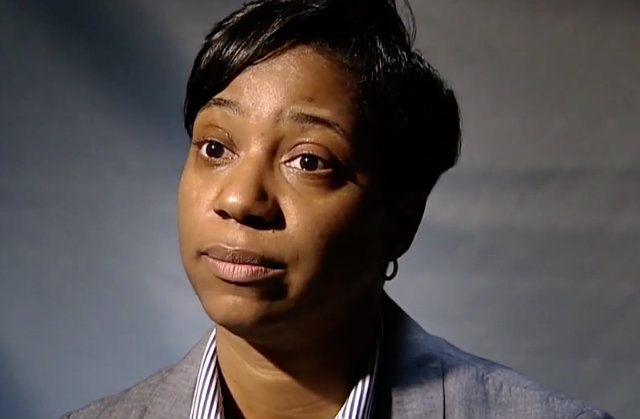 Officer DeSheila Howlett was the first African American cop in the history of the City of Warren Police Department. She had been the only one for over ten years, allegedly facing torrid racist and sexually charged disrespect by her brothers and sisters in blue, she said in a lawsuit.

According to her complaint filed April 26 in a Michigan federal court, it wasn’t just insults and inappropriate comments. She lacked support in the field.

Incidents described in the complaint include: Her field training officer allegedly once told her women have no right to work, let alone be cops, then failed her without reason and made her repeat her training; another training officer allegedly told her she was going to pass regardless of her skill because she is black; two male officers are accused of asking a third if he’d had sex with Howlett as well as a threesome with a second female officer; two male officers allegedly asked her to go on dates repeatedly; and she claims she was generally treated differently from her white co-workers.

There was also one instance that happened after a surgical procedure, the lawsuit said:

Roland Bell [white male, non-defendant] asked Plaintiff why she was walking gingerly after having a fibroid removed, and when Plaintiff explained, he told her “No, it’s because of all that big black d–k in you.”

One defendant in particular, Defendant Shawn Johnson, allegedly harassed her: sniffing her in a sexually suggestive manner, running his hands through her hair, and telling Howlett that he was the white slave matter, and she his sex slave mistress.

“They’re just going to make you a slave around here,” he allegedly said in one instance.

He and other defendants subjected her to numerous inappropriate, racially charged comments including use of the N-word, her lawsuit stated.

Things got so bad that they allegedly and repeatedly refused to provide Howlett with appropriate backup or respond “in a timely fashion” because she was a black woman.

She now seeks front-pay, back-pay, an injunction making defendants stop their bigoted behavior, and court fees. Commissioner Jere Green and the City of Warren are also being sued because they allegedly did little to nothing after she brought complaints to her supervisors.

Howlett’s attorney, Leonard Mungo, told LawNewz.com that she is currently on sick leave from the police department because of the emotional and psychological trauma mentioned in the lawsuit. A lot of that is because she didn’t get adequate on-field support from the other officers during dangerous situations, he said.

“You know how big that is?” Mungo said. “Those are the fundamentals of safety. That is the essence of police work. Without that, you would have a lot more officers injured or killed.”

He questioned whether anyone would go back to a work environment like that, and argued few people understood how much racism hurts, and how much it undermines the United States as a country.

“I don’t think people really understand the gravity of discrimination on the hearts and minds on human beings,” he said.

LawNewz.com reached out to the City of Warren Police Department and the City Attorney’s office. They hadn’t even been served with the complaint yet, City Attorney Ethan Vinson told us.

“A lot of these things happened 10 years ago,” he said, saying Howlett didn’t mention most allegations until she filed her lawsuit. “Whatever she brought to our attention, we addressed it.”

This included two instances, including one in which a clerical employee used the N-word.

“She [Howlett] makes it seem like it was directed at her, and it was not,” he said, though he added that the slur’s usage was inappropriate.

Vinson said his office was investigating the allegation, and was interviewing the lawsuit’s named defendants. He claimed they were providing a different story.

“The lawsuit was just filed two weeks ago and in the process of being served,” Mungo said in a follow up statement. “Timing of service is of no moment (summons expires after 90 days after issuance). Not being served yet does not vindicate them for their unlawful discrimination. This law suit is one they will not avoid answering to.”

Update – 2:44 p.m.: Updated with a talk from the Warren City Attorney.

Update – 4:00 p.m.: Updated with follow up statement from Howlett’s attorney.