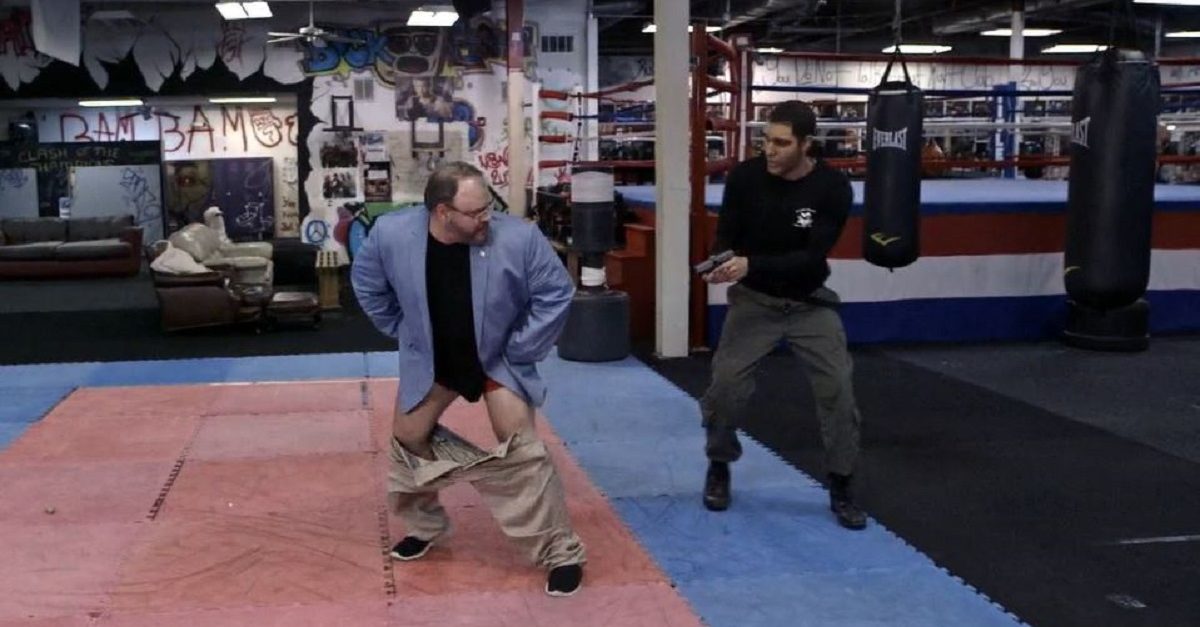 Georgia State Rep. Jason Spencer is being pushed to resign from his position after he appeared on Sunday night’s episode of Sacha Baron Cohen‘s show, “Who is America?”

In the opening segment of the show, Cohen posed as an Israeli counterterrorism expert teaching defense techniques. The comedian got Spencer to drop his pants and chase him with his exposed behind, while yelling, “USA, motherfucker!”

The end of the episode featured what was labeled, “A message to terrorists from Rep. Jason Spencer.” In it, Spencer could be seen talking straight to the camera brandishing a knife, saying:

He then demonstrated on a dummy, using the knife and what appeared to be a salami. At the end of the segment, Spencer could be seen addressing the camera, saying, “I am Jason Spencer, I am an elected official in the state of Georgia.”

“Representative Spencer has disgraced himself and should resign immediately,” House Speaker David Ralston said in a statement Sunday night.

Governor Nathan Deal had strong words as well, saying he is “saddened and disgusted” by Spencer’s actions.

“There is no excuse for this type of behavior, ever,” Deal said.

Spencer attempted to use legal action to block the segment from airing, but to no avail.

“They exploited my state of mind for profit and notoriety,” Spencer told the Atlanta Journal-Constitution last week, saying the show “took advantage of my fears that I would be attacked by someone.”

Law&Crime reached out to Spencer for additional comment, but he did not immediately respond.

This is not the first time Spencer has faced pressure to resign. Last year, there were his calls for him to leave his position after he made threatening comments to a black former lawmaker who was pushing for Confederate statues to be removed.