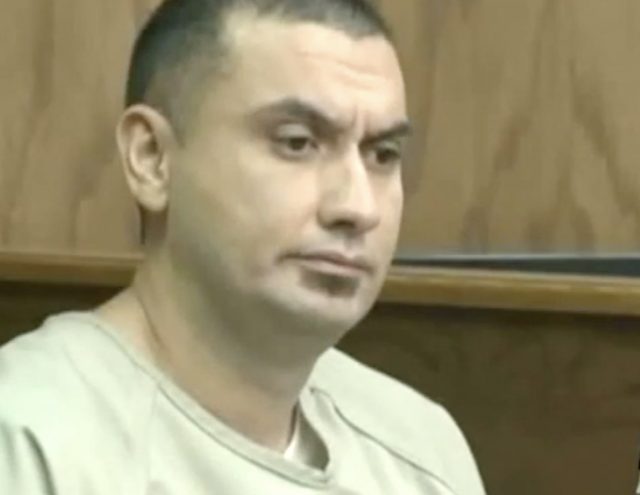 An Idaho man is free for the first time Wednesday night after spending approximately half his life behind bars after a judge ruled his conviction was the result of a false confession.  Christopher Tapp saw the outside of the prison cell for the first time today in over 20 years after a judge re-sentenced him to time served, finding he was coerced into giving a false confession related to the murder and rape of Angie Dodge.

Judges for Justice, the Idaho Innocence Project, reportedly made Tapp’s case a priority and worked tirelessly to obtain his release.   The victim’s mother, Carol Dodge, also became one of Tapp’s biggest advocates.

According to local news station KIFI, Angie Dodge was 18 when she was sexually assaulted and murdered inside in her own home back in 1996.  During that time, Tapp was a 20-year-old high school dropout and that landed him on the police radar.  He was reportedly interrogated for hours and police subjected to multiple lie detector tests before he eventually confessed.  However, DNA obtained from the crime scene was found not to match with Tapp or any other police suspects.

Due to the work of the previously mentioned groups, Tapp was given a re-sentencing hearing on Wednesday at the local courthouse.

TAPP RELEASE: Agreement would prevent Tapp from any further legal action in his case. @localnews8 @KIDKnews

Nonetheless, Tapp was ordered to be released immediately and the agreement effectively ended any further legal action in the case.  It was not a total victory.  Tapp is also required to continue paying into the victim’s relief found.

At the end of the day, the judge had the final say: