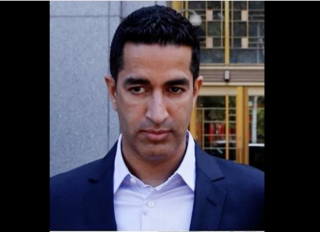 Sanjay Valvani, a hedge fund manager at Visium Asset Management LP, was found dead in his Brooklyn home early Monday night having apparently committed suicide.  He was found by his wife with a wound to his neck.  Later, a knife and a suicide note were found according to a statement by a police spokeswoman.  His lawyers were shocked by the death and called it a horrible tragedy.

“We hope for the sake of his family and his memory that it will not be forgotten that the charges against him were only unproven accusations and he had always maintained his innocence,” they added according to Reuters.

Valvani had been charged with insider trading after being arrested on Wednesday for allegedly making $25 million by receiving tips about the approval of FDA generic drugs.  Prosecutors have said that the information had come from Gordon Johnston, a consultant and former employee at the FDA, who had received the tips from a friend who still works for the FDA.  In addition, Valvani also tipped off a portfolio manager at Visium, Christopher Plaford, who prosecutors say also made illegal trades.  Plaford and Johnston had secretly plead guilty to their charges and cooperated in the case against Valvani.

Valvani had been instrumental in building Visium with his partner, Jacob Gottlieb, to the $8 billion dollar powerhouse it had become.  However, last Friday, Gottlieb told the investors that the negative publicity surrounding Valvani’s arrest had made it impossible to continue managing the firm.  In addition, Gottlieb sold off one of the firm’s portfolio’s and shut down another, which Valvani had worked for.

“We mourn the tragic loss of Sanjay, a devoted father, husband and friend. Our thoughts are with his family during this difficult time,” Gottlieb said in a statement on Tuesday according to Reuters.