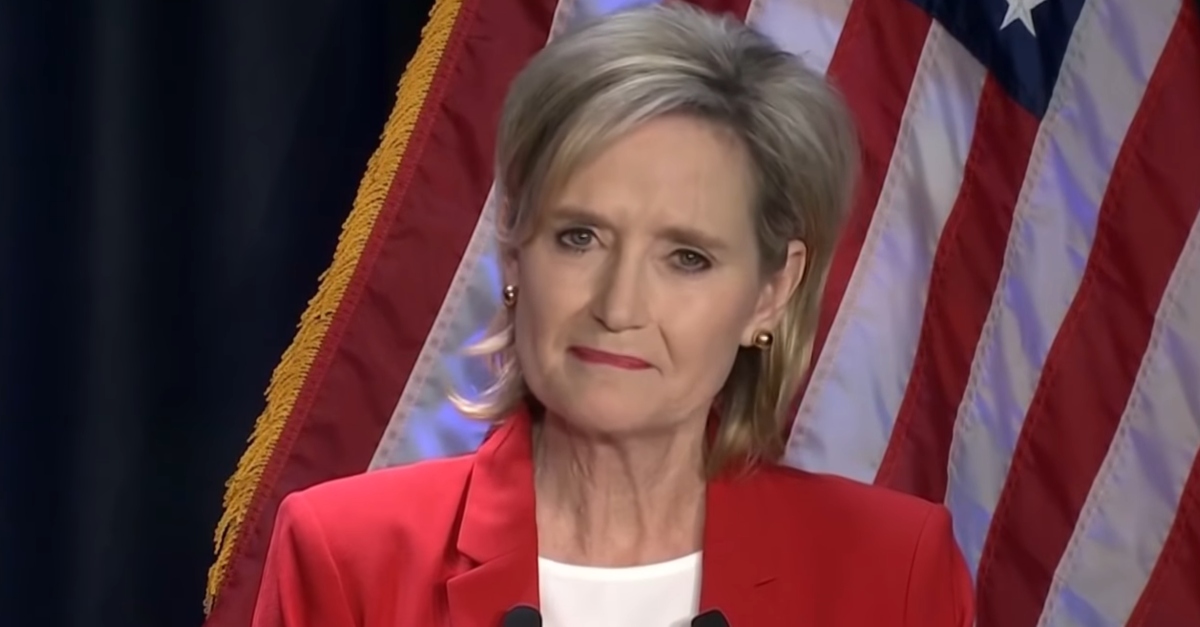 Sen. Cindy Hyde-Smith (R-Mississippi) sent her daughter to a private school originally founded as to way for white parents to keep their children from racial integration, according to a new report from Jackson Free Press. Brookhaven Academy was founded in 1970, amid Mississippi Gov. John Bell Williams‘ reluctant and apparent acquiescence to desegregation.

Those familiar with the schools from back then, including former Mississippi Democratic Party Chairman Rickey Cole, said it was widely known that these schools were started in order to keep white and black children apart.

“Socially, instinctively and intuitively, I know why these things happened, because it’s what we all lived through,” Cole said. “For the younger generation, though, this will be big news to them. Hell, it might even be big news to Cindy’s daughter. That’s the way it always was, and we were very much separate and unequal.”

Hyde-Smith attended a similar school. The now-defunct Lawrence County Academy was founded in 1970. A 1975 yearbook, provided to the outlet by a former student who requested not to be named, showed Hyde-Smith posing with the rest of the cheerleading squad. Their mascot, apparently dressed as a Confederate colonel, held a Confederate flag.

According to the Free Press, Hyde-Smith’s campaign was not ready to provide comment because it was too late for the communications director to talk to the senator about this.

Her daughter reportedly graduated from Brookhaven in 2017.

As a southerner I have to say I’m kinda surprised at all the attention Cindy Hyde-Smith’s (and her daughter’s) attendance at a segregation academy is getting. I don’t think the reactions really get at how ubiquitous this is

This news comes after Hyde-Smith, who is campaigning for a special election to take place Tuesday, got in trouble because video showed her saying she would attend a “public hanging” if a certain political supporter asked her to.

Others interpreted this was an obvious reference to lynching, and it’s worth mentioning that her opponent, former Rep. Mike Espy, is black. Hyde-Smith insisted she didn’t mean anything back by the statement, but insisted that her words were “twisted” and used against her.