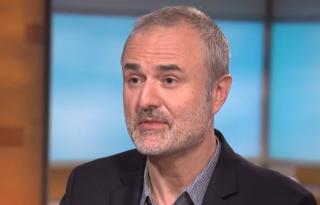 Gawker publisher Nick Denton struck back with a vengeance on Tuesday, posting a scathing response to the $140 million verdict against him and his site for posting excerpts of Hulk Hogan‘s sex tape. Denton claimed the trial went “wildly off the rails,” and said Hogan’s attorneys played on the jury’s emotions, leading them to sympathize with a local celebrity instead of following the law. He compared the proceedings to a circus, and said it “was as staged as a professional wrestling bout.” Denton said he is confident that he’ll win on appeal, citing the trial court’s decision to keep relevant evidence away from the jury. He claimed that documents that were not unsealed until the day the verdict was handed down show that Hogan’s lawsuit was not what it appeared to be, and would have affected the jury’s decision. “It turns out this case was never about the sex on the tape Gawker received,” Denton said, “but about racist language on another, unpublished tape that threatened Hogan’s reputation and career.” Denton said that Hogan didn’t sue Gawker because he was upset about them posting part of a sex tape. He said the “real, and actually embarrassing” reason was that Hogan wanted to make sure they didn’t post anything else. Indeed, those unsealed documents did show that Hogan was afraid of tapes getting out that showed him using racial slurs. Continuing to go after Hogan, Denton basically questioned his entire case. “The basis of his claim that he had a reasonable expectation of privacy during his sexual encounters with Heather Cole, then Bubba’s wife, was that Hogan didn’t know he was being filmed,” he said. But Denton argues that Bubba “The Love Sponge” Clem, whose wife was in the sex tape with Hogan, told the FBI “that Hogan knew full well that Bubba had wired his bedroom for video and was filming.” Denton complained about not being allowed to present this evidence to the jury. Of course, he left out that Clem also stated on the record that Hogan didn’t know anything about the video at the time it was made. But it didn’t stop there. Denton accused Hogan of making a deal with Clem, settling with him for “$5,000 and a pledge to play the role that Hogan needed him to” in the case against Gawker. In turn, Clem invoked his Fifth Amendment rights not to testify at the trial. Denton attacked the amount of the damages as well, calling them “chilling” to Gawker and “other publishers with a tabloid streak.” He doubted the jury’s judgment in awarding Hogan $60 million for emotional distress, when there was “precious little evidence that he actually experienced any,” and compared this to the average jury award wrongful death cases, which he said was only $961,000. Between his legal argument for publishing the sexual content and his claim that key evidence was kept from the jury, Denton is confident that while he lost his first bout with Hulk Hogan, he’ll win the rematch. “We will have our day back in appeals court, and we will be vindicated.” [Screengrab via Yahoo]