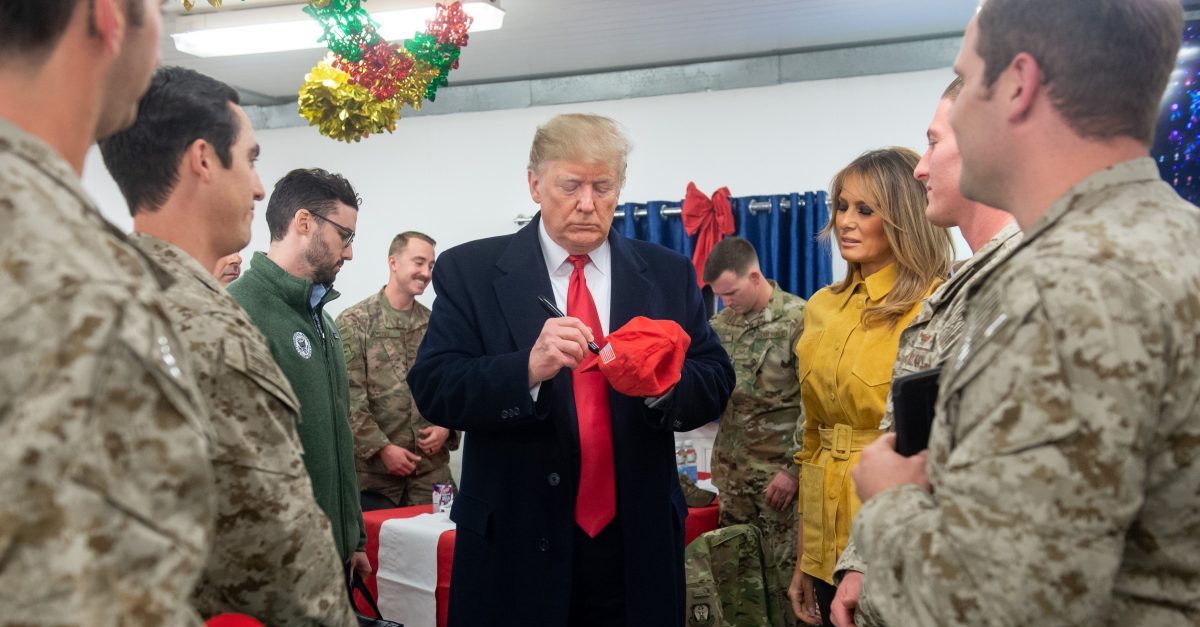 Haters of President Donald Trump were all over the Commander-in-Chief on Wednesday, after it was reported that he handed out his trademark “Make America Great Again” hats to troops in Iraq. The vitriol went so far that a former White House attorney said that Trump’s behavior was illegal.

Former Associate White House Counsel Ian Bassin, who currently heads the organization Protect Democracy, tweeted Wednesday evening that if Trump was truly signing and handing out MAGA hats for troops, it would be a Hatch Act violation. The Hatch Act prohibits federal employees from engaging in political activity in support of a candidate or campaign. To support his claim, Bassin noted that he himself was a Hatch Act lawyer for the White House.

Not just inappropriate, a violation of the Hatch Act, if true.

Back when I was the Hatch Act lawyer in the White House (apparently they no longer employ one), this would mean campaign would have to pay appropriate costs for the trip. Reporters should ask if Trump Campaign will. https://t.co/o8rYMgVj0c

There’s just one problem that the internet jumped all over. The Hatch Act does not apply to the president.

The Office of Special Counsel (OSC), which handles Hatch Act matters, issued guidance earlier this year that says an incumbent president running for reelection counts as a candidate under the Act, so federal employees can’t engage in activity “directed at the success or failure of the President’s candidacy.”

The President, however, is specifically excluded from those “federal employees” covered by the Act.

The OSC’s website features frequently asked questions, including, “Are all federal employees covered by the Hatch Act?” Their answer:

No. For purposes of the Hatch Act, the term “federal employee” means any individual, other than the President and the Vice President, employed or holding office in one of the following:

Additionally, under the Hatch Act, the term “federal employee” does not include “a member of the uniformed services or an individual employed or holding office in the government of the District of Columbia. “​​

That means that not only was Trump not in violation of the Hatch Act, but neither were the troops who received the hats.

Twitter jumped on what they believed was an apparent misapplication of the very law he claimed to have focused on in his old job.

Doesn’t it explicitly exempt the Pres (and others)?

This was highlighted by an exchange between University of Iowa Law Professor Andy Grewal and Andrew Kloster, Deputy Director of the Center for the Study of the Administrative State at George Mason University’s Antonin Scalia Law School. 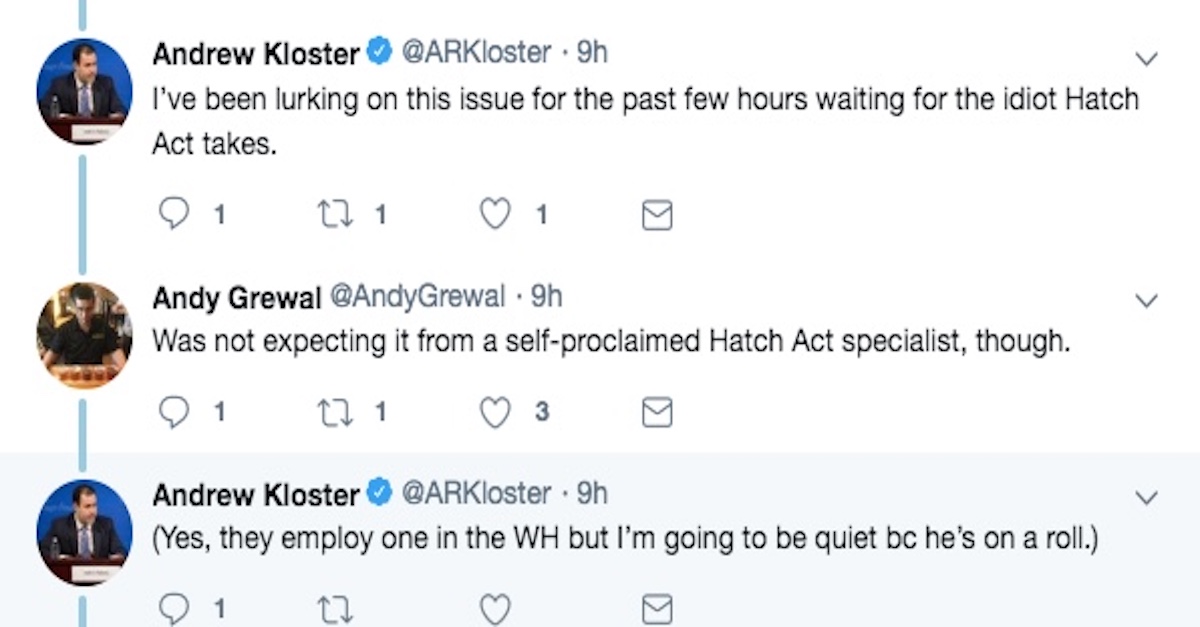 The Hatch Act does not apply to the President. But 5 CFR 734 implements the Hatch Act and requires an allocation of all trip costs when political activity takes place. If the facts described were true and campaign didn’t pay portion, that’s a violation. https://t.co/6vOi8Gq8KP

Bassin explained in a phone conversation with Law&Crime that when the president takes a trip, attorneys make determinations as to whether they are designated as official, political, or mixed. If they are political, the campaign pays. If mixed, the campaign pays for an appropriate percentage. If a plan for a trip deviates and unexpected political activity takes place, then campaign funding must be figured out later.

Campaigns do not have to pay in advance, they just have to reimburse the Treasury Department within a reasonable time. If they don’t it’s a violation of the Hatch Act, although the president would not be the one in violation, as they are exempt from the Act.

However, 5 CFR 734.503 includes an example of where a president takes a motorcade to a political event, saying that the cost of the motorcade does not have to be paid for by the campaign. This begs the question of what costs would the Trump campaign have to bear on the president’s Iraq trip, which was by all measures meant to by official, with the only political activity being giving out MAGA hats. Bassin admitted that this would be “a pretty small percentage,” but still a percentage, nonetheless. He distinguished the motorcade example from a trip to Iraq on Air Force One, in that Air Force One is much more expensive, and charging the campaign for a motorcade could cause security concerns if the president decided not to use one to avoid the cost.

Note: This article has been updated to include Bassin’s response and further analysis of the Hatch Act’s implications on presidential activity.