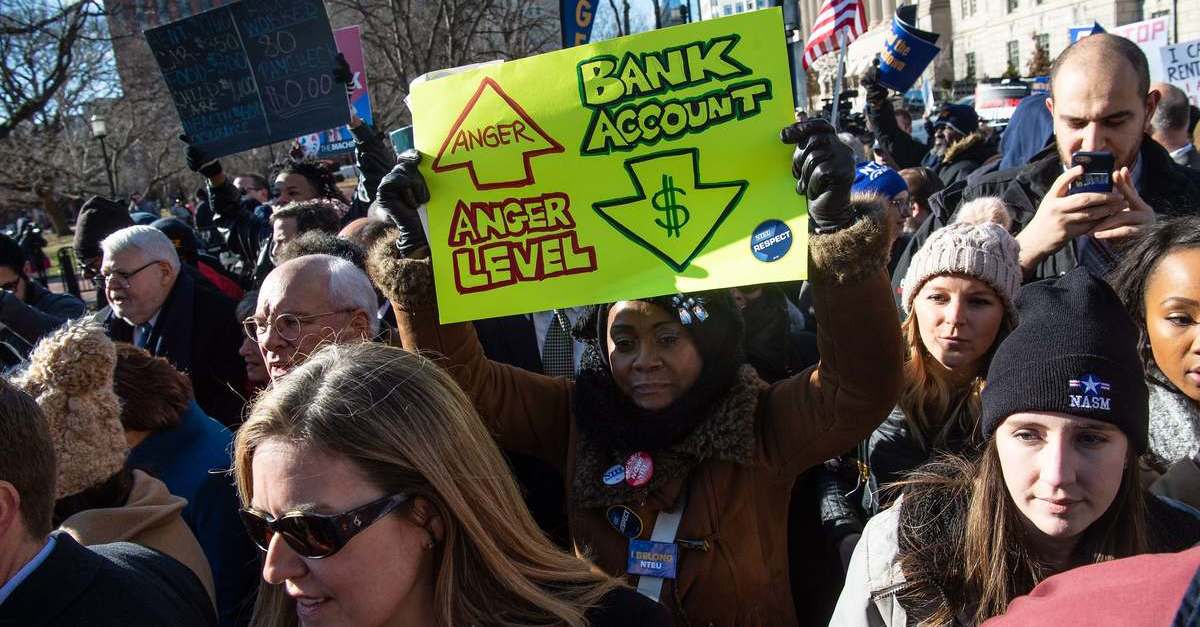 Furloughed federal workers are facing more than an open-ended–though technically temporary–lack of a job and paycheck. Thousands of workers also have to pay back interest on their government-issued and federally-managed credit card debt.

This isn’t just government employees complaining about the side effects of a sweet deal. That is, furloughed workers aren’t simply stuck with foreseeable interest payments because the Internal Revenue Service has an IRS-employee-only credit card offer. Rather, these workers are paying back work-related expenses previously incurred at the job they can’t currently go back to.

According to Bloomberg, such employees “are receiving credit card bills — for which they are personally responsible — for work-related expenses they incurred before the shutdown, but can’t get reimbursed because their agencies are mostly closed and funds are frozen.”

“It’s just crazy what we’re having to put up with,” Michael Gonzales, a vice-president with the Professional Aviation Safety Specialists union, told the outlet. “Something has to be done here. It’s just bizarre.”

An unnamed official with the American Federation of Government Employees union estimated that the number of federal employees expected to pay interest on government-issued cards for government-related spending likely numbers in the tens of thousands because most federal agencies now mandate that federal employees put work credit cards in their own names and pay the bills back themselves.

An anonymous air-traffic controller cited by Bloomberg said that he was recently forced to pay back $2,000 on a government credit card over work-related travel because he was concerned that not paying the bill might get him in trouble with agency and bank rules on spending and repayment–regardless of the shutdown.

JPMorgan Chase & Co. spokesman Thomas Kelly said that as a card issuer, his bosses have agreed to shield federal employees from credit downgrades over late payments due to the shutdown.

“We don’t charge late fees or interest on those cards, and have been telling that to the employees,” Kelly told the outlet. “We also have told them to pay us once they get reimbursed.”

Though the card issuer’s generosity has been noted in lieu of the shutdown, Gonzales said it’s not really enough.

According to the union vice president, many of his members are still required to travel for work and they simply don’t have enough money in savings to pay the bills if they’re not receiving steady pay checks.

Law&Crime reached out to the Professional Aviation Safety Specialists union for additional comment and clarification on this story, but a recording in effect since December 26, 2018 simply noted that the group’s offices were closed due to the shutdown.