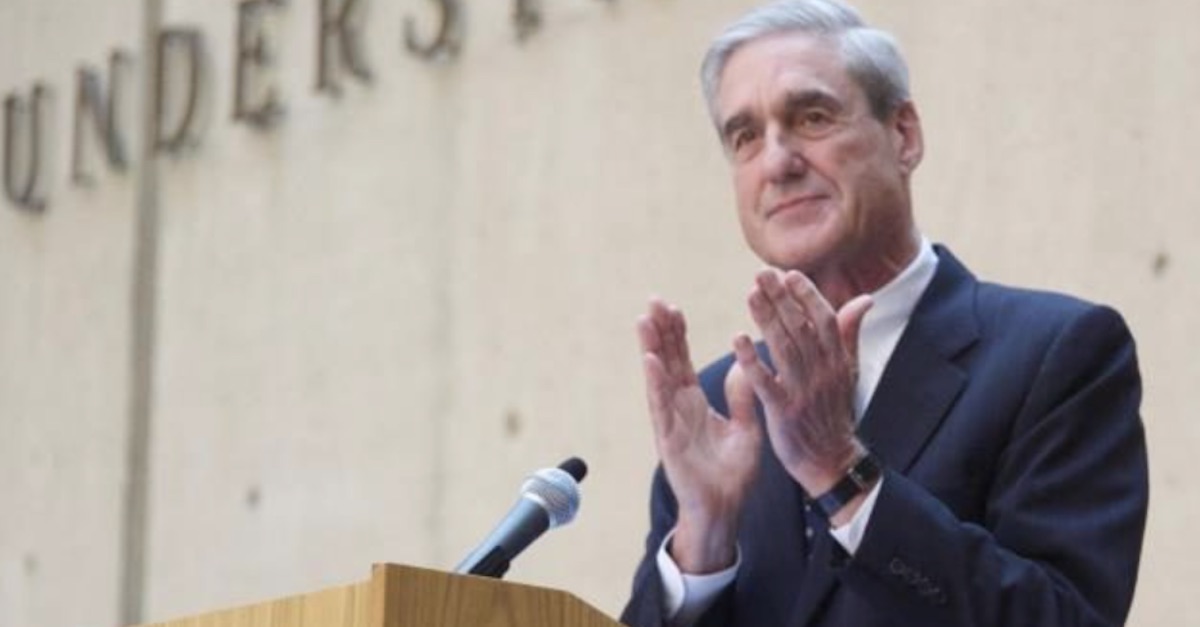 Attorneys for accused Russian troll farm Concord Management and Consulting LLC were disabused of their latest theory by a federal court on Wednesday afternoon.

As Law&Crime previously reported, Concord Management had argued in a Tuesday filing that their case was not so dissimilar from the admitted behavior committed by well-paid lawyers at one of the nation’s top law firms. Former Obama White House counsel Greg Craig left Skadden in mid-2018 after it was reported that federal prosecutors were considering charges against him over his links to former Trump 2016 campaign chair Paul Manafort and Craig’s own work lobbying for the Ukraine.

“For selective prosecution purposes, Concord and Skadden are similarly situated at least in part because both are alleged to have conspired to defraud the DOJ’s FARA Unit,” that Tuesday filing noted. “Skadden acknowledged its culpability for such conduct by paying millions of dollars to DOJ in order to obtain the declination. Skadden’s conduct is far more direct, obvious, and egregious than what is alleged against Concord, yet Skadden was not prosecuted.”

A footnote in that filing leveled an additional criticism against special counsel Robert Mueller due to the Trump DOJ’s decision to let the high-powered and politically-connected Skadden crew off with the legal equivalent of a slap on the wrist.

“The Special Counsel completely ignores the fact that there exists no statute under which Skadden could pay a penalty to the United States absent a FARA conviction,” the filing points out.

It bears pointing out, however, though this criticism was directed at Mueller and his team, the decision to let Skadden skate on Craig’s behavior was made by prosecutors in the U.S. Department of Justice–not Mueller’s team.

Mueller, for his part, rubbished Concord Management’s claim of selective prosecution, saying the Russian company had failed both parts of a two-part test necessary to obtain discovery over such allegations.

“A defendant is not entitled to discovery on a claim of selective prosecution absent a ‘colorable showing’ that (1) the defendant was ‘singled out for prosecution from among others similarly situated’ and (2) ‘the prosecution is improperly motivated, i.e. based on an arbitrary classification,” Mueller argued. “Concord’s second motion fails both prongs [of the test].”

Using a simplified version of the above test, the court determined that defense attorneys had failed to produce evidence showing that Mueller and his army of attorneys had employed either discriminatory effect or discriminatory intent when they decided to put the screws to Concord Management.

The misconduct ascribed to Skadden in the declination letter is not similar in nature or scope to the conspiracy charged here. Although Skadden is alleged to have made false and misleading statements to the FARA Unit between 2012 and 2014, the statements were allegedly made by a single former partner of the firm, and there is no allegation that the firm condoned, much less contributed to, the former partner’s false and misleading statements. Significantly, unlike here, there is no claim that the firm engaged in a wide-ranging conspiracy with others to interfere with U.S. political processes and defraud the Federal Election Commission, the Department of State, and the Department of Justice.

[image via Image via FBI]