EPA: No Evidence of Death Threats Against Pruitt | Law & Crime

EPA: ‘Zero Records’ of Any Death Threats Against Scott Pruitt, Despite Trump Tweet 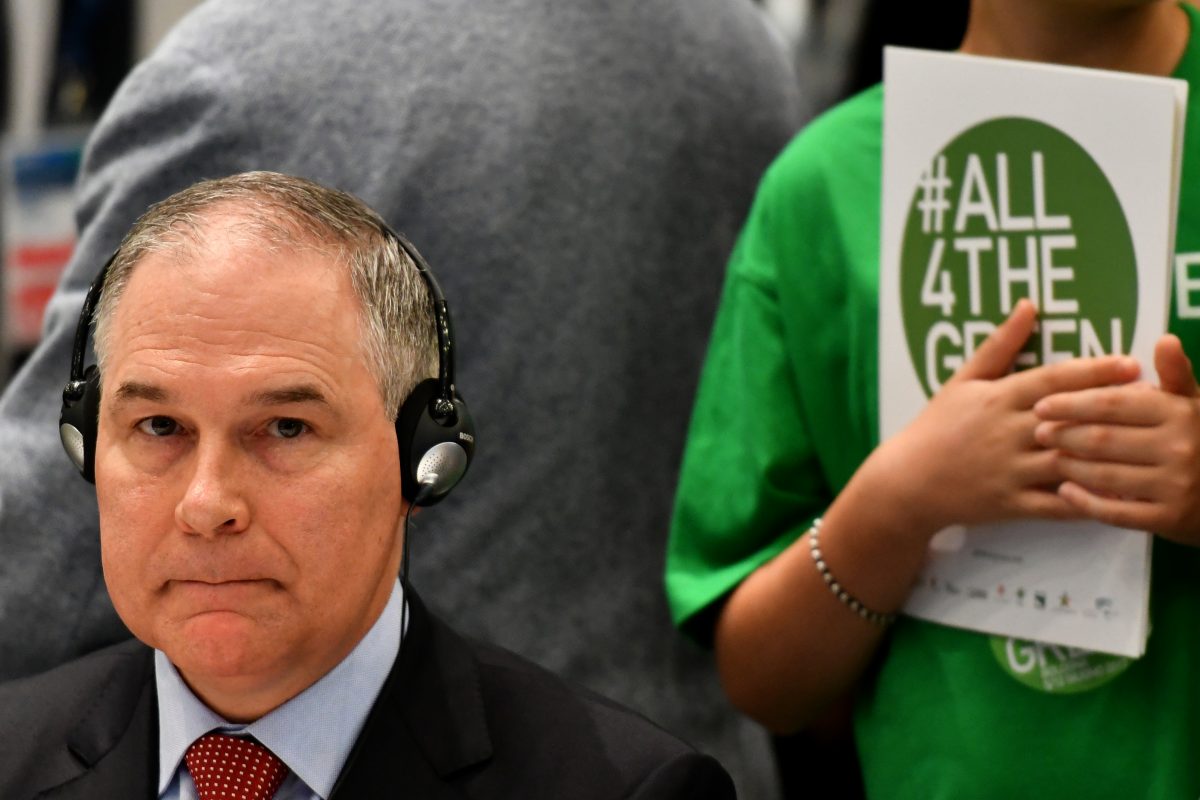 The Environmental Protection Agency (EPA) apparently has no evidence of any death threats made against agency head Scott Pruitt, despite allegations to the contrary, including a recent tweet from President Donald Trump.

While Security spending was somewhat more than his predecessor, Scott Pruitt has received death threats because of his bold actions at EPA. Record clean Air & Water while saving USA Billions of Dollars. Rent was about market rate, travel expenses OK. Scott is doing a great job!

According to numerous Freedom of Information Act (FOIA) requests filed by various media outlets and reporters, the conservation-themed agency has “zero records” responsive to inquiries regarding any and all death threats made against the embattled agency director.

I had filed a #FOIA with EPA for any records of death threats made against Scott Pruitt. EPA said it had zero records.

I had filed a #FOIA with EPA for any records of death threats made against Scott Pruitt.

Leopold then suggested that maybe the agency was just lying to him about those threats. In a later tweet, addressing possible criticism of his methods, Leopold clarified that those FOIA requests were lodged with both the EPA’s headquarters and Inspector General’s office.

The Washington Post and Associated Press previously conducted similar investigations into these alleged death threats against Pruitt, but both news agencies came up empty-handed as well.

Officials speaking on behalf of Pruitt have frequently cited to alleged death threats against him when pressed to account for the unprecedentedly expensive–and oftentimes lavish–spending requests issued by Pruitt and his inner circle. EPA spokesman Jahan Wilcox said the following in comments to Fox News on Sunday:

According to EPA’s Assistant Inspector General, Scott Pruitt has faced an unprecedented amount of death threats against him and his family. Americans should all agree that members of the president’s Cabinet should be kept safe from these violent threats.

That may not be entirely accurate.

Patrick Sullivan is the EPA’s current assistant inspector general. Sullivan is the agency official tasked with investigating any threats made against EPA personnel. A September 14, 2017 E&E News story by reporter Kevin Bogardus noted that Sullivan had opened at least four investigations into alleged threats against Pruitt. None of those alleged threats, however, were characterized as “death threats” by either Sullivan or Bogardus in the story, which was itself based on various FOIA-obtained documents provided by the EPA.

“The U.S. attorney’s office determined that there was no probable cause to meet the statute and there was no crime committed, so they declined,” he added.

The author of that “implied threat” sent Pruitt a postcard and later apologized to EPA agents for doing so. Another postcard addressed to Pruitt called the agency director an “evil” and “ignorant fuck,” but was also determined not to contain any sort of legally cognizable threat and was ultimately dismissed by Sullivan and his investigative team.

In a New York Times report from last Thursday by reporters Eric Lipton, Kenneth P. Vogel and Lisa Friedman, Wilcox allegedly said, “They run the variety of direct death threats — ‘I’m going to put a bullet in your brain’ — to implied threats — ‘If you don’t classify this particular chemical in this particular way, I’m going to hurt you.”

It is presently unclear exactly which threats Wilcox is referencing in the above-quoted language–but some of those alleged threats bear similarities to previous threats noted by Sullivan in the E&E story: except those direct threats were made against Obama era EPA chief Gina McCarthy.