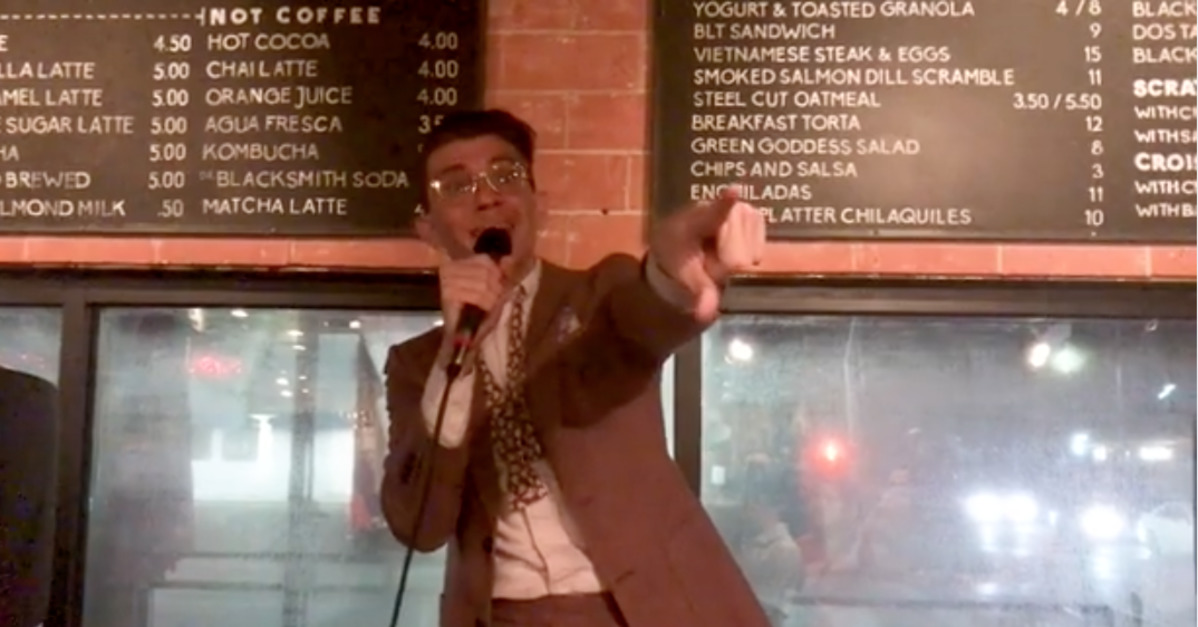 The Blue Wave caught a rose-colored tinge as it washed upon the shores of Harris County, Texas. On Election Day, Houston elected its first ever Democratic Socialist.

Franklin Bynum is a 35-year-old former public defender and defense attorney most recently in private practice. He’s also a member of the Houston Democratic Socialists of America (DSA) as well as an avowed opponent of the standard prosecutorial bureaucracy.

In an interview with left-leaning magazine Jacobin earlier this year, Bynum took aim at the side of law and order that’s celebrated more often than not. In no uncertain terms, he said:

A prosecutor in the United States is operating one of the largest, most oppressive punishment bureaucracies in the world. I have always been acutely aware of this when I was growing up in Harris County, Texas, which sent dozens of people to their deaths every year. It’s prosecutors seeking those sentences. When I say that I’ve never been a prosecutor, what I mean is that I’ve never made that compromise.

And now Bynum, a political newcomer though not quite what you’d call a political novice, is the judge-elect who will oversee Harris County Criminal Court at Law Number 8.

In an interview with the Texas Observer, Bynum continued his systemic critique of the legal system but also offered some insight into what a socialist would do differently.

“Who are these courts being operated for?” Bynum asked out loud. “Right now, it’s the police, the bondsmen and the prosecutors, and people are just the raw material to be chewed up. A democratic socialist judge would make the courts work for the people.”

Houston DSA provided Law&Crime the following statement about Bynum’s successful candidacy and what it means for broad-and-specific reforms going forward.

Houston DSA is thrilled that three of our members were victorious on election night, including judges-elect Franklin Bynum and DaSean Jones. Harris County’s criminal courts embody some of the worst judicial practices in the country — jailing the poor, excessive court appearances, and forced plea deals. Franklin focused his campaign on bringing a message of liberating change directly to the communities most affected by this system, and in doing so not only won this election, but built a strong base on which we will continue organizing — another step in our broader campaign of democracy, equity, and building a better world for everyone.

(Along with Bynum and Jones–Jones–who was elected as the district judge for Texas’ 180th District–DSA member Danny Norris was elected as a trustee to the Harris County Department of Education.)

In the Observer interview, Bynum singled out Harris County’s current slate of misdemeanor court judges for sidestepping a federal court order to stop incarcerating people too poor to afford bail. He also said he planned to hold clinics to help people with everyday issues like remedying their expired or suspended driver’s licenses.

During the campaign, Bynum waited outside the county jail with voter registration forms and relied on the Houston DSA as his campaign’s volunteer base. He was ultimately endorsed by Houston’s historically conservative daily newspaper the Houston Chronicle–in part because his Republican opponent was an avowed foe of gay marriage.

Bynum also takes pains to distinguish himself from traditional Democratic Party politicians and their typical messages of resistance without much of an alternative.

“It’s about showing we have a vision of a better future, in a time when there’s an overwhelming sense of despondency and most Democrats are doing nothing to dissuade us of that,” Bynum said. “A democratic socialist campaign says, ‘let’s talk about what our aspirations are, how we want to live with each other — and let’s build a movement.'”

On the Simple Justice legal blog, Bynum cast his fight as part of a generational turn away from the old days of publicly-subsidized, privately-profitable American capitalism and the unraveling bi-partisan consensus about government’s basic role in people’s lives.

“The only group that expressed net positive support [in polling] for capitalism were people over 50 years old,” Bynum told the blog. “The largest generation of Americans in history–millennials–have lost confidence. They are interested in finding a better way.”

Bynum could be referring to any of several opinion polls on the subject. In 2016, the Gallup poll found 55 percent of 18-29 year old respondents had a favorable view of socialism. That same poll showed roughly equal numbers of respondents–57 percent–with a positive view of capitalism. Two years later, however, socialism took a slight dip in the same poll–while capitalism plunged into the mid-40s. In 2018, socialism was the clear preference for most millennials.

And in Harris County, buoyed by a monumental surge in youth voting that almost excelled the senior vote there, Bynum’s generational cohort took him easily across the finish line.

In the general election, the Democratic Socialist and his professedly “radical campaign” handily defeated Republican Dan Simons who had asked the rapidly growing area’s voters to “Reject Socialism.”

In Houston this year, and by sizable margins, Texans did exactly the opposite.