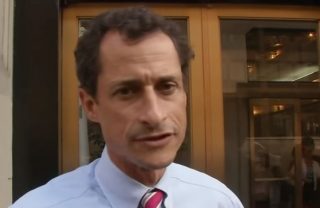 After word got out that former Congressman Anthony Weiner was supposedly engaging in sexual text message conversations with a 15-year-old girl, a candidate for New York State Assembly wants to do something about it. Democrat Dean Hart announced on Friday that should he win his race, he’ll propose new legislation against this behavior once he gets to Albany.

“There is an inherent disconnect between what our society considers lewd and unacceptable behavior and what is actually illegal,” Hart said in a statement. Current laws prohibit people from sending sexually explicit images or videos to minors, or soliciting them for sexual activity, but sexually charged conversation is permitted.

“As as member of the state Assembly,” Hart said, “I will introduce the ‘Anthony Weiner bill’ to close loopholes where adults can get away with creepy behavior that includes sending sexually charged messages to innocent minors.”