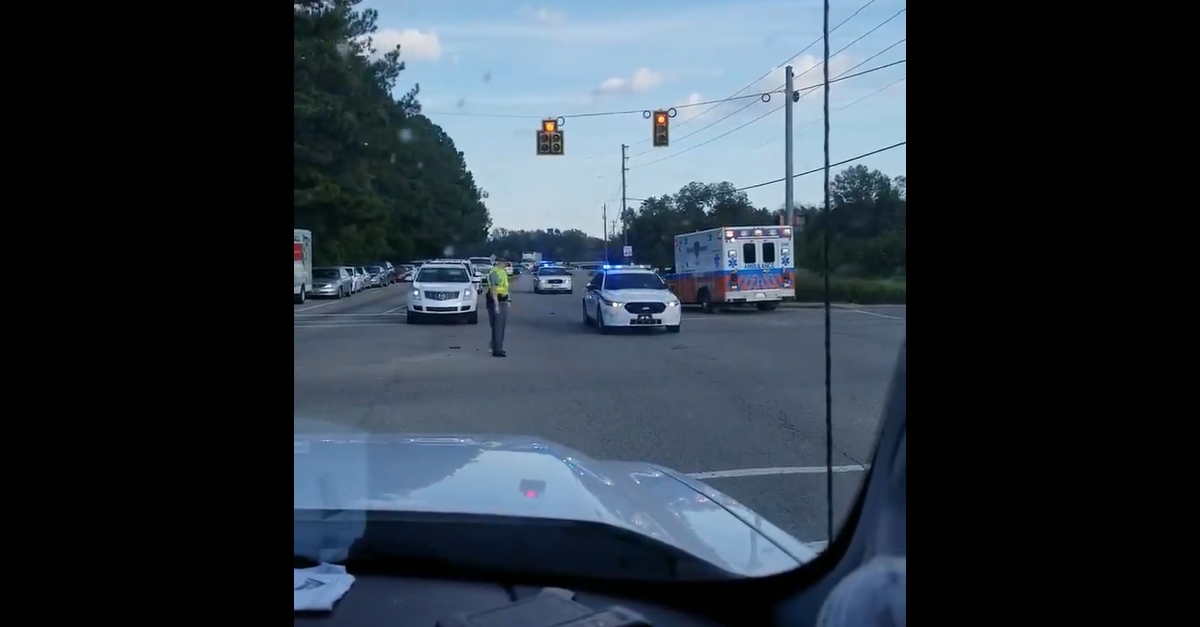 Five law enforcement officers were shot Wednesday in Florence, South Carolina. Chief Deputy Glen Kirby, of the Florence County Sheriff’s Office, told WLTX that three deputies and two cops were struck. The active shooter situation has reportedly ended with a person in custody. One of the victims has died. The shooting is said to have happened at a local apartment complex.

BREAKING: A Florence City Police officer has died following an active shooting situation in the Vintage Place community of Florence.

BREAKING UPDATE: One Florence City Police officer has died after Thursday’s shooting at an apt complex in Florence. #FlorenceShooter @TonyaWPDE live now with more on ABC15 live and online

The other police officer, and the three deputies are a hospital, according to WPDE reporter Tonya Brown. So is the alleged shooter. His condition is publicly unknown.

“The active shooting situation is over and the suspect is in custody,” the county’s 911 Central Dispatch wrote in posts on Twitter and Facebook. “We are asking everyone to stay away from Vintage Place as there is still an active crime investigation in progress.”

Note: This story was updated with available information.