Bill Cosby on the Stand? Experts Say It Would Be a Huge Risk | Law & Crime

Bill Cosby on the Stand? Experts Say It Would Be a Huge Risk 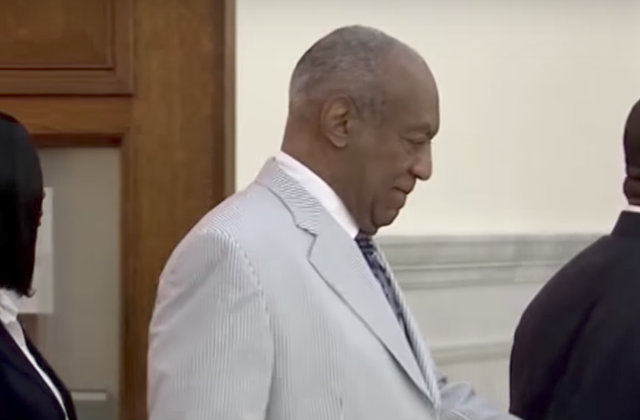 NORRISTOWN, Pa. (AP) — Entertainer Bill Cosby didn’t answer when asked the question so many want to know, but his spokesman dangled the possibility.

Cosby might testify at his sexual assault trial. Spokesman Andrew Wyatt told reporters on Friday that Cosby’s team was still evaluating whether to have him take the witness stand.

Legal experts, however, say putting the 79-year-old on the stand would be an enormous risk as he fights charges he drugged and violated Andrea Constand at his suburban Philadelphia home in 2004. Cosby has said the encounter was consensual.

Prosecutors would be able to grill the Cosby on the lurid details of his decade-old deposition testimony that jurors heard Friday, including admissions that he obtained quaaludes to give to women he wanted sex with.

Having Cosby testify also could spoil his lawyers’ successful efforts to prevent jurors from hearing about the more than 60 other women who say he assaulted them since the 1960s.

“He is potentially opening the door to a whole lot of cross-examination that they fought really hard to keep out,” said Duquesne University law professor Wes Oliver.

Prosecutors rested their case Friday after five brisk days of testimony from 12 witnesses. They saved Cosby’s damaging deposition testimony until practically the very end. The defense starts its case on Monday.

Cosby didn’t respond Friday when asked by The Associated Press if he would take the stand to defend himself against the charges that could put him in prison for the rest of his life. His lawyers also declined to disclose their strategy or say who will testify when they begin presenting their case.

Prosecutors were limited to calling just two accusers to the stand: Constand and another woman who says Cosby assaulted her in similar fashion at a Los Angeles hotel bungalow in 1996.

But if Cosby testifies, prosecutors could be permitted to call other accusers to rebut Cosby’s testimony, said lawyer Joseph Amendola. His client, convicted child sex abuser Jerry Sandusky, had wanted to testify at his 2012 trial, but that would have allowed prosecutors to have his adopted son testify about alleged abuse during rebuttal testimony.

Testifying under oath in 2005, Cosby said he obtained several prescriptions for quaaludes in the 1970s and offered the now-banned sedatives to others, “the same as a person would say, ‘Have a drink,'” according to the deposition read to the jury.

“When you got the quaaludes, was it in your mind that you were going to use these quaaludes for young women that you wanted to have sex with?” the comic and “The Cosby Show” star once known as America’s Dad was asked.

In the deposition, which became public nearly two years ago, Cosby said he gave Constand three half-tablets of the cold and allergy medicine Benadryl.

Prosecutors have suggested he gave her something stronger — perhaps quaaludes, which were banned in the U.S. in 1982.

Cosby gave the deposition as part of a lawsuit filed by Constand, the former director of women’s basketball operations at his alma mater, Temple University. He later settled for an undisclosed sum. His testimony was sealed for years until portions were released by a judge in 2015 at the request of the AP.

The release of the sensational testimony spurred Pennsylvania prosecutors to reopen their investigation and arrest Cosby a decade after the district attorney who originally investigated Constand’s complaint decided the case was too weak to bring charges.

About five dozen women have come forward to say Cosby sexually violated them, but the statute of limitations for prosecution had run out in nearly every case. Constand is the only woman whose allegations have resulted in criminal charges.

If Cosby testifies and prosecutors are then allowed to ask about those other women, said Oliver, the Duquesne University law professor, it would drastically tilt what, in the eyes of the jury, amounts to a “he said, she said” case.

“The more shes there are, the worse it is for the defendant,” he said. “It would be very bad for him for the jury to even begin to think about the other women.”

Cosby’s wife, Camille, has yet to be seen in court. Wyatt said the TV star told her stay away so that she wouldn’t have to endure the “media circus.”

The AP does not typically identify people who say they are victims of sexual assault unless they grant permission, which Constand has done.
___

For more on Cosby, including trial updates, historical photos, videos and an audio series exploring the case, visit: www.apnews.com/tag/CosbyonTrial