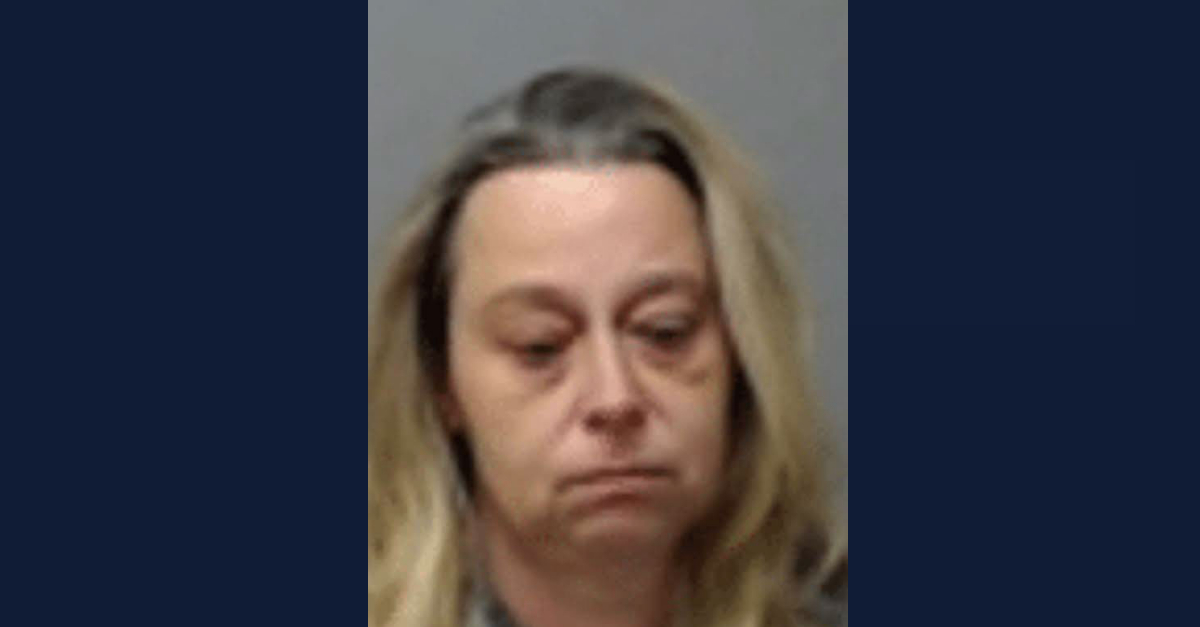 Rebecca Lynn Henley (above in photo courtesy of Baxter County Sheriff’s Office)/ is charged with murder.

An Arkansas woman was arrested and charged with murdering her son over the weekend—just 12 days after being awarded custody of the teen.

Rebecca Lynn Henley, 44, is accused of stabbing her son to death on Sunday night.

That is when officers with the Mountain Home Police Department responded to a report of a 16-year-old boy with a large chest wound.

An officer with the Mountain Home Police Department told Law&Crime that the boy was rushed to a local hospital but succumbed to his wounds within hours.

Henley was arrested at the scene and booked into Baxter County Jail on suspicion of first-degree murder just after midnight, according to inmate records.

The stabbing is still under investigation by the Mountain Home Police Department and Arkansas State Police.

Henley called to report the stabbing around 10:45 p.m. on Sunday, according to the probable cause affidavit. She allegedly told dispatch that she “just woke up and stabbed my son.”

She was read her rights soon after officers arrived on the scene, and she later told investigators she killed her son to “save everyone,” according to the probable cause affidavit.

A second son who was in the home on Sunday did not sustain any injuries.

The probable cause affidavit also upgraded Henley’s charge from suspicion of murder to murder in the first degree.

That is a Class Y felony in Arkansas. Crimes that fall under that bracket carry a minimum sentence of ten years and a maximum of life in prison.

Henley had just been awarded custody of the boys (court document above).

All of this comes after Henley petitioned the court for custody of her sons in documents claiming she feared for the boys’ safety.

On March 8, Henley was awarded sole custody of her two sons in an ex parte order of protection that extended until March 30, when she and her estranged husband Trevior Henley were to face off in court.

She had filed for an order of protection against Trevior at least three times in the past year, but each time she asked the judge to either dismiss the filing or she failed to show for her court date.

I am requesting an order of protection against Trevior. He is a drug addict + performs lewd sexual acts when using in front of the family. He’s extremely paranoid and thinks the world is against him. He has been the provider for the children + myself + refuses to help us unless I do certain things that he considers an obligation. He has threatened to cut us off because I would not apologize for asking that he pay rent (which is 11 days late) he has also physically threatened me. I am in fear for our safety financially as well as physically, + mentally

That was dismissed, however, by the end of the month.

Another filing from January 2022 was dismissed in February.

Then, on March 8, Henley again filed for an order of protection, writing:

I had a previous order of protection and was in fear for myself and the safety of my children. Trevior continues to use drugs and has again started threatening me using mental abuse against myself and children. I was advised by Baxter County officers to again petition for protection. They were unable to locate Trevior in February due to no information where he was.

The couple was set to be in court on March 30.

Henley previously served a single day in jail after she was charged with public intoxication and resisting arrest in 2013.

A year later, the Office of Child Support Enforcement took Henley to court, but that case and all filings are under seal.