Dineane Ducharme Gets Life in Prison for Robert Caraballo Murder

Michigan Woman Sentenced for Murder of Stepfather Who Was Pushed Down Stairs, Beaten with Hammer, Suffocated, and Burned in Footlocker 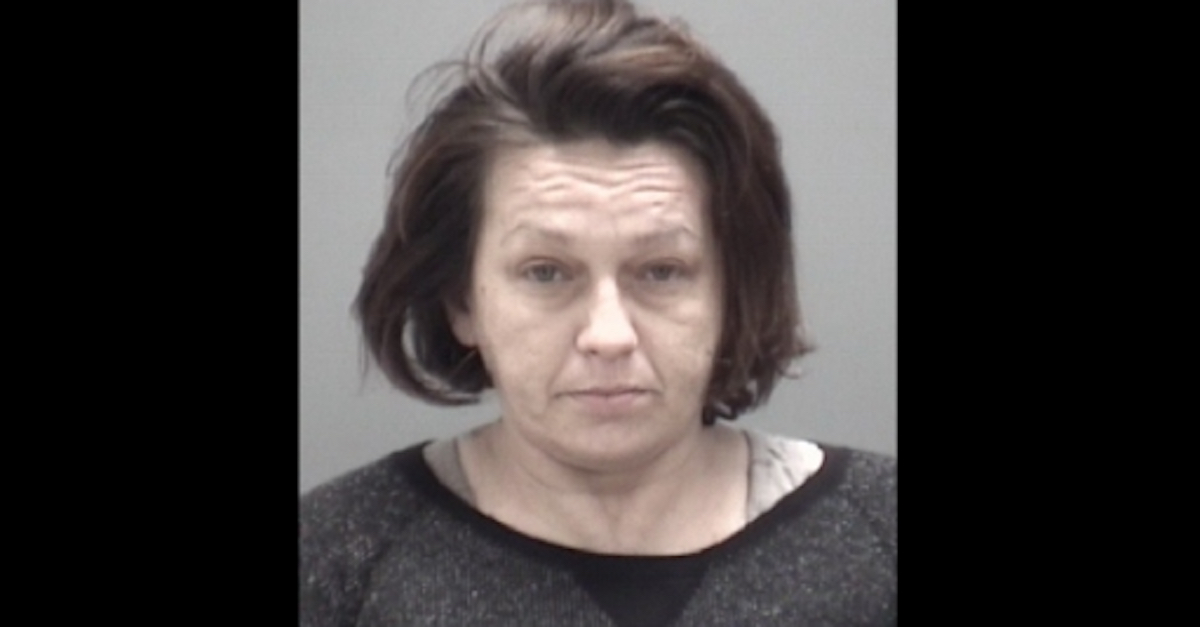 A woman in Michigan will be spending the rest of her life in prison for her role in brutally killing and covering up the death of her stepfather 20 years ago.

Eaton County Circuit Court Judge Janice Cunningham handed down a mandatory sentence of life without the possibility of parole to Dineane Ducharme for the 2002 murder of Robert Caraballo, prosecutors announced Tuesday.

An Eaton County jury in December found Ducharme guilty on one count each of first-degree murder, conspiracy to commit murder, and disinterment and mutilation of a dead body. Under Michigan law, a conviction of first-degree murder mandates a sentence of life without the possibility of parole.

Ducharme, her mother Beverly McCallum, and her friend Christopher McMillan in 2018 were all charged with Caraballo’s murder. McCallum was married to Caraballo, 37, at the time of his death.

McCallum had fled to Italy after the murder but was arrested in Rome in 2020. Eaton County Prosecutor Douglas Lloyd told the State Journal in December that she was still being held in a jail in Rome awaiting extradition back to Michigan.

Caraballo’s charred remains were discovered in a burned up metal footlocker that was left near an Ottawa County blueberry field in 2002. The remains weren’t identified, however, until the Ottawa County Sheriff’s Office asked a professor at Hope College to make a documentary about the case in 2005. According to a report from Grand Rapids NBC affiliate WOOD-TV, that documentary led to a tip that helped investigators identify the remains as belonging to Caraballo in 2015. Investigators used dental records and DNA to confirm the identity, per the prosecutor’s office.

A year after the trio was indicted, McMillan reached a deal with prosecutors in which he pleaded guilty to second-degree murder in exchange for a prison sentence of 15 to 31 years. Under the terms of his plea agreement he was also required to testify against Ducharme and McCallum.

McMillan reportedly took the stand during Ducharme’s trial and told the jury that McCallum wanted out of her marriage to Caraballo and came up with the idea to kill him and get rid of his body.

The murder reportedly took place in the basement of a house located in the 1200 block of Horatio Street in Charlotte.

“[McMillan] testified in court that the murder was McCallum’s idea because her marriage was unhappy,” WOOD reported. “He said that McCallum shoved her husband down the stairs, Ducharme and McCallum beat him with a hammer and the two then suffocated him.”

The three then stuffed his body in the footlocker, set it ablaze, and discarded it in the woods.

McMillan also reportedly testified that all three defendants held a “test run” of the murder one day prior to going through with the deed.

Ducharme at trial reportedly admitted to helping dispose of Caraballo’s body, but maintained that her mother was the one who actually killed him.

“Today, Robert Caraballo’s family received another piece of closure that it deserves. Throughout the trial, the defendant decided to continuously play the blame game. She deflected all her responsibility and placed it solely on her mother,” Lloyd said in a statement on Tuesday. “It’s unfortunate to witness the defendant continue to not accept guilt for her actions, but I hope that the family finds a sense of justice in the outcome of this case.”