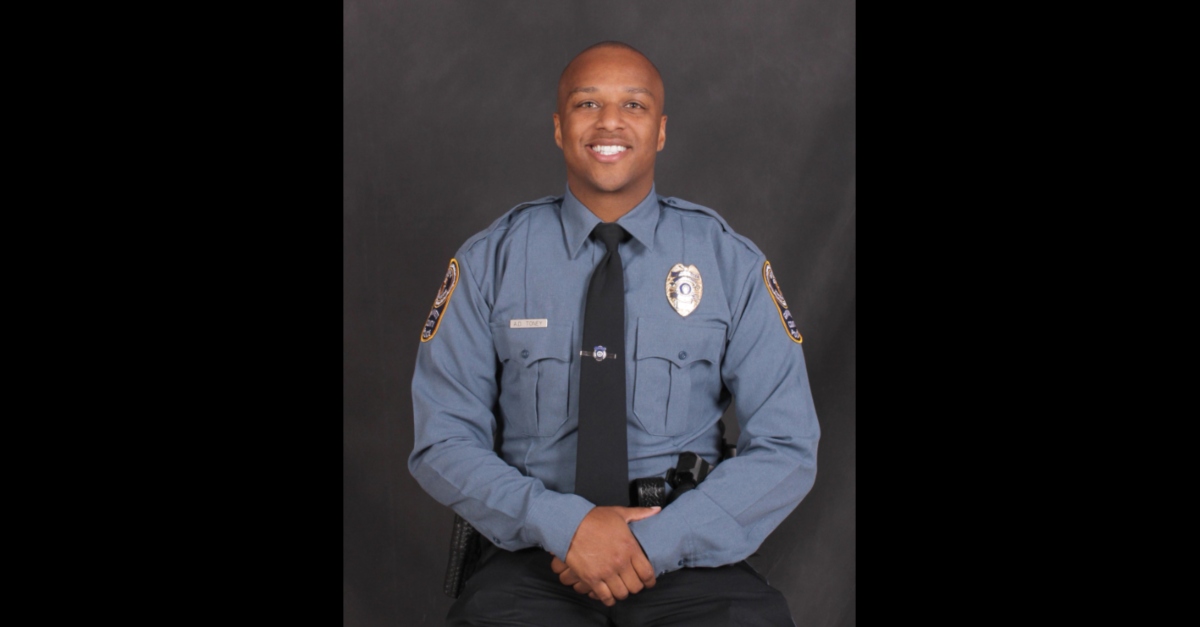 The GPD was Toney’s first police job, and he was shot just six days short of his third anniversary, cops said. He previously worked as a security guard.

The suspicious vehicle fled the scene, Gwinnett police said, but it crashed only a short while later. “As many as four suspects” ran off, cops said.

Toney died at the hospital.

Pretlow was the driver, and did not get hit by returning fire, according to police. Cops say they think Maynard is the shooter who took Toney’s life. The identity of any other suspects remains unknown.

That’s unclear at this point .Police chief seemed to say these are only two now . But witnesses said 4 ppl ran. Police say Pretlow was the driver , accused murderer was passenger.