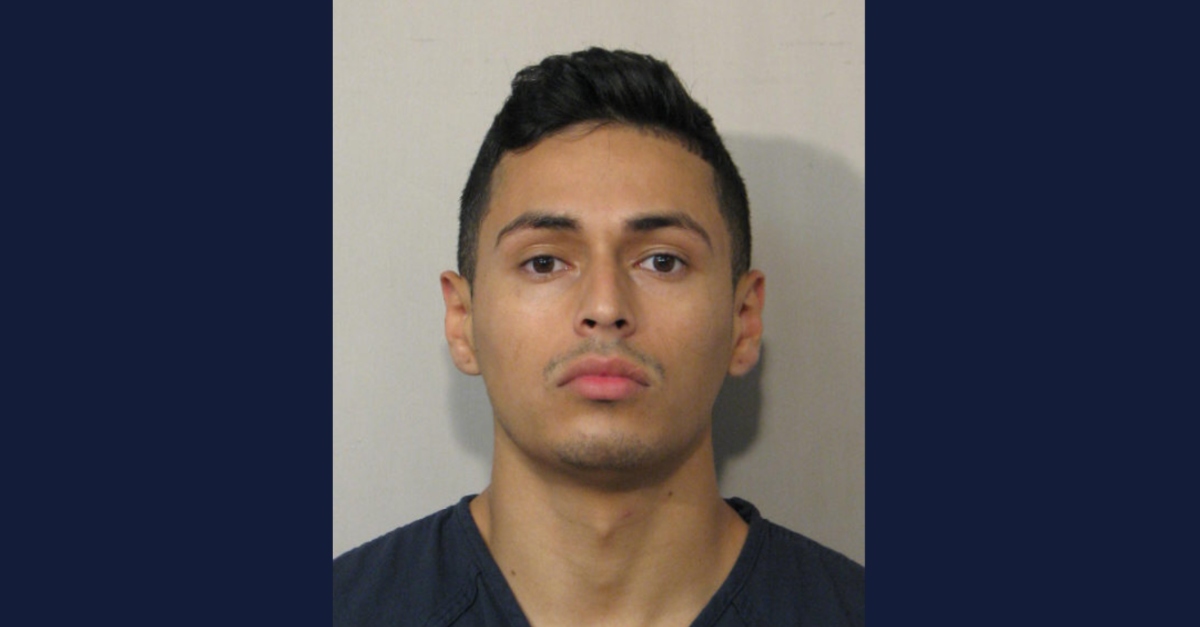 A Texas man caught national attention last year when police identified him as a person seen with a loose tiger on a Texas street, but animal trouble was the least of his problems.

Victor Hugo Cuevas, 27, was out on bond, charged with murdering Oseikhuemen Omobhude, 20. The other shoe dropped on Tuesday, as jurors returned a guilty verdict in the homicide case, according to KPRC.

Omobhude was fatally shot in the parking lot of a Buffalo Wild Wings near the city of Richmond on July 14, 2017, authorities said. Though mortally wounded, he reportedly managed to make his way to the restaurant. He died at Memorial Hermann Katy Hospital. Police said at the time that Cuevas was one of two gunmen. Milton Egbe was soon arrested as the second alleged shooter.

The unrelated tiger incident threw a wrench into Cuevas’s freedom before trial. The large male cat named India was spotted on a residential street in Houston, Texas. A man, later identified as an off-duty sheriff’s deputy, could be seen on footage pointing a gun at the tiger.

“Get the fuck back inside,” the law enforcement official told a man, who appeared to be the big cat’s caretaker. “Fuck you and your tiger.”

Authorities arrested Cuevas for felony evading arrest, saying he drove off with the tiger instead of staying for officials. His bond in the Omobhude case was revoked.

The deputy involved, Wes Manion of the Waller County Sheriff’s Office, had testified he was with the tiger for about 10 minutes to ensure the animal did not go after someone else, according to NBC DFW. Cuevas emerged from his home yelling “Don’t kill it,” took the tiger by the collar, and kissed it on the head before taking it back inside, Manion testified.

That affection was on display in reported social media posts about India.

“India was my pride and joy,” Cuevas wrote on Instagram last year, according to KTRK. “Taking care of him and raising him to be the happiest tiger in the world was the highlight of life.”

The big cat ended up missing but police found him safe.

An attorney for Cuevas had said at the time that his client did not own the cat and was only taking care of him, but Cuevas’s wife allegedly admitted to owning him.

HAPPENING NOW: We’re at Fort Bend County Court — Victor Cuevas, the man at the center of missing tiger 🐅 investigation just arrived for his bond hearing for an unrelated 2017 murder charge.
His lawyer maintains his client doesn’t own ‘India’ nor did he flee w/ animal. @KHOU pic.twitter.com/yWJSdOr9fU

The tiger owners have been identified by HPD as Victor Cuevas and wife Georgina “Gia.” Commander Ron Borza with HPD said Gia admitted she owned the tiger yet Cuevas’ attorney has told the media all week that his client didn’t own the tiger. @KPRC2 pic.twitter.com/Sc9emUsCEA

Attorney for Victor Cuevas release video of India the tiger playing with Cuevas, the man who is not the owner & currently in jail. #WhereIsIndia? Nobody knows. #HoustonTiger https://t.co/zEYN8E9tXs pic.twitter.com/EuFjxTJhXQ