‘I Am in Total Shock’: Man Fatally Shot 3 Young Children and Their Mother in Michigan Home, Relative Says 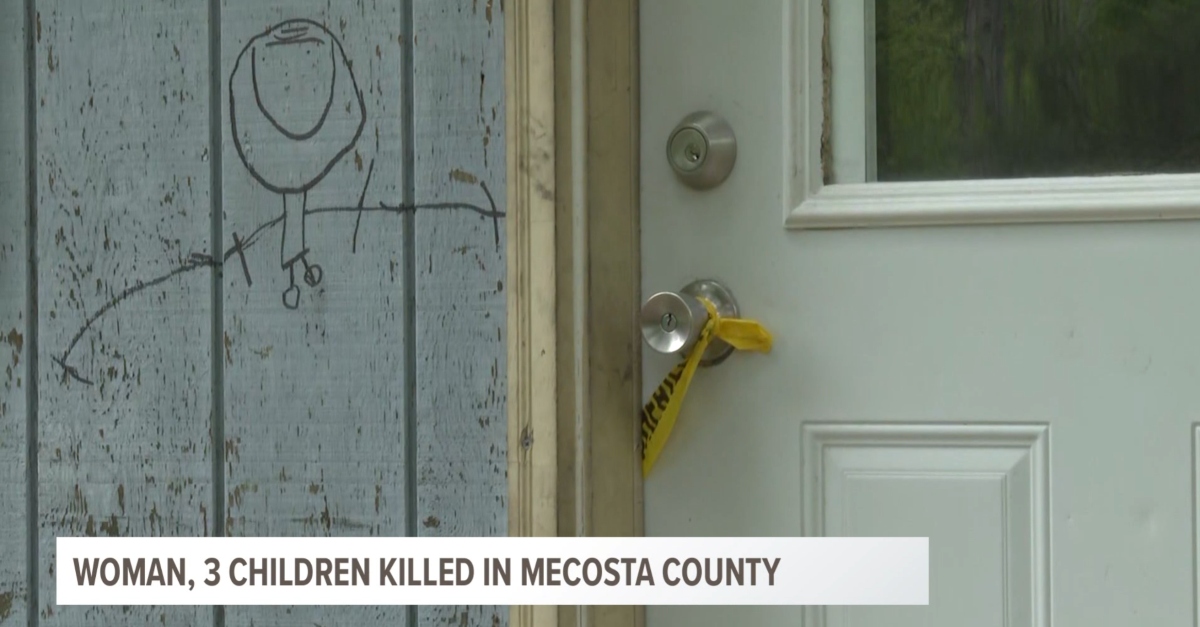 Home in which a man is suspected of shooting three children and their mother.

A man in Michigan is currently receiving treatment for a gunshot wound to the head, but if or when he gets better, he may have to contend with allegations that he shot and killed his children and their mother.

“The Mecosta County Sheriff’s Office is currently investigating the homicide of 3 young children and an adult female in Austin Township,” deputies said, without naming any suspects. Authorities did say, however, that they responded Friday at approximately 2:30 p.m. regarding a report of a man with a gun and shots being fired at a local home.

Although authorities did not name the people involved, that man was later identified by his stepdaughter as Charles Gillard, according to WZZM. Hailey Salisbury also named the children as her half-siblings Joshua Gillard, 3, Ronald Gillard, 4, and Katelynn Gillard, 6. Dawn Gillard, 40, was Salisbury’s mother.

Deputies said they found four people dead at the scene: three children under the age of 10, and a woman. The sole survivor was a man suffering a gunshot wound to the head, authorities said. He was taken to Spectrum Health Big Rapids Hospital, and then to Butterworth Hospital in Grand Rapids, investigators added.

Evidence suggested that man was responsible for killing the four victims, Mecosta County Sheriff Brian Miller said on Saturday, according to MLive. A person who was not shot had called 911 from outside the house. The investigation is ongoing.

“We’re not exactly sure what the circumstances were,” the sheriff said. “It’s tragic by all accounts.”

Miller reportedly confirmed that the woman was the children’s mother, and the man was her husband.

Officials did not say how the man sustained his gunshot wound. They only said in an update that he was taken to a third facility: Michigan Medicine in Ann Arbor.

Hailey Salisbury said that Charles Gillard opened fire on the children and their mother, according to WZZM.

“I am in total shock. I am so devastated,” she reportedly said.

She described him as being in critical condition.

“With our first-responders, almost everyone at the scene had children of their own,” Miller said. “I can tell you they took it very hard.”

Superintendent Roger Cole of Morley Stanwood Community Schools confirmed one of the children was a student at a local elementary school. He announced a candlelight vigil scheduled to take place at the Morley Stanwood football field on Monday at 7 p.m.

“Friday afternoon our community lost the lives of three beautiful children and their mother,” he said in a letter. “One of those children was a student at Morley Stanwood Elementary School. How it happened, why it happened, is not the focus of this letter. The loss of a life is always difficult, but when that loss is tragic, and yes senseless, it is that much harder to deal with.”