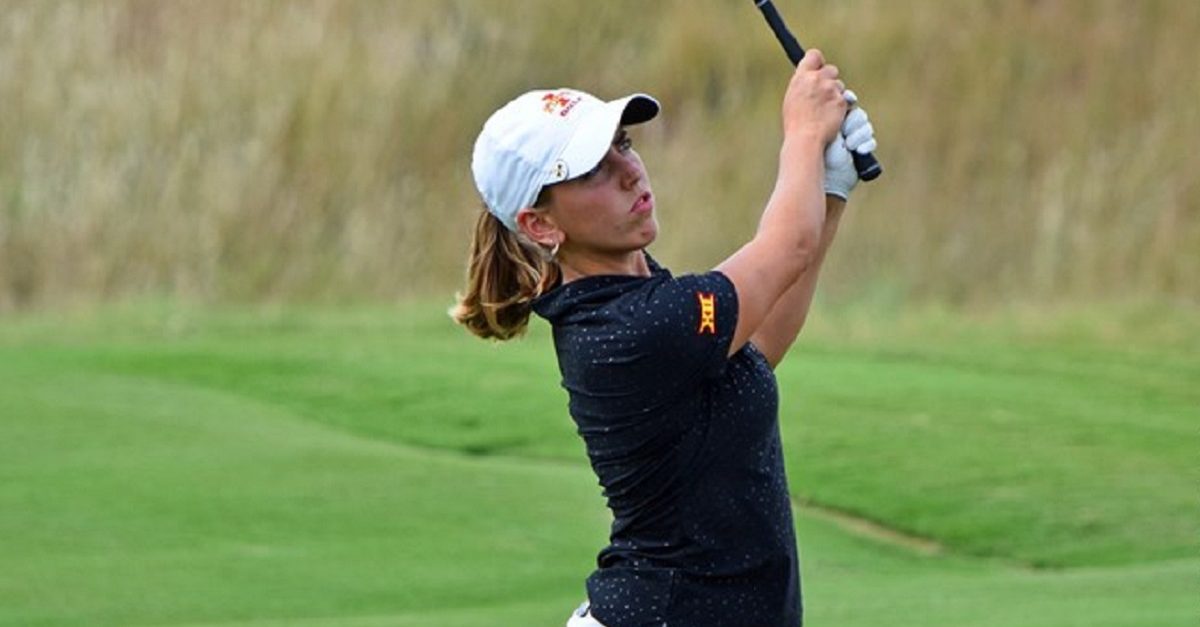 Ames Police said in a statement that they were notified after golfers spotted an unattended golf bag on the course. Officers responded to the scene and then found Barquin Arozamena’s body “some distance away,” they said. Cops said she appeared to have been assaulted before she died.

Police continued their investigation and eventually named Collin Daniel Richards, 22, as a suspect, charging him with first-degree murder for Barquin Arozamena’s death. The public defender’s office said Richards does not have an address or job, according to the Associated Press. He had a court appearance on Tuesday, with a preliminary hearing scheduled for September 28.

She was the 2018 Big 12 champion and Iowa State Female Athlete of the Year.

“We are all devastated,” Iowa State head women’s golf coach Christie Martens said. “Celia was a beautiful person who was loved by all her teammates and friends. She loved Iowa State and was an outstanding representative for our school. We will never forget her competitive drive to be the best and her passion for life.”

“Celia had an infectious smile, a bubbly personality and anyone fortunate enough to know her was blessed,” Iowa State Director of Athletics Jamie Pollard said. “Our Cyclone family mourns the tragic loss of Celia, a spectacular student-athlete and ISU ambassador.”