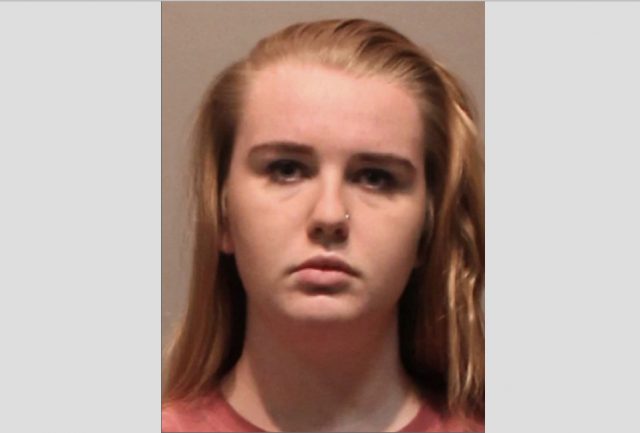 A former student at the University of Hartford in Connecticut has been charged with multiple crimes after admitting to licking her ex-roommate’s utensils and rubbing used tampons on her backpack.

Brianna Rae Brochu and Chennel Rowe were assigned to be freshmen roommates at the university in August of this year. That’s when the problems started. They never got along. Rowe allegedly posted videos of Brochu snoring on Snapchat. A room change request was apparently filed and apparently denied. That’s when Brochu took things into her own hands…and beyond.

In a since-deleted Instagram post detailing the abuse after Rowe was finally moved to another room, Brochu wrote:

Finally did it ya girl got rid of her roommate! After 1½ months of spitting in her coconut oil, putting moldy clam dip in her lotions, rubbing used tampons [on] her backpack, putting her toothbrush where the sun doesn’t shine and so much more I can finally say goodbye to Jamaican Barbie.

Brochu’s use of the term “Jamaican Barbie” is a reference to Rowe being black. Brochu is white.

That Instagram post was discovered by a neighbor of Rowe’s and then brought to her attention after she obtained her long-requested room change and began to move her belongings to that new room on October 17. Brochu reported the social media posts to the West Hartford Police Department.

On Monday, she posted a 103-minute-long Facebook Live video detailing the allegations of abuse and the apparent harm it caused. That video has since gone viral and been viewed over half a million times as of this writing.

Brochu, for her part, was brought up on charges of third-degree criminal mischief and second-degree breach of the peace as well as being barred from setting foot on her former campus or contacting the victim while the case is ongoing. West Hartford police also requested that an intimidation based on bigotry or bias charge–a hate crimes charge–be added to Brochu’s rap sheet.

University of Hartford President Greg Woodward issued a lengthy statement in response to the incident. It reads, in part:

The University strictly and swiftly followed all procedural and legal processes related to this alleged event; claims to the contrary are based on misinformation. The incident has brought about accusations of racism, and I want you to know that I hear and share your anger and frustration. Acts of racism, bias, bullying, or other abusive behaviors will not be tolerated on this campus. I pledge to do everything in my power to work with our community to address related concerns together.