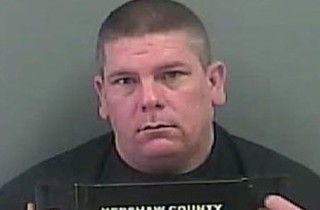 You’ve already read the headline. Do you really want to learn about this in detail? Once you have, you can never un-know this, never wipe away the specifics burnt into your mind.

Hardin confirmed the story, according to the affidavit. He faces a charge of misconduct in office, a felony that carries a possible 10-year prison sentence. For some reason, he’s no longer a cop.