After Six-Year Probe, DOJ Calls Out Illegal Use of Jail Informants by Prosecutors and Sheriff’s Officials in Orange County, California 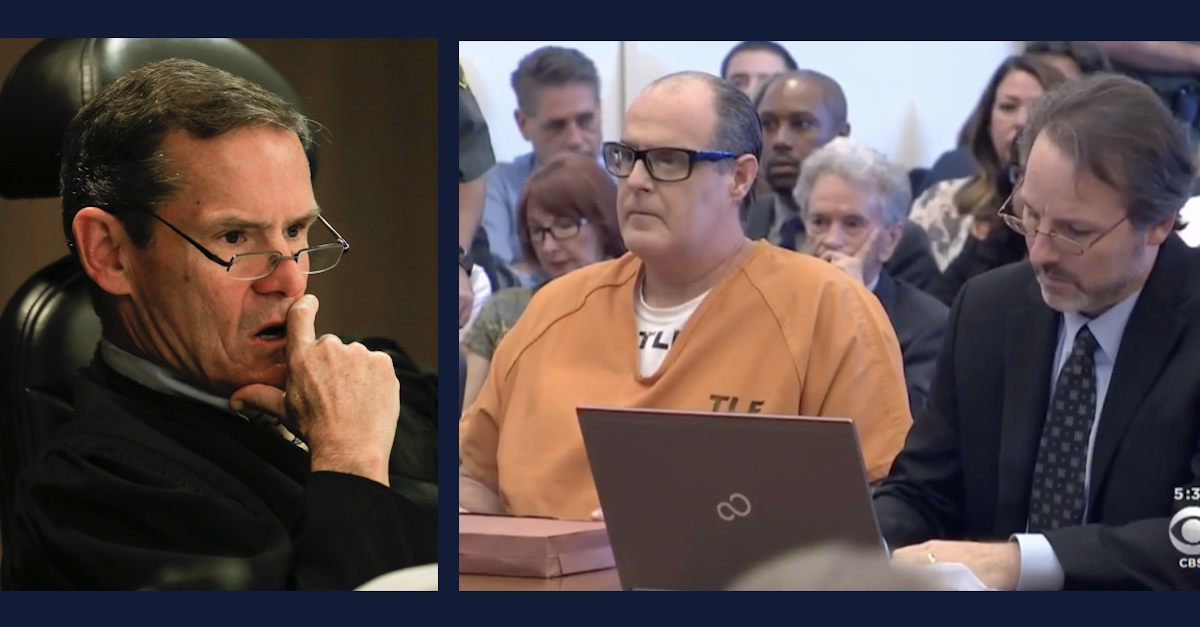 A new report from the U.S. Department of Justice says years of law enforcement using jail informants to violate the constitutional rights of criminal defendants “continues to undermine public confidence” in the integrity of the judicial system in Orange County, California.

“It has been eight years since much of the misconduct came to light, and OCDA has still not taken adequate steps to ensure that prosecutors understand and carry out their constitutional disclosure obligations,” the 63-page report reads. “Both agencies must improve their coordination and sharing of information to ensure that OCSD deputies have appropriate guidance about the constitutional requirements for investigations involving custodial informants and that OCDA prosecutors have a complete picture of every investigation involving a custodial informant.”

The DOJ recommends but does not require the DA’s Office to “establish an independent body to conduct a more comprehensive review of past prosecutions involving custodial informant,” calling the move “critical” and saying an internal investigation into the scandal “failed to address all of the constitutional violations that we identified.”

As already established through years of court proceedings, prosecutors and sheriff’s officials in the nation’s sixth-most populous county operated a program inside the jails that trained a selective group of inmates to glean incriminating information from other inmates that could be used against them in their criminal cases.

Many of the inmates questioned already were represented by attorneys, who were not told of the informant’s ties to law enforcement. Juries also were kept in the dark, with informant inmates generally described as independent and acting on their own accord. The practices violated the Sixth Amendment right to counsel and the 14th Amendment’s right to due process, which governs discovery requirements established through Brady v. Maryland.

The DOJ report details it all, concluding there is “reasonable cause” to believe the DA’s Office and the Orange County Sheriff’s Department “engaged in a pattern or practice of conduct—the operation of a custodial informant program—that systematically violated criminal defendants’ right to counsel under the Sixth Amendment and right to due process of law under the Fourteenth Amendment.”

The DOJ report says the informant program hasn’t been in place since 2016. District Attorney Todd Spitzer, who took office in 2018, now mandates that any prosecutor wishing to use a jail informant in a case must get his permission to do so, among other changes. But Thursday’s report says “more work remains to be done” and that “Restoring trust in Orange County law enforcement will require recognition and remediation of the harms caused by the law enforcement practices described in this report.”

Spitzer released a statement through a spokeswoman that did not address the report’s findings about the current problems identifying past defendants who were wronged.

“Overwhelmingly, the Department of Justice report repeats the very issues that I ran on to become the elected District Attorney of Orange County – which is to clean up the public corruption that existed under the prior administration,” Spitzer said. “I have been cooperating fully with the United States Department of Justice’s Civil Rights Division over the entire four years I have served as District Attorney.”

“Immediate action was necessary to implement significant and meaningful reforms to safeguard the criminal justice system from the abuses carried out by the prior administration and I took immediate action. I refuse to allow the constitutional violations that occurred from 2007-2016 from being repeated and to provide relief to defendants whose rights were violated,” the statement continued.

The sheriff’s department released a press release saying it “takes this matter very seriously and has worked diligently to address the issues.”

“OCSD utilizes an objective process to house inmates without regard for any ongoing criminal investigations, and reviews classification of inmates to maintain safety and security in the jails. Management routinely audits custodial informant files, and policies and procedures are continually reviewed and revised,” according to the release. “All these safeguards are intentional and help prevent future constitutional violations.”

Scott Sanders, the Orange County assistant public defender who exposed the scandal, told Law&Crime the report is “very strong” and corroborates “the allegations we made for the past decade about the systemic violations of defendants’ rights.

“It is detailed, thorough, and recognizes that the problems have not gone away simply because the DOJ opened an investigation,” Sanders said. “The report makes it clear that the DOJ continues to have major concerns about constitutional disclosure obligations being met. This should mean close oversight from from the DOJ moving forward to ensure the changes needed.”

The scandal came to light through the prosecution of mass murderer Scott Dekraai, who during a custody dispute over his son fatally shot his ex-wife and seven others in a hair salon in Seal Beach in 2011. He also fatally shot a man who was eating a sandwich in his car in the parking lot.

Assigned to defend Dekraai, Sanders learned of an inmate in a cell next to Dekraai who law enforcement said was placed there coincidentally but who also happened to be one of the jail’s most prolific informants. Dekraai had talked to the man about his crimes, and law enforcement recorded a conversation between them that they planned to use in court if Dekraai’s lawyers argued he was mentally ill. Sanders obtained records exposing extensive misuse of informants inside the jail, including eventually a sheriff’s log of informant records that had been kept secret for years.

The log led to a months-long hearing in summer 2017 that ended with Orange County Superior Court Judge Thomas Goethals eliminating the death penalty as a sentencing option for Dekraai because he determined ongoing lies about informant use made it impossible for such a sentence to be fair. The scandal also dismantled several other high-profile cases and continues to vertebrate as criminal defendants convicted in part on informant testimony challenge their convictions.

Judge Thomas Goethals gets the appointment. A huge slap in the face to @OCDATony and all the people who criticize his work in the Dekraai case and overall informant scandal. https://t.co/E7oYIL0DbR

Sanders emphasized the judge’s critical role in exposing the scandal through courageous rulings that led to the DA’s Office targeting him for recusal in other cases.

“It is important to emphasize that without the courage of the trial judge in the case, Justice Thomas Goethals, this day never arrives,” Sanders said. “His rulings were critical to illuminating what occurred.”

Thursday’s long-awaited report from the DOJ indicates an untold number of cases still could be affected, as the Orange County District Attorney’s Office “has no systematic mechanism to account for cases handled by former employees.” Prosecutors currently are reviewing a group of documents solely because of the DOJ, prompted by federal investigators asking about them during interviews.

“Prosecutors are reviewing those documents to determine whether any of them should be disclosed to defendants,” the report reads. “OCDA’s reliance on our investigation to learn of material that they should disclose to the defense is problematic because the cases that OCDA produced to us likely do not represent the entire universe of cases in which the Office used a custodial informant.”

However, the report does not take action beyond offer a list of recommendations. One is that the DA’s Office “should hold supervisors accountable for the quality of their supervision of prosecutors’ compliance with the Sixth and Fourteenth Amendments.”