‘They Were Planning a Civil War’: Feds Charge Men with Bringing Weapons into U.S. Capitol During Siege 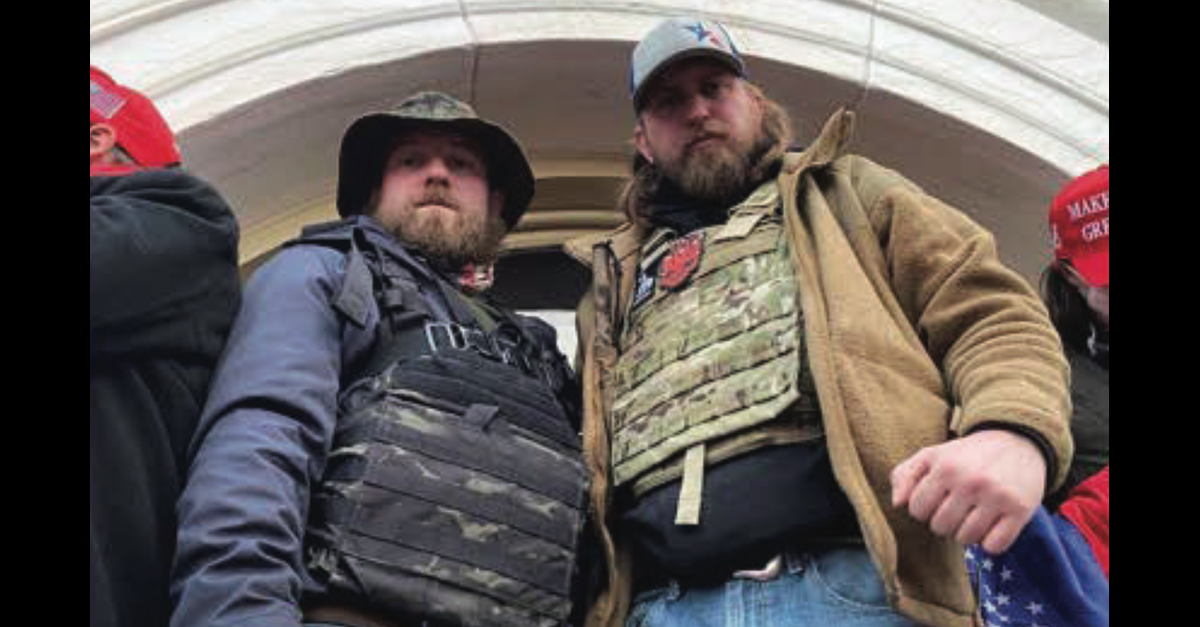 Two Texas men are under arrest on federal charges after allegedly bringing deadly and/or dangerous weapons to the Jan. 6 siege of the U.S. Capitol by documented supporters of President Donald Trump.

Ryan Taylor Nichols, 30, of Longview, Texas, is accused of bringing pepper spray and a crowbar to the deadly events. Alex Kirk Harkrider, 32, of Carthage, Texas, is accused of bring a baton, federal court papers say. Harkrider said “they were planning a civil war,” according to an unnamed witness who scanned the men’s social media pages quoted in federal court papers.

The men were identified to the FBI by two unidentified informants. One is a friend of a friend. The other, who appears to have done a deep dive through the men’s social media histories, does not have a clearly ascertainable relationship to the defendants.

At one point, the men posted images saying “we’re in” on Facebook. Those posts are now cited in federal court documents as evidence. 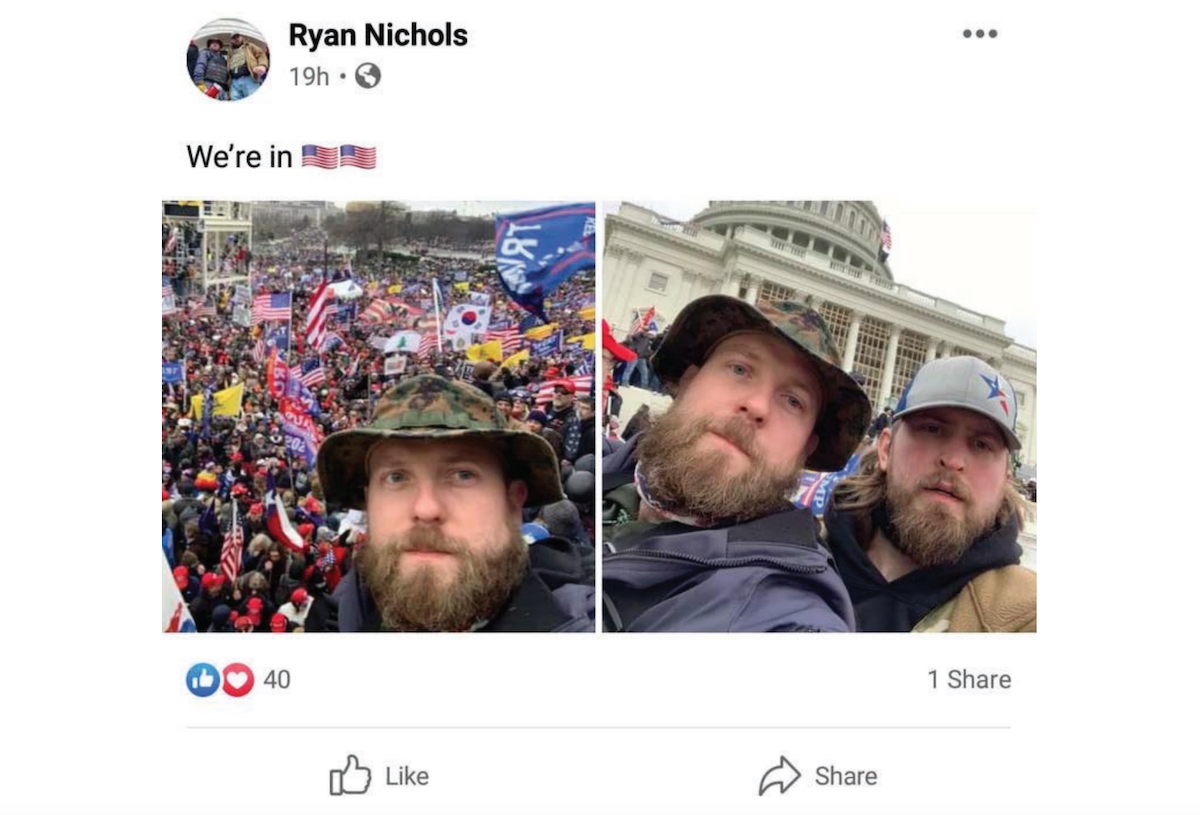 Other social media posts outed Nichols’ self-professed experience as a U.S. Marine and his self-described business while also identifying himself by location in front of the Capitol building — which he apparently chose as a profile photo. 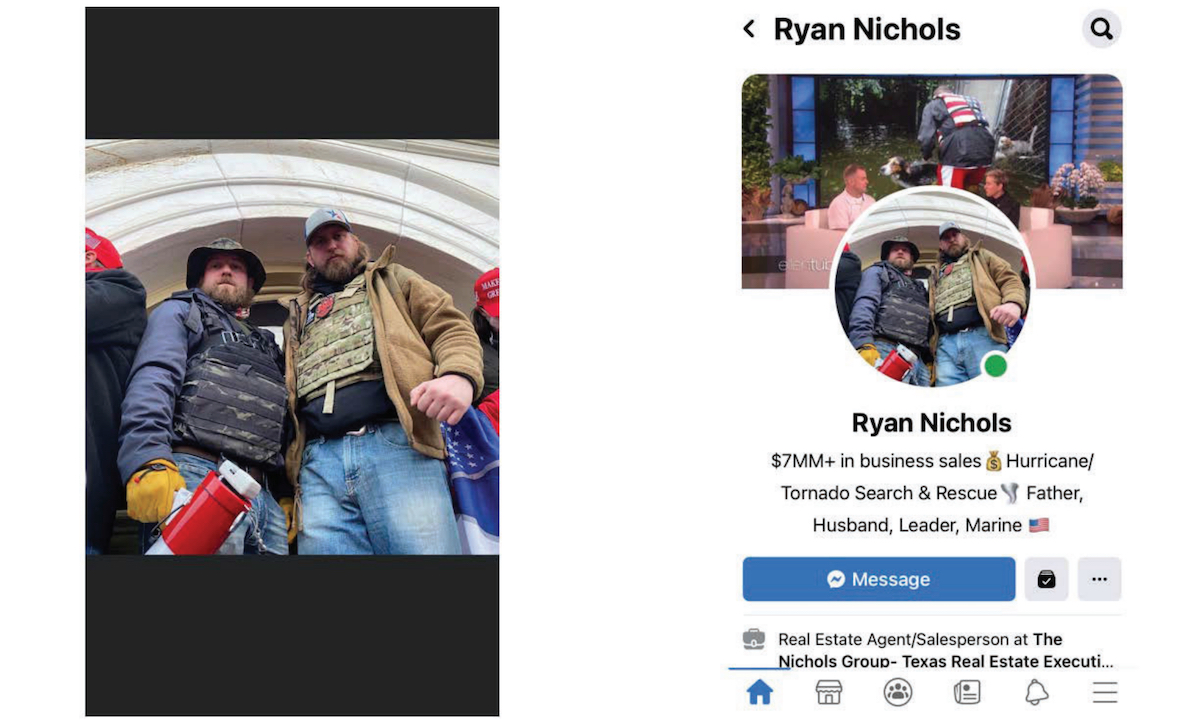 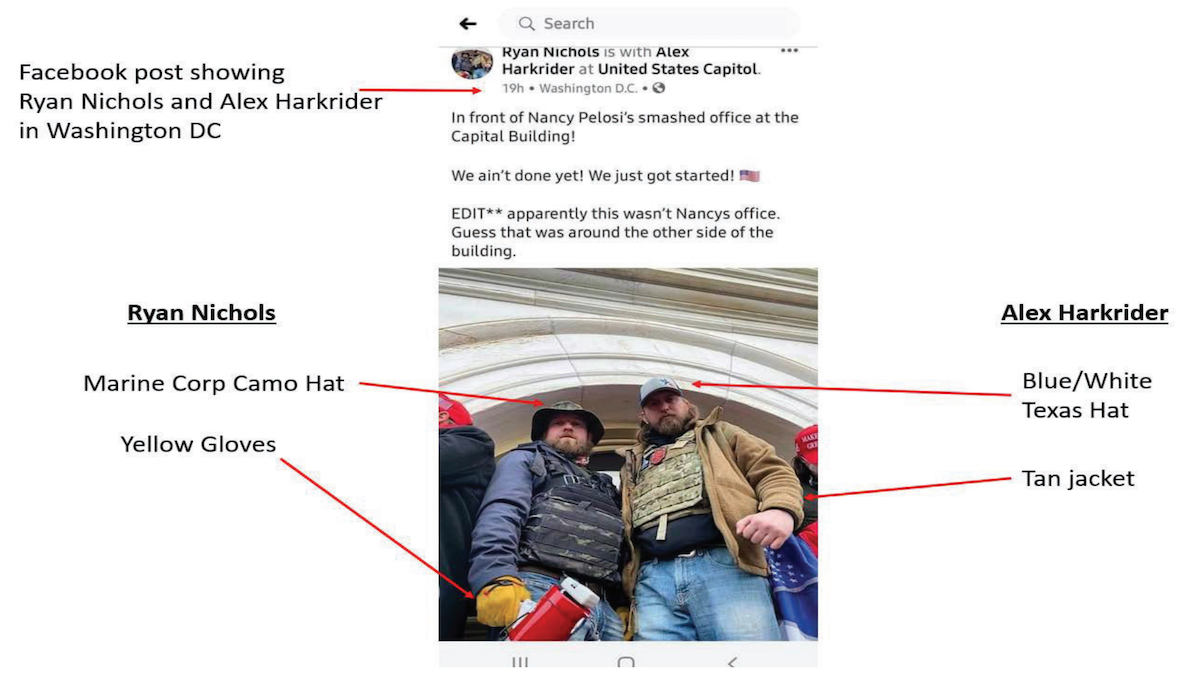 According to court records, Nichols was caught on video rallying those around him to launch what he called a “second revolution” — which he did not intend, per his own words, to be “peaceful.”  More to the point:

In a video obtained online, NICHOLS can be identified in the crowd at the U.S. Capitol based on his appearance and distinct clothing, and he can be seen and heard yelling into the bullhorn in the direction of the large crowd, “If you have a weapon, you need to get your weapon!” As shown in another video, NICHOLS can be seen and heard yelling, “This is the second revolution right here folks! […] This is not a peaceful protest.” Additional video shows that, close in time to these events, at least dozens of individuals were actively forcing their way inside the U.S. Capitol building through an entrance in the immediate vicinity of NICHOLS and HARKRIDER

Screen captures of the video were includes in an FBI agent’s affidavit:

Other videos viewed by federal authorities showed Nichols spraying what they believed to be pepper spray at agents guarding the capitol building.

Authorities kept pouring through evidence.  According to court papers, additional videos showed both Nichols and Harkrider pushing the crowd into the building.  One even shows Harkrider leaning out of a broken window.

The documents also say Harkrider appears to have photographed himself and posted the picture on Snapchat.

“We’re in. 2 people killed already,” the photo caption reads. “We need all the patriots of this country to rally the fuck up and fight for our freedom or it’s gone forever. Give us liberty, or give us death. We won’t stand for it.”

Federal prosecutors and FBI agents pointed out that Harkrider appears to be carrying a baton in the photo. 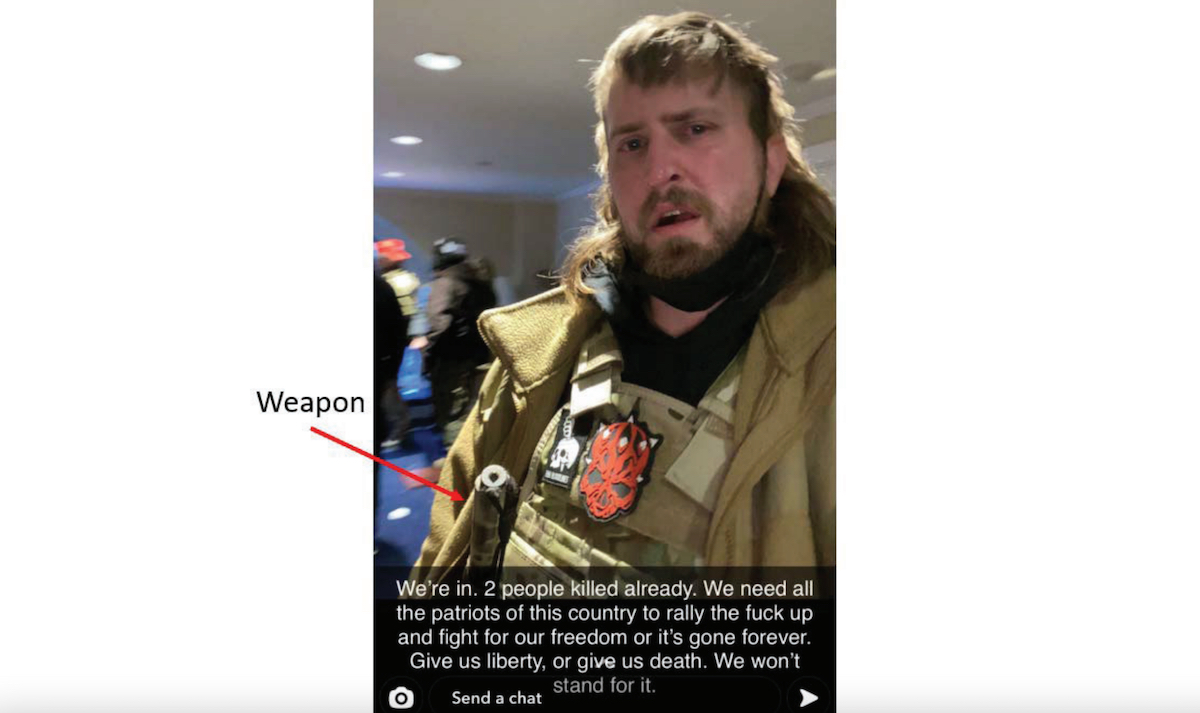 Further evidence shows the men climbing out of a broken Capitol window and posting on Facebook together.

“Patriots stood their ground today!  We aren’t done yet, either!” the post reads. “You want to steal our election, and not hear us in court? Good! Now you’ll hear our civil unrest!” 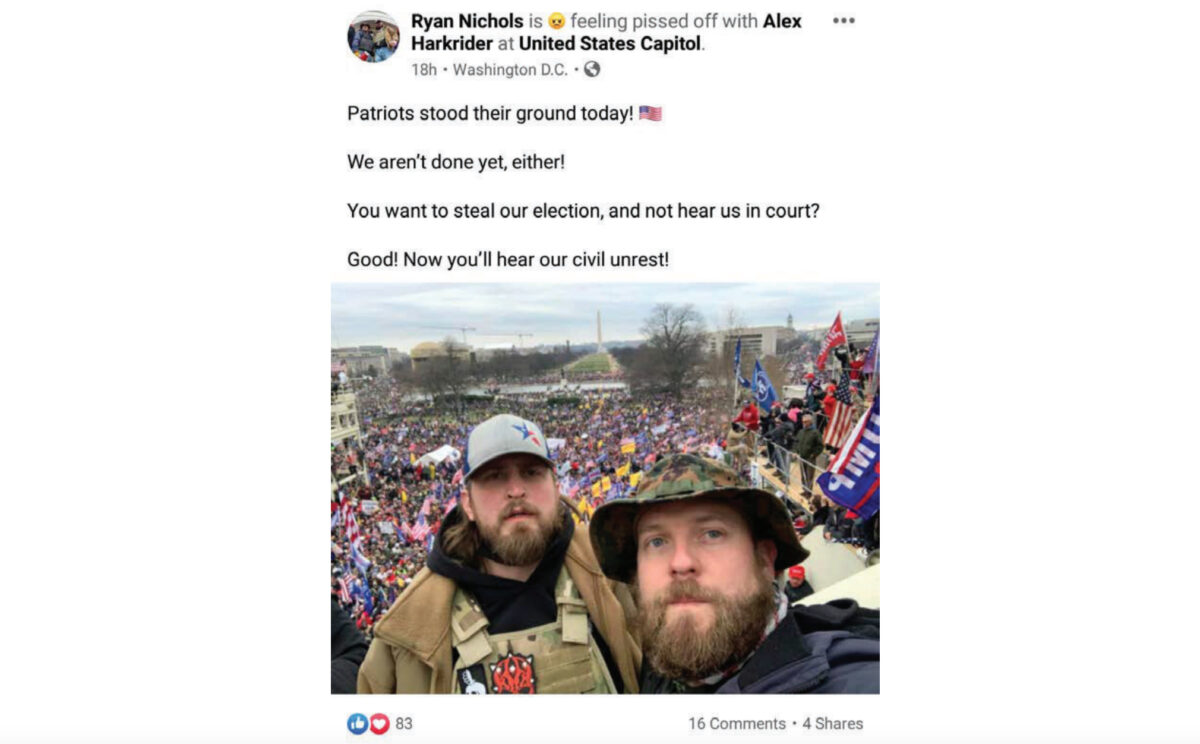 A further deep dive of another Facebook page believed to belong to Nichols revealed that he and Harkrider had talked throughout the month of December about going to the protest in Washington, D.C., on Jan. 6.

Yet another post said  — counter to the narrative of many in right-wing media — that ANTIFA was either not at the Capitol or was there in only small numbers.

Read the FBI affidavit below in support of the charges: