‘God Put Me in That Window’: QAnon Adherent from Idaho Who Filmed Herself Inside Capitol Building Has Been Arrested

A woman from Boise, Idaho who posted several photos and videos of herself storming the U.S. Capitol on Jan. 6 was arrested on Wednesday, the Idaho Statesman reported.

According to the report, Yvonne St Cyr, 53, was taken into custody by officials from the Department of Homeland Security, the Boise Police Department, and the FBI’s Joint Terrorism Task Force based on a warrant from the U.S. District Court for the District of Columbia. The criminal complaint detailing the charges filed against St Cyr have not yet been posted to the court’s public docket.

St Cyr was previously identified by the Idaho Statesman through her social media posts, several of which depicted her inside the Capitol Complex at the height of the insurrection.

For example, St Cyr posted a picture of herself inside the building captioned, “Patriots are in our house,” as well as a video from the Capitol steps saying the rioters needed “glasses and gas masks.”

She also posted several livestream videos of the events in real time criticizing the Capitol Police for resisting the invasion.

“Super sad that this is America, and Americans are being beaten for wanting to save their country,” she says on one post, adding, “So welcome to communist America.”

Like many others arrested for participating in the riots, St Cyr also made several public statements about her participation in the events at the Capitol in the days after Jan. 6.

In a since-deleted Facebook Live post from Jan.7, St Cyr bragged about having “made CNN” (she was shown on the cable news network leaning out of a Capitol Building window and yelling “this is our house”).

“God put me in that window, so I’m assuming God put me on CNN screaming like a mad woman,” St Cyr said, according to the Idaho Statesman. “So hey, maybe I’m going to get arrested again, but I would get arrested and I would die for this country. So no regrets.”

Later that same day, she posted a second Facebook Live video claiming that she only stayed inside the Capitol to charge her phone and didn’t hurt anyone. She also reiterated the false claim that the 2020 election was “stolen” from Donald Trump. She referred to those who stormed the building as “patriots.”

The Idaho Statesman also noted that before she deactivated her Facebook page last month, St Cyr made several posts in support of QAnon conspiracy theories. As recently as Jan. 23, she claimed that only “stupid people” actually believe that Joe Biden is the president.

St Cyr was previously placed under citizen’s arrest after she was accused of trespassing during a Dec. 8 Central District Health board meeting on pandemic safety regulations that would have implemented mandatory mask regulations across the district. The meeting had to be ended early due to an overwhelming number of protesters that gathered outside the building. St Cyr, however, allegedly refused to leave the building and was charged with misdemeanor trespassing. She pleaded not guilty to that charge.

Here is her mugshot from December. 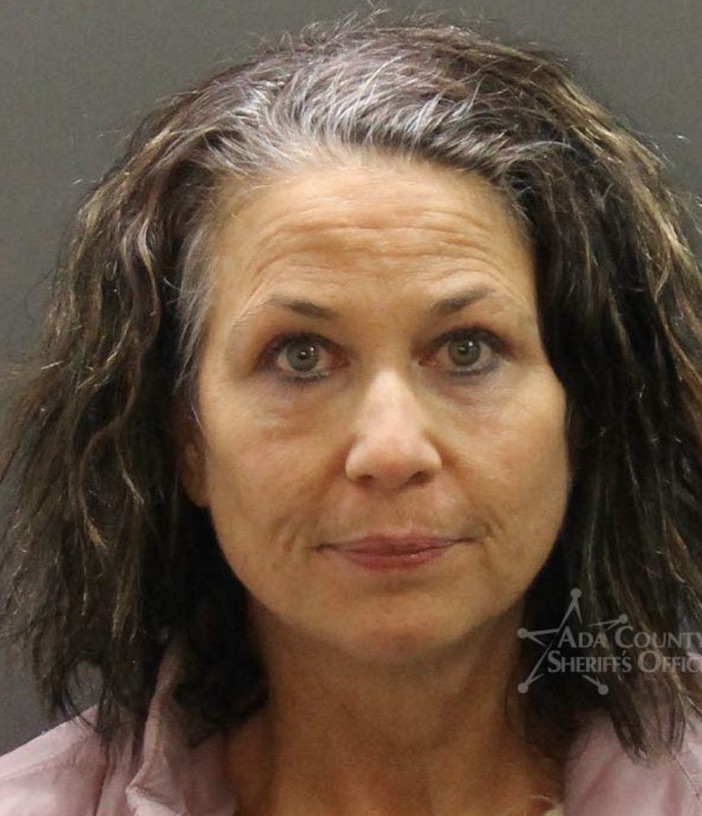