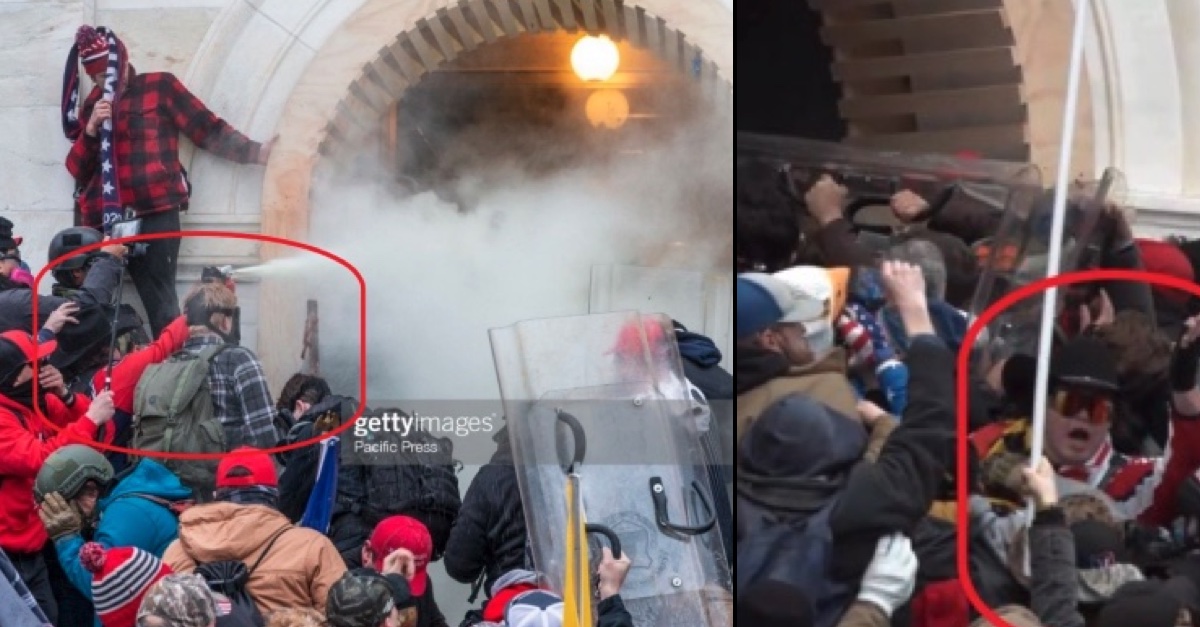 A Maryland man who had previously argued that he was just following the orders of Donald Trump when he joined the Jan. 6 siege at the U.S. Capitol has pleaded guilty to two felonies.

Matthew Ryan Miller, 23, pleaded guilty Wednesday to one charge of obstructing an official proceeding and one charge of assaulting, resisting, or impeding officers. He originally faced nine charges total, including four that accused him of unlawful activity while carrying a dangerous weapon at the Capitol.

At a plea agreement hearing before U.S. District Judge Randolph Moss, Miller admitted that he had traveled from Maryland to the Capitol and joined the mob of Trump supporters looking to stop Congress from certifying Joe Biden’s win in the 2020 presidential election.

Miller acknowledged that he joined the mob gathered at the west side of the Capitol building and threw what Assistant U.S. Attorney Jacqueline Schesnol described as an “unidentifiable object” at the building. Miller used a metal barrier as a ladder to climb the wall on the building’s west side and helped other rioters to do the same, Schesnol said.

He also admitted to spraying the contents of a fire extinguisher directly into the tunnel where law enforcement officers were stationed.

Miller faces up to 20 years in prison for the obstruction charge and up to eight years for the assault charge, plus a fine up to $250,000 for each.

Under the terms of the plea agreement, Miller will also pay $2,000 in restitution for the damage caused to the Capitol.

The obstruction charge has been the subject of multiple failed motions to dismiss before several judges in the District of Columbia.

The pending conviction under the obstruction charge puts Miller in the company of some of the most notorious figures to emerge from the siege on the Capitol: both Jacob Chansley, the so-called “QAnon Shaman,” and ex-MMA fighter Scott Fairlamb were sentenced to 41 months in prison after pleading guilty to the same charge.

Paul Hodgkins, the first Jan. 6 defendant to be sentenced for a felony, also pleaded guilty to the obstruction charge and was sentenced to eight months in prison.

Miller’s sentencing was set for May 23.

At the government’s request, and without any objection from Miller, Moss ordered Miller to be held in federal custody until his sentencing hearing. He gave Miller until Feb. 23 to surrender to authorities in Washington D.C.