Ex-Marine Described by Witness as ‘Huge White Supremacist’ and ‘a Complete Wacko’ Admits to Jan. 6 Assault on Cops 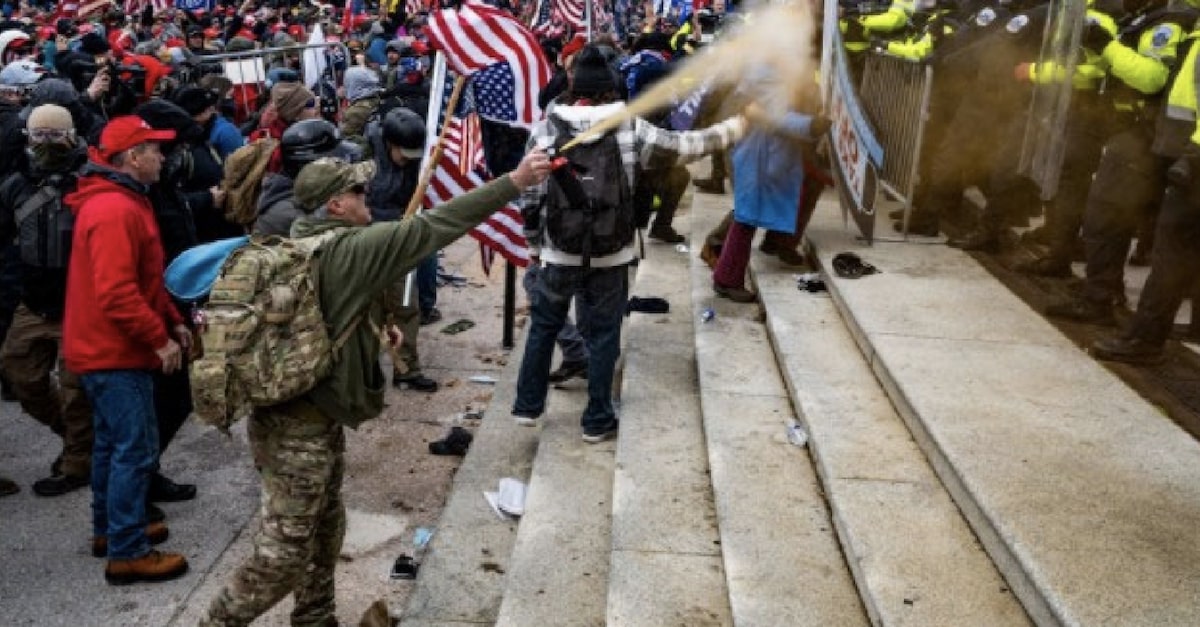 A former U.S. Marine described by one government witness as a “huge white supremacist” pleaded guilty on Monday to assaulting law enforcement with a dangerous weapon during the Jan. 6 attack on the U.S. Capitol.

Daniel Ray Caldwell, a 51-year-old from The Colony, Texas, was seen deploying orange chemical spray on police at around 2:05 p.m. Eastern Time, on the Lower West Terrace of the Capitol.

According to his 12-page plea agreement, Caldwell’s federal sentencing call for a term of 63 months to 78 months of imprisonment, or roughly 5.25 years to 6.5 years. The maximum sentence for his offense is 20 years. The actual sentence will be determined by U.S. District Judge Colleen Kollar-Kotelly.

The cooperation clause of his plea agreement does not appear to call for him to testify against other defendants in Jan. 6-related trials.

The witness who alleged that Caldwell is a white supremacist described recognizing him from Airsoft Military Simulation (MilSim), described in court papers as a “live-action, in-person simulation of armed conflict scenarios conducted by civilians that involve airsoft plastic projectiles launched be replica weapons.” The game does not involve actual firearms.

Identifying Caldwell from videos posted on YouTube and ProPublica, the witness — whose name is shielded as W1 in court papers — also called the defendant “a complete wacko.”

“While playing Airsoft, according to W1, the individual would bring a real firearm to the course and had to be corrected on multiple occasions to return the firearm to his vehicle,” an FBI affidavit states.

Caldwell wore camouflage gear to the Capitol on Jan. 6 and was seen yelling at and flipping off police officers before spraying them. He was then seen recounting his exploits later at a Virginia hotel.

“Subsequently, in an interview at the Renaissance Hotel in Arlington, Virginia, wearing the same clothing he was seen wearing earlier, this time with a red sticker on the left breast that read ‘Guns SAVE Lives’ sticker on his sweatshirt,” prosecutors wrote while seeking his pretrial detention. “Caldwell recalled that a large fight broke out and a female was hit in the neck. Caldwell said that individuals stayed in the area and police were spraying mace towards him. Caldwell then threatened the officers using spray to deploy the individuals in the area and meant to disperse the angry crowd by yelling back to them that if they continued, he would return spray. Once the officers sprayed him, Caldwell sprayed toward police officer and believed he sprayed around 15 officers.”

The Justice Department estimates that more than 265 people have been charged to date with assaulting or impeding law enforcement, including several prosecuted for using chemical spray.