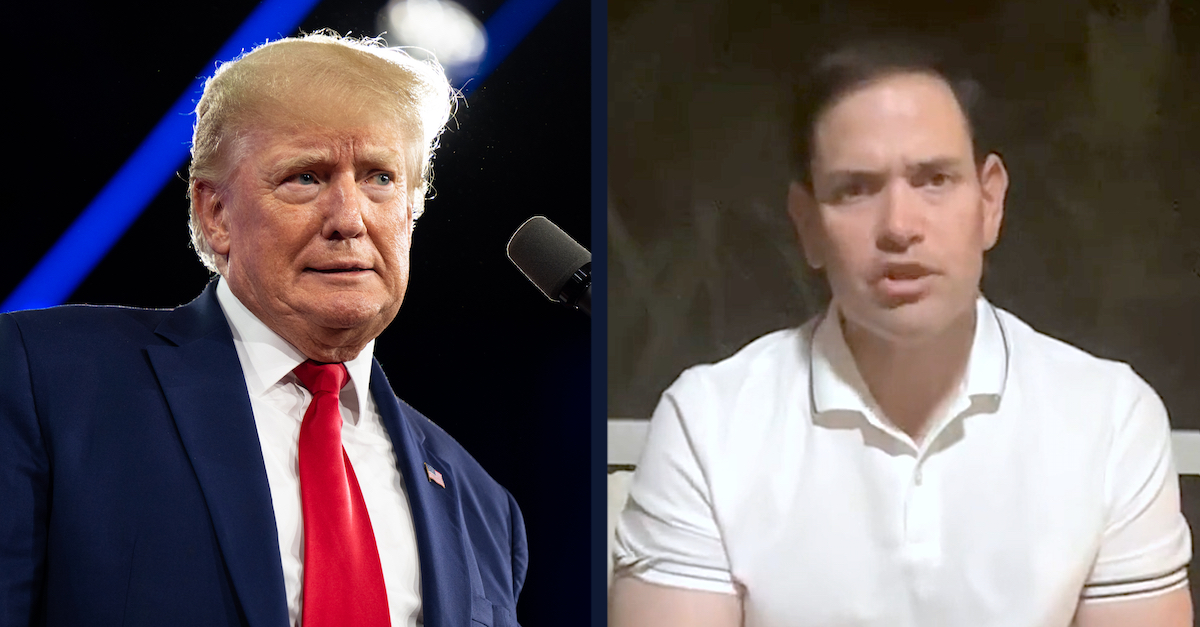 The FBI’s execution of a search warrant at the current home of former president Donald Trump has resulted in a bevy of bombastic attacks — mostly by Republicans — against the machinations of the Justice Department which led to the operation. A significant portion of the criticism is misplaced, however, because it ignores the underlying law of searches and seizures.

Chief among the critics was Sen. Marco Rubio (R-Fla.), who dubiously claimed that the raid was “what happens in places like Nicaragua, where last year every single person that ran against Daniel Ortega for president . . . was arrested and is still in jail . . . we’ve never seen that before in America.”

That’s entire point of having laws: no one, not even heads of state, are above them. The alternative system would be a dictatorship or an unchecked monarchy.

One key distinction between the situation in Nicaragua and the raid on Mar-a-Lago is this: the Associated Press recently reported that at least one political dissident in Nicaragua had “been subjected to a political trial.” The United States Constitution guarantees that defendants must be tried before an “impartial jury of the state and district wherein the crime shall have been committed.” That is frequently paraphrased to mean a jury of one’s “peers.” The formation of a so-called “blue ribbon jury” — or a specially trained jury — would violate that clause.

Rubio further complained that the raid was unnecessary because the FBI wasn’t looking for a “fugitive,” wasn’t trying to “save someone’s life,” and wasn’t trying to “track down some serial killer or drug kingpin.” Rather, according to Rubio, the raid was about “a documents dispute,” which he suggested was simply a run-of-the-mill matter.

Without naming names, Rubio said “they” — the people in charge of the raid — were simply trying “to politically harm and intimidate their political opponents” rather than apparently enforce the law. “That’s what this is all about,” Rubio claimed.

“Now you have created the precedent for them to do this back to you,” the senator warned.

Because one day what goes around is going to come around

And then we become Nicaragua under Ortega pic.twitter.com/LwODnsYtcr

Rubio eventually did name names. He said Attorney General Merrick Garland and the director of the FBI (who he didn’t expressly name, but who is Christopher A. Wray, a fellow Republican and a Trump appointee) had engaged in the “unconstitutional” act of playing a role in the raid.

Nowhere in Rubio’s analysis was any reference whatsoever to a key portion of the U.S. Constitution: the Fourth Amendment’s search and seizure clause and its concomitant warrants clause. Let’s repeat the Fourth Amendment here for those unfamiliar with its guarantees (since Rubio omitted it):

The right of the people to be secure in their persons, houses, papers, and effects, against unreasonable searches and seizures, shall not be violated, and no warrants shall issue, but upon probable cause, supported by oath or affirmation, and particularly describing the place to be searched, and the persons or things to be seized.

Searches cannot be “unreasonable,” and when government agents seek to effectuate a search of someone’s house, papers, and effects, the warrant must be supported by “probable cause” — that is, according to the U.S. Supreme Court in Illinois v. Gates (1983) that there is a “substantial basis” for a magistrate to believe that “there is a fair probability that contraband or evidence of a crime will be found in a particular place.”

A neutral and detached magistrate — that is, a member of the federal judiciary — almost surely signed off on the raid (unless some other exception to the warrant requirement existed, which would be rare). The U.S. Supreme Court has been quite clear on this point. A 1947 case —well-settled law, indeed — spoke on this point:

The point of the Fourth Amendment, which often is not grasped by zealous officers, is not that it denies law enforcement the support of the usual inferences which reasonable men draw from evidence. Its protection consists in requiring that those inferences be drawn by a neutral and detached magistrate instead of being judged by the officer engaged in the often competitive enterprise of ferreting out crime. Any assumption that evidence sufficient to support a magistrate’s disinterested determination to issue a search warrant will justify the officers in making a search without a warrant would reduce the Amendment to a nullity and leave the people’s homes secure only in the discretion of police oficers.

In other words, the raid could not legally have been done “only in the discretion” of Garland and Wray. Blaming those two men while skipping the neutral magistrate portion of the process makes good political theater with only half the relevant cast.

None of these legal protections have been articulated by those who would have Americans believe that the search of Mar-a-Lago was merely a political vendetta carried out by the whims of an individual or individuals who want to bludgeon Trump politically.

The same logical fallacies were on display elsewhere, including in this comment by Trump confidant Jason Miller:

The raid against President Trump occurred for one reason, and one reason only — to prevent his return to the White House in 2024. But the even bigger transgression here is the attack on the American people and our very Constitution. Once a government begins to weaponize its judicial system against a political opponent, it is difficult to ever recover.

Again, Miller entertained no analysis of the Constitution nor of the relevant case law which protects Americans — including Trump — from unreasonable searches and seizures or reviews by neutral magistrates.

Despite the underlying law of searches and seizures, the pile-on continued. Sen. Rick Scott (R-Fla.) regurgitated the same fallacy that his compatriot Rubio promulgated.

The @FBI’s raid of Mar-a-Lago is incredibly concerning, especially given the Biden admin’s history of going after parents & other political opponents. This is 3rd World country stuff.

We need answers NOW. The FBI must explain what they were doing today & why.

The criticism didn’t get much more nuanced from there.

Sen. Josh Hawley (R-Mo.) also assumed that the execution of a search warrant was something akin to a political witch hunt undertaken solely as a result of the whims of a few politically motivated individuals.

The raid by Joe Biden’s FBI on the home of a former president who is also Biden’s chief political opponent is an unprecedented assault on democratic norms and the rule of law. Biden has taken our republic into dangerous waters

Hawley, echoing Rep. Marjorie Taylor Greene (R-Ga.), even called for something akin to a “defund the police” movement aimed at the FBI:

At a minimum, Garland must resign or be impeached. The search warrant must be published. Christoper Wray must be removed. And the FBI reformed top to bottom.

House Minority Leader Kevin McCarthy (R-Calif.  23), for his part, demanded that Attorney General Garland “preserve” his “documents” for an investigation should “Republicans take back the House.” He claimed the “Department of Justice has reached an intolerable state of weaponized politicization.”

“Fascinating new position from House Republican leader, who has led GOP in refusing to comply with congressional subpoenas and investigations going back to Trump first impeachment,” wrote the New Yorker’s Susan Glasser in a tweeted retort.

Even former Trump-era Vice President Mike Pence (R) weighed in, commenting on the “unprecedented” nature of what took place on Monday:

After years where FBI agents were found to be acting on political motivation during our administration, the appearance of continued partisanship by the Justice Department must be addressed.

Yesterday’s action undermines public confidence in our system of justice and Attorney General Garland must give a full accounting to the American people as to why this action was taken and he must do so immediately.

Ironically, former New York Gov. Andrew Cuomo (D), who resigned in the face of a burgeoning sexual harassment scandal, issued an opinion in line with that of Pence:

DOJ must disclose the bona fide nature of the August 8 action or else the republicans will use it to Discredit the Jan 6 investigation, which would be a terrible disservice to the good work of the house committee in exposing The Trump administration violations. https://t.co/KQ8AIK3DAJ