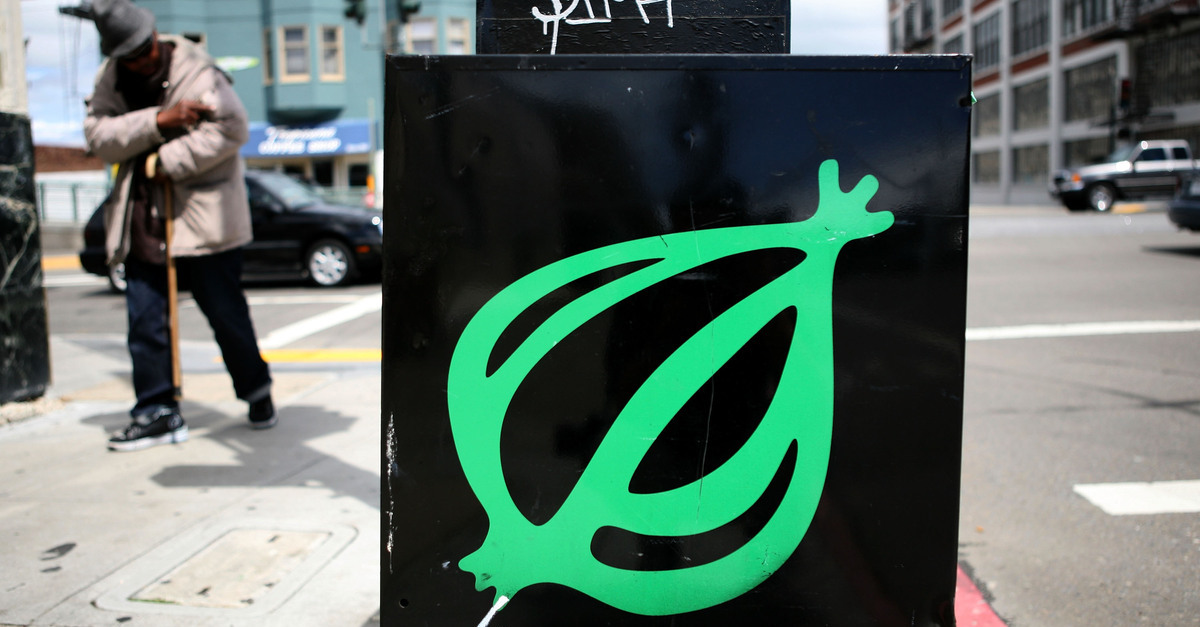 Marshaling several actual facts and the desire “to create fiction that may ultimately merge into reality,” humor publication The Onion filed an amicus brief in a case that may be heard by the U.S. Supreme Court where an Ohio man was arrested and prosecuted for making fun of a police department online.

“First, the obvious: The Onion’s business model was threatened,” the friend of court briefing argues – going back-and-forth between hyperbole and plausibility. “This was only the latest occasion on which the absurdity of actual events managed to eclipse what The Onion’s staff could make up. Much more of this, and the front page of The Onion would be indistinguishable from The New York Times.”

On March 2, 2016, Anthony Novak published a parody version of the Parma Police Department’s Facebook page that was up for 12 hours.

Novak penned six posts as the fake police department, including an advertisement for a “Pedophile Reform event” in which participants could be removed from the sex offender registry and become an “honorary police officer” by solving “puzzles and quizzes,” that officers had “discovered” an “experimental” abortion procedure they would provide for free to teenagers in a police van, and that the department was soliciting job applicants but that minorities were strongly encouraged “to not apply.”

The petition for writ of certiorari sums up the upshot of that briefly online parody and the state’s resulting criminal prosecution:

Novak published six posts on the page, deriding the department through obvious parody. For his speech, respondents searched, seized, jailed, and prosecuted Novak for a felony under a broadly written Ohio law prohibiting the use of a computer to “disrupt” or “interrupt” police functions. A jury acquitted Novak after trial.

Novak sued the city and three officers on the basis that he was retaliated against for speech protected by the First Amendment.

After a series of combined wins, appeals, remands, and losses, he is appealing to the nation’s high court on the specific question of whether “an officer is entitled to qualified immunity for arresting an individual based solely on speech parodying the government, so long as no case has previously held the particular speech is protected.”

In a slimmer 23-page brief for The Onion, which they admit is a “convoluted legal filing intended to deconstruct the societal implications of parody,” attorneys Stephen J. Stempvoort and D. Andew Portinga opine on the value of parody’s historical importance to humanity, civilization, and America through the use of, well, parody.

From the filing, at length [italics in original]:

See what happened? This brief itself went from a discussion of parody’s function—and the quite serious historical and legal arguments in favor of strong protections for parodic speech—to a curveball mocking the way legalese can be both impenetrably boring and belie the hollowness of a legal position. That’s the setup and punchline idea…

From Thapar’s second attempt at deciding the issue:

Whether Novak’s satirical posts were protected parody is a question of fact. But Novak didn’t just post fake event advertisements mocking the police department. He also modeled his page after the Department’s, using the same profile picture. He deleted comments that let on his page wasn’t the official one. And when the Department tried to clarify that Novak’s page was imitating its own, he copied the official page’s clarification post word for word.

Whether these actions—deleting comments that made clear the page was fake and reposting the Department’s warning message—are protected speech is a difficult question. After all, impersonating the police is not protected speech.

Those secondary actions, deleting comments and reposting the police department’s warning about the parody, make the probable cause determination to investigate and charge Novak, “difficult,” the Sixth Circuit mused, but made it an easy call to determine the officers’ have qualified immunity that insulates them from lawsuits, because, “Novak has not identified a case that clearly establishes deleting comments or copying the official warning is protected speech.”

The appellate court’s formulation, The Onion argues, unfunnily turns parody on its head – and is essentially says that parodists “are in the clear only if they pop the balloon in advance by warning their audience that their parody is not true.”

The brief goes on, at length:

But some forms of comedy don’t work unless the comedian is able to tell the joke with a straight face. Parody is the quintessential example. Parodists intentionally inhabit the rhetorical form of their target in order to exaggerate or implode it—and by doing so demonstrate the target’s illogic or absurdity. …

Put simply, for parody to work, it has to plausibly mimic the original. The Sixth Circuit’s decision in this case would condition the First Amendment’s protection for parody upon a requirement that parodists explicitly say, up-front, that their work is nothing more than an elaborate fiction. But that would strip parody of the very thing that makes it function.

Tricking the “dumb” reader, The Onion argues, has been the organization’s “guiding light since it was founded in 1988 as America’s Finest News Source.” This is encapsulated in a Latin phrase which translates to: “You are dumb,” which the brief makes clear it is citing because “the federal judiciary is staffed entirely by total Latin dorks.”

Additionally, the brief argues, tricking readers into believing they are reading the very thing being made fun of “really is an old trick” that was used by “first-century B.C. poet Horace, whose Satires would replicate the exact form known as an ode” in order to mock the form’s own “idiocies.”

“This is not a mere linguistic anecdote,” the brief lectures. “The point is instead that without the capacity to fool someone, parody is functionally useless, deprived of the tools inscribed in its very etymology that allow it, again and again, to perform this rhetorically powerful sleight-of-hand: It adopts a particular form in order to critique it from within.”

The filing goes on, turning in on itself several times over, by painstakingly dragging the reader through a hypothetical reference to an actual story written by The Onion to intentionally belabor the point:

Parody leverages the expectations that are created in readers when they see something written in a particular form. This could be anything, but for the sake of brevity, let’s assume that it is a newspaper headline—maybe one written by The Onion—that begins in this familiar way: “Supreme Court Rules . . . ” Already, one can see how this works as a parodic setup, leading readers to think that they’re reading a newspaper story. With just three words, The Onion has mimicked the dry tone of an Associated Press news story, aping the clipped syntax and the subject matter. The Onion could go even further by putting that headline on its website—which features a masthead and Latin motto, and the design of which parodies the aesthetics of major news sites, further selling the idea that this is an actual news story.

Of course, what moves this into the realm of parody is when The Onion completes the headline with the punchline—the thing that mocks the newspaper format. The Onion could do something like: “Supreme Court Rules Supreme Court Rules.” The Onion could push the parody even further by writing the joke out in article format with, say, a quote from the Justices in the majority, opining that, “while the U.S. Constitution guarantees equality of power among the executive, legislative, and judicial branches, it most definitely does not guarantee equality of coolness,” and rounding off by reporting the Supreme Court’s holding that the Court “rules and rules totally, all worthy and touched by nobody, in perpetuity, and in accordance with Article Three of the U.S. Constitution. The ability of the President and Congress to keep pace with us is not only separate, but most unequal.”

The brief also offers, as an example, “what appears to be a boring economics paper about the Irish overpopulation crisis of the eighteenth century,” before noting that the solution advanced to that crisis is “cooking and eating babies.”

“That seems a bit cruel—until you realize that you in fact are reading A Modest Proposal,” the brief notes. “To be clear, The Onion is not trying to compare itself to Jonathan Swift; its writers are far more talented.”

But, The Onion notes many readers are also reasonable and will realize they have been tricked and laugh at themselves – and this is also how parody works.

“Under a proper understanding of the reasonable reader test, a disclaimer not only spoils the punchline but is redundant,” the amicus brief argues. “The Sixth Circuit’s holding stands alone among the otherwise uniform approach courts have taken—and not in a good way.”

At stake, the filing says, is no less than the ability of a parodists to tell their jokes while maintaining a straight face.

“The Onion cannot stand idly by in the face of a ruling that threatens to disembowel a form of rhetoric that has existed for millennia, that is particularly potent in the realm of political debate, and that, purely incidentally, forms the basis of The Onion’s writers’ paychecks.”