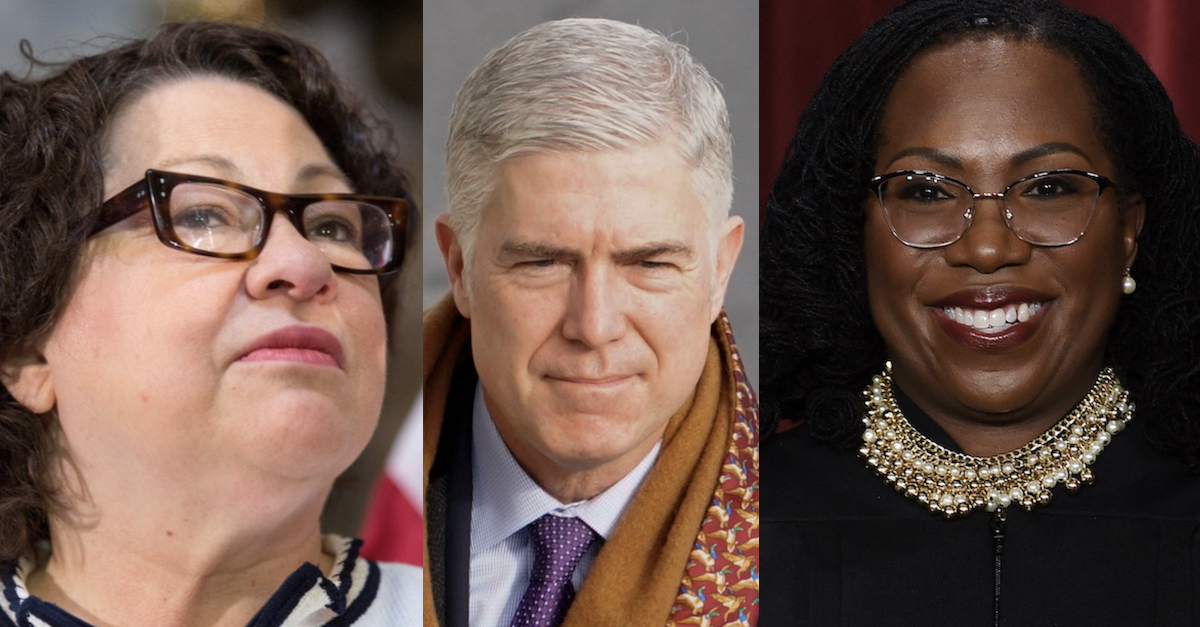 The U.S. Supreme Court on Monday expressed severe skepticism about the government’s broad theory of wire fraud in a hugely important case about bid-rigging public contracts in New York State.

Stylized as Ciminelli v. United States, the underlying facts about the construction project are fairly straightforward.

In 2012, Andrew Ciminelli, the owner of a Buffalo-based construction company, worked with cronies of then-Governor Andrew Cuomo (D) to finesse the allocation process of a $750 million contract so that the requirements favored his firm. Unusually, the “Buffalo Billion” process made it so that firms initially bid indirectly by way of submitting their overall company – specifically the details of how they operate – instead of a proposal for the actual Fort Schuyler project itself.

After working with insiders to develop those criteria, Ciminelli’s firm was successfully identified as a “strategic development partner,” which gave them first-in-line status to negotiate the eventual contract. Crucially, however, such status as a partner did not guarantee a winning bid or that they would be able to successfully negotiate the project. But, in the end, Ciminelli’s firm was able to convince the relevant state board that his firm was the way to go.

Prosecutors controversially chose to prosecute Ciminelli using wire fraud – despite the fact that the defendant did not deprive the redevelopment board of any actual money or property. Instead, the government’s theory was that Ciminelli deprived the board of the “right to control” the Buffalo Billion funds and a truly competitive bidding process due to the inside arrangement.

During oral arguments, attorneys for Ciminelli and the government both said the “right to control” theory as expressed in and by the Second Circuit is too broad – but they agreed on very little else.

Attorney Michael Dreeben, arguing for the construction company owner, categorized the right to control doctrine as an “invalid theory” and argued that since jurors were instructed on that theory alone, his client’s conviction should be vacated.

The federal government, represented by Deputy Solicitor General Eric J. Feigin, conceded the basic invalidity of the theory but said the government should be able to sustain the conviction anyway.

While the justices were not, in any sense, deferential to Dreeben, Feigin was subject to withering lines of questioning and skepticism.

Feigin sought to convince the court that, while the right to control theory was too broad, if it was “properly cabined” could be used to identify cases of fraudulent inducement, where one party gains control over property – like money or contract rights – by tricking the other party into the transaction.

“It’s always been property fraud and fraudulent inducement where the victim is tricked into paying for something different than what he bargained for,” the government attorney argued  – while also repeatedly conceding that the Second Circuit’s formulation of the doctrine in this particular case is a bridge too far.

“I do admire the government’s concession of error here,” Justice Neil Gorsuch said. “Why isn’t the proper result here to reverse?”

The government attorney attempted to salvage the conviction by saying that, as a procedural matter, Ciminelli has only made “a sufficiency of the evidence challenge.” This effort was repeatedly interrupted. The criminal justice reform-minded jurist said the appeal was probably only limited in that manner because of how the government argued the case – which necessarily limited how the defendant could, in turn, defend against the charge.

As it turned out, the government had considered using a different theory of fraud – but abandoned that in the superseding indictment. And, jurors were instructed only on the “right to control” theory. Only now, on the merits before the Supreme Court, was the government seeking to argue that the right to control theory was essentially another way of getting to a fraudulent inducement case.

“Why should the government have another chance to start all over again?” Gorsuch asked – before offering Dreeben’s take on the issue as his own: “Why don’t we read the superseding indictment as a firm waiver of what the government is arguing here?”

Justice Ketanji Brown Jackson, offered Feigin a similar line of inquiry – and, for her part, appeared to have been convinced by Dreeben’s arguments that the indictment itself was defective – after initially expressing some hesitation about that very position.

After Dreeben said that the court cannot confirm a criminal conviction on the basis of a theory that was not presented to the jury during trial, Jackson suggested that maybe the indictment itself wasn’t entirely defective because “the government charges statutes, not theories.”

“The indictment actually is defective,” the attorney countered. “The government has to prove the theory that is charged and not a different theory.”

When it was Feigin’s turn, the recently-minted Justice Jackson noted that prosecutors – and the Second Circuit when denying the appeal – pointed to an entirely different asset than what the government is now arguing is the relevant asset before the nation’s high court.

The asset originally cited was “potentially valuable economic information” Jackson said, while audibly scoffing at the government’s new argument that the asset was “the actual contract, the money.”

“It seems as though you have reinterpreted right to control to be the new theory of fraudulent inducement,” she said. “Suddenly now we’re at this stage with a reinterpretation by the government of what right to control means. Why isn’t that a forfeiture?”

Feigin struggled to mend the twain.

“I totally remain confused,” Justice Sonia Sotomayor said. “Are you defending the Second Circuit’s view that a deprivation of economically valuable information is enough to prove fraud?”

Feigin, after being prodded to answer questions without hemming and hawing, was forced to admit that such a deprivation “alone” is not, in fact, enough to sustain a fraud conviction.

Sotomayor then recited the right to control theory as expressed in the jury charge, stressing the amorphous language about “potentially valuable economic information” as she spoke to the government attorney.

“Is that an accurate statement of the law?” she asked Feigin.

The attorney attempted to offer context but was cut off.

“Don’t give me a context,” Sotomayor said. “Is that an accurate statement of the law?”

“Because,” he argued, “there were no other assets we could be thinking about other than the $750 million.”

That argument was too much for Jackson, who interrupted Feigin again.

“But Mr. Feigin, that’s not how it works,” she said. “The fact that it might map onto another theory of fraud isn’t sufficient in a criminal case because doesn’t the jury have to be  actually instructed concerning the other theory?”

“The jury was instructed on this right to control theory and they convicted on that theory,” Jackson continued. “You seem to be suggesting that we can go back now and look at the evidence that was presented and say, ‘oh, but there was enough for another theory that the jury wasn’t instructed on’ and sustain the conviction on that basis.”

Feigin then attempted to bring up the procedural posture again – and was quickly cut off again.

“How can you say that?” Jackson asks. “When they have charged throughout that the actual law that was being instructed was invalid?”

Another potentially ruinous moment for the government’s case came from Justice Elena Kagan’s apparently genuine confusion as to why, exactly, the government originally considered the “right to control assets instead of the contract monies.”

After a bit of back-and-forth between herself and Feigin, the government attorney admitted that, at least in the Second Circuit, it was easier for the government to obtain victories using that theory.

“You just said it’s easier to convict people under this incorrect theory than the proper articulation of the law,” Justice Brett Kavanaugh said after that admission. “That’s very problematic.”

On rebuttal, Dreeben seized on the government’s various positions and Feigin’s admission about looking for an easy win.