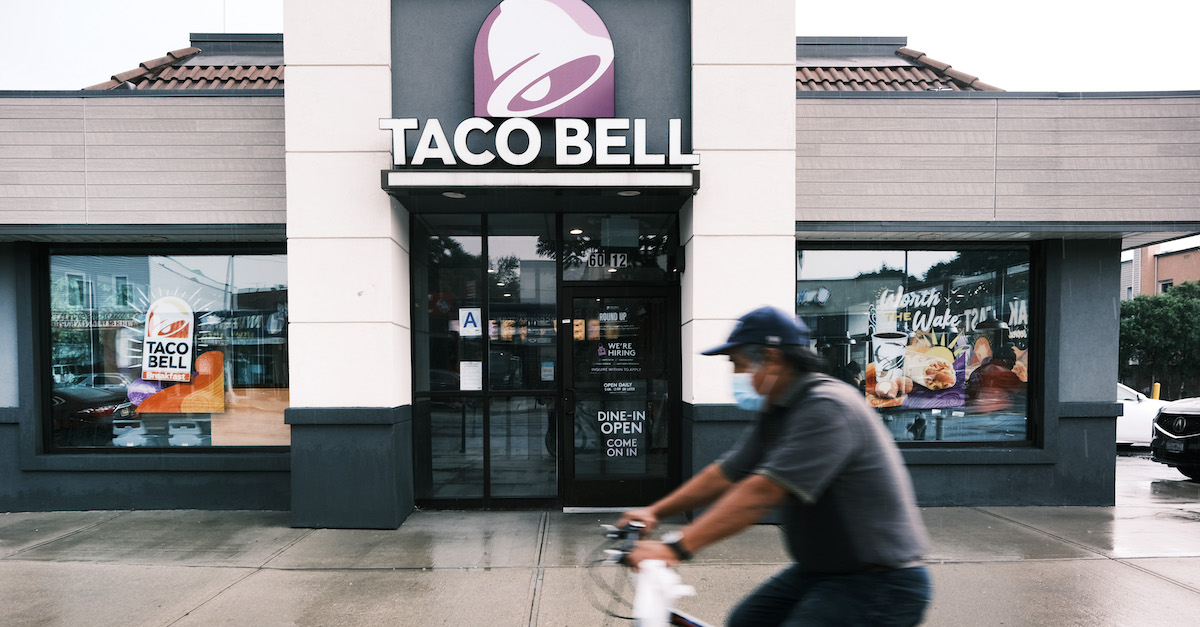 The Supreme Court of the United States granted certiorari in a case involving hundreds of Taco Bell employees who say they’ve been illegally cheated out of overtime pay.

The group of more 500 plaintiffs filed a class action lawsuit against Sundance, Inc. — a company that owns more than 150 Taco Bell franchises — over its wage and hour practices. Sundance argues that the case shouldn’t be heard by a judge, but rather, by an arbitrator. The aggrieved workers disagree, arguing that if Sundance wanted to arbitrate, it should have said so from the start.

The lawsuit’s lead plaintiff, Robyn Morgan, worked in Iowa as an hourly employee at a Taco Bell owned by Sundance. Morgan and the other plaintiffs allege that Sundance used a number of illegal wage and hour practices, such as forcing workers to clock out before the end of their shifts and “shifting” employees’ hours from the week they actually worked to the following week in order to deprive workers of overtime pay. Morgan and others brought a lawsuit in 2018 for violation of the Fair Labor Standards Act (FLSA) on behalf of all hourly employees of the company. The group wasn’t the first to raise Sundance’s employment practices in a lawsuit, either. A similar case had been filed in Michigan two years earlier by another group of employees.

After Morgan’s lawsuit was filed, typical litigation jousting ensued. Sundance filed a motion to dismiss (which was denied); later, the company filed an answer to Morgan’s complaint. The case next went to mediation, which was unsuccessful. It’s what Sundance did next that landed the case before the justices.

After mediation failed to produce a settlement in the case, Sundance filed a motion to compel arbitration as an alternative to litigation. Morgan and others argued that the defendant Sundance had never even mentioned arbitration, and had been proceeding with litigation in a manner wholly inconsistent with any expectation that the case would be arbitrated.

The district court sided with the plaintiffs, ruling that Sundance had waived any right to arbitration by not asking for it earlier in the proceedings. The U.S. Court of Appeals for the Eighth Circuit, however, reversed, basing its decision on the fact that there had been no showing that arbitration would prejudice the plaintiffs. That appellate court’s methodology, however, is at odds with the way other circuits have decided the same issue in other cases.

Legal requirements for deciding this arbitration issue, according to the plaintiffs’ petition for certiorari, “have devolved into a muddled mess,” requiring intervention from SCOTUS. A group of law professors who specialize in contract law and arbitration law also urged the justices to resolve the circuit split, arguing that federal courts are often erroneously applying the Federal Arbitration Act. The professors further argued that requiring prejudice (as the Eighth Circuit did in ruling that the case should proceed to arbitration) is improper as a matter of law. The justices granted the amici’s request Monday, allowing the submission of their brief.

“I hope that the Supreme Court takes this opportunity to reiterate that mandatory arbitration clauses should be treated like any other contracts, and should not be given special treatment,” Frankel said, explaining that general principles of fairness are at stake. “A party that imposes a mandatory arbitration clause on its customers or employees,” he said, “should not be able to use the court system, and then change its mind when it does not like how the case is proceeding and move the case to arbitration.”

Counsel for Sundance did not immediately respond to request for comment.

Editor’s Note: This piece has been updated from its original format to include comment from counsel.