Liberal and Conservative Justices, in 6-3 Decision, Agree That Sexual Orientation and Gender Identity Are Protected by Civil Rights Act 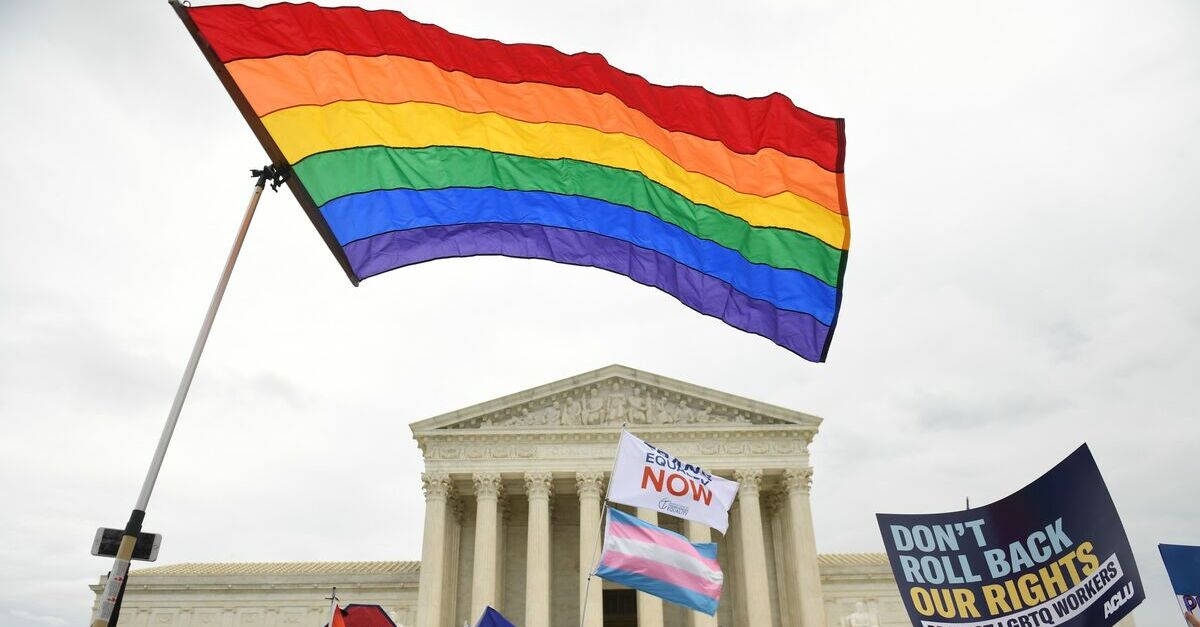 The U.S. Supreme Court on Monday ruled that employers who fire someone “merely for being gay or transgender” commit a Civil Rights violation under federal law. Such a sex-based dismissal is a denial of the rights codified in Title VII of the Civil Rights Act of 1964, according to the court.

In a 6-3 opinion authored by conservative Justice Neil Gorsuch, the nation’s high court issued a thunderous ruling that settled a years-old circuit split caused by three petitioners’ cases in three separate appellate courts. Those cases and controversies were rolled together and stylized as Bostock v. Clayton County, Georgia.

Title VII does not explicitly protect against discrimination on the basis of sexual orientation or gender identity, however, courts have increasingly used the anti-sex discrimination provisions to protect LGBTQ rights on the basis that sex plays an immutable role in any such discrimination against gay and transgender individuals.

“Today, we must decide whether an employer can fire someone simply for being homosexual or transgender,” Gorsuch notes in the opening paragraph of the landmark decision. “The answer is clear. An employer who fires an individual for being homosexual or transgender fires that person for traits or actions it would not have questioned in members of a different sex. Sex plays a necessary and undisguisable role in the decision, exactly what Title VII forbids.”

The ruling is a setback for the Trump administration’s anti-LGBTQ agenda and an unchecked victory for Civil Rights advocates such as the American Civil Liberties Union (ACLU) who argued against the proposition that private companies can lawfully fire individuals on the basis of their sexual orientation and/or gender identity.

“Few facts are needed to appreciate the legal question we face,” Gorsuch tidily summarizes. “Each of the three cases before us started the same way: An employer fired a long-time employee shortly after the employee revealed that he or she is homosexual or transgender—and allegedly for no reason other than the employee’s homosexuality or transgender status.”

Legally, the discussion is focused on Title VII’s language which makes it “unlawful . . . for an employer to fail or refuse to hire or to discharge any individual, or otherwise to discriminate against any individual with respect to his compensation, terms, conditions, or privileges of employment, because of such individual’s race, color, religion, sex, or national origin.”

After dispensing with definitional issues such as what “sex” means, what “discriminate against” means, and what “because of” means in the statute, the justices found that Congress intended a “sweeping standard” relying on a but-for test that directs the court “to change one thing at a time and see if the outcome changes.”

Gorsuch employs a series of hypothetical situations to show that discrimination on sexual orientation or gender identity is necessarily discrimination that happens because of a person’s sex.

An example makes the court’s logic clear [emphasis in original]:

[A]n employer who fires a woman, Hannah, because she is insufficiently feminine and also fires a man, Bob, for being insufficiently masculine may treat men and women as groups more or less equally. But in both cases the employer fires an individual in part because of sex. Instead of avoiding Title VII exposure, this employer doubles it.

The Supreme Court then applies the logic to the issues at hand:

“The statute’s message for our cases is equally simple and momentous: An individual’s homosexuality or transgender status is not relevant to employment decisions,” the court’s lengthy opinion continues. “That’s because it is impossible to discriminate against a person for being homosexual or transgender without discriminating against that individual based on sex.”

Several additional hypotheticals are used to prove the point:

Gorsuch’s watershed prose also appears to be specifically keyed toward needling his more conservative peers on the bench and those who espouse the statutory interpretation frameworks of textualism and originalism to cabin and explain away their jurisprudence.

“When the express terms of a statute give us one answer and extratextual considerations suggest another, it’s no contest,” the justice writes. “Only the written word is the law, and all persons are entitled to its benefit.”

A dissent longer than the opinion itself authored by Justice Samuel Alito and joined by Justice Clarence Thomas is also directly addressed by Gorsuch–and given short shrift.

“Ours is a society of written laws,” the justice who replaced Antonin Scalia said in response to Alito’s argument that Congress didn’t intend for Title VII to cover sexual orientation or gender identity at the time it was written. “Judges are not free to overlook plain statutory commands on the strength of nothing more than suppositions about intentions or guesswork about expectations.”

Justice Brett Kavanaugh authored a separate dissent–essentially along the same lines as Alito’s which upbraided the court for using “a novel form of living literalism to rewrite ordinary meaning and remake American law” which goes out of its way “to acknowledge the important victory achieved today by gay and lesbian Americans.”

Clearly, the court was ultimately unmoved by the more conservative justices’ barbs over the alleged betrayal of principles committed by Gorsuch–and Chief Justice John Roberts–in the monumental decision issued on Monday.

“Sometimes small gestures can have unexpected consequences,” the opinion notes at the outset. “Major initiatives practically guarantee them. In our time, few pieces of federal legislation rank in significance with the Civil Rights Act of 1964.”