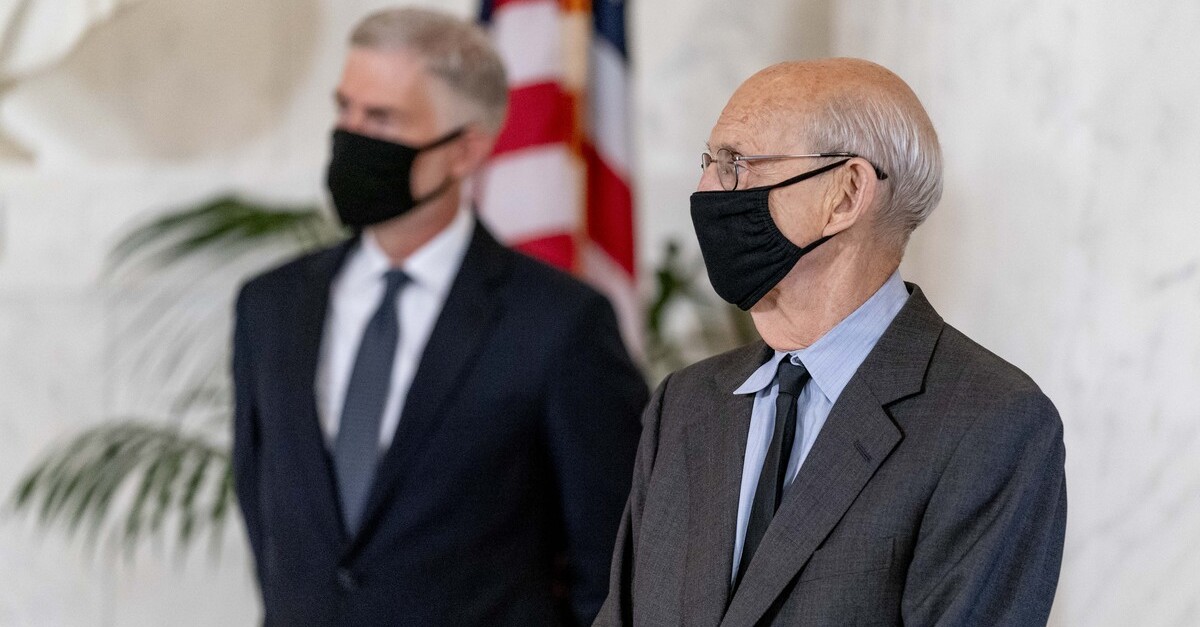 The Supreme Court handed down a 5-3 decision Thursday in Pereida v. Barr, a case addressing a legal issue that occurs at the messy intersection of federal immigration law and state criminal law. SCOTUS ruled against Clemente Pereida, who entered the United States without authorization 25 years ago.

Pereida is a father of three children (including one U.S. citizen and one DACA-recipient). The U.S. government wishes to deport Pereida, and has obtained an official removal order to do so. Under Immigration and Nationality Act (INA), Pereida is entitled to request that an immigration judge consider the hardship that his deportation would have on his child, who is a U.S. citizen. Judges have some discretionary power to halt removals, and Pereida seeks to make his case.

The INA, however, does not allow all subjects of removal orders to present hardship claims; to be eligible, the person must prove that they have not been convicted of any “crime involving moral turpitude.” The problem arises for Pereida and others similarly-situated: how do we know when someone has been convicted of a “crime involving moral turpitude” if their criminal records don’t specify the exact statutory basis for their conviction?

Pereida’s story is not particularly unique. He was allegedly caught attempting to use a fake Social Security card when applying for a job in Nebraska. He was prosecuted and convicted for attempting a misdemeanor called “criminal impersonation,” paid a $100 fine, and served no jail time.  Problematically, though, the Nebraska statute involved actually covers four separate crimes (also including identity theft and carrying on a business or occupation without a license). The criminal records say nothing about which of the four offenses Pereida was convicted of attempting. Because some of the included crimes do involve deceit (and therefore, “moral turpitude) and others do not, it’s impossible to tell whether Pereida has satisfied the rule required to plead his removal hardship.

Pereida argues that the ambiguity means that he’s still eligible to plead his hardship. The Supreme Court, however, disagreed.

Writing for a five-justice majority (Justice Amy Coney Barrett did not participate in this case), Justice Neil Gorsuch affirmed the Eighth Circuit’s decision, ruling against Pereida.

The crux of the SCOTUS decision was that it is Pereida’s burden to prove he is qualified to raise a hardship argument, and any difficulties doing so are his problem.

“[A]ny lingering uncertainty about whether Mr. Pereida stands convicted of a crime of moral turpitude would appear enough to defeat his application for relief, exactly as the BIA and Eighth Circuit held,” wrote Gorsuch.  Writing that “[i]t turns out that Mr. Pereida actually agrees with much of this,” the justice reasoned that Pereida agreed that ambiguity in the statute’s other eligibility requirements (longstanding presence in the country, good moral character, and extreme hardship on a relative) would doom a petitioner’s hardship argument. Therefore, Pereida should also agree that ambiguity about his criminal background is fatal to his case.

Gorsuch went on to address the obvious difference between ambiguity on items that depend on an individual’s personal information and those that are related to criminal history—namely that, with the latter, the government would have greater control to records.

“Record-keeping problems promise to occur from time to time regardless who bears the burden of proof,” allowed Gorsuch. “And, as in most cases that come our way, both sides can offer strong policy arguments to support their positions.”

Although Pereida argues that fairness and efficiency would be served if the government bore the risk of problems with record-keeping, there is a compelling counterargument.

“[It] is important for the burden of proof to rest with the alien so those seeking discretionary relief cannot gain a tactical advantage by withholding or concealing evidence they possess about their own convictions.” Gorusch opined. “It is hardly this Court’s place to pick and choose among competing policy arguments like these along the way to selecting whatever outcome seems to us most congenial, efficient, or fair. Our license to interpret statutes does not include the power to engage in such freewheeling judicial policymaking.”

Justice Stephen Breyer penned a dissent joined by Justices Sonia Sotomayor and Elena Kagan. Breyer advocated the use of a system that would yield better practical results.

“Immigration judges and sentencing judges have limited time and limited access to information about prior convictions,” reasoned Breyer. “The vast majority of prior convictions reflect simple guilty pleas to the crime charged, and, where the record papers are silent, efforts to uncover which of several crimes was ‘really’ at issue can force litigation that the guilty plea avoided.”

“As a result,” Breyer warned, “the immigration judge or sentencing judge now might have to conduct the very fact-based proceeding that the earlier guilty plea was designed to avoid.”

Breyer suggested that the correct manner to resolve situations like Pereida’s would be to use the “categorical approach,” which would yield simple results. Using this approach, the immigration judge would look to the elements of the statutory crime, rather than the individual’s personal conduct. In this case, this would mean that the immigration judge could simply decide whether the statute is of the kind that would have prevented Pereida from seeking protection from removal.

Because the majority declined to go with this approach, the dissent raised the question, “So what happens now?”  Breyer asked. Breyer warned that the majority decision ignored congressional intent.

“I fear today’s decision will result in precisely the practical difficulties and potential unfairness that Congress intended to avoid,” he wrote.

Discretion, Breyer continued, is already built into the immigration statute:

As already noted, cancellation of removal is discretionary. Thus, when a conviction is not disqualifying under the categorical approach, the Government may still deny the noncitizen relief. If it turns out that an individual with a record like the one here in fact violated the statute in a reprehensible manner, that can be accounted for during the discretionary phase of the proceedings, when the categorical approach does not apply.

Breyer ended with a statement bereft of dramatic language, but with an implicit accusation: the majority that purported to avoid “freewheeling judicial policymaking” adopted a ruling antagonistic to legislative intent.

“In my view, the Court should follow Congress’ statute,” Breyer concluded.