Labor Board Backs USC College Athletes in Case, Arguing They Are ‘Employees’ Who Should Be Paid and Permitted To Unionize 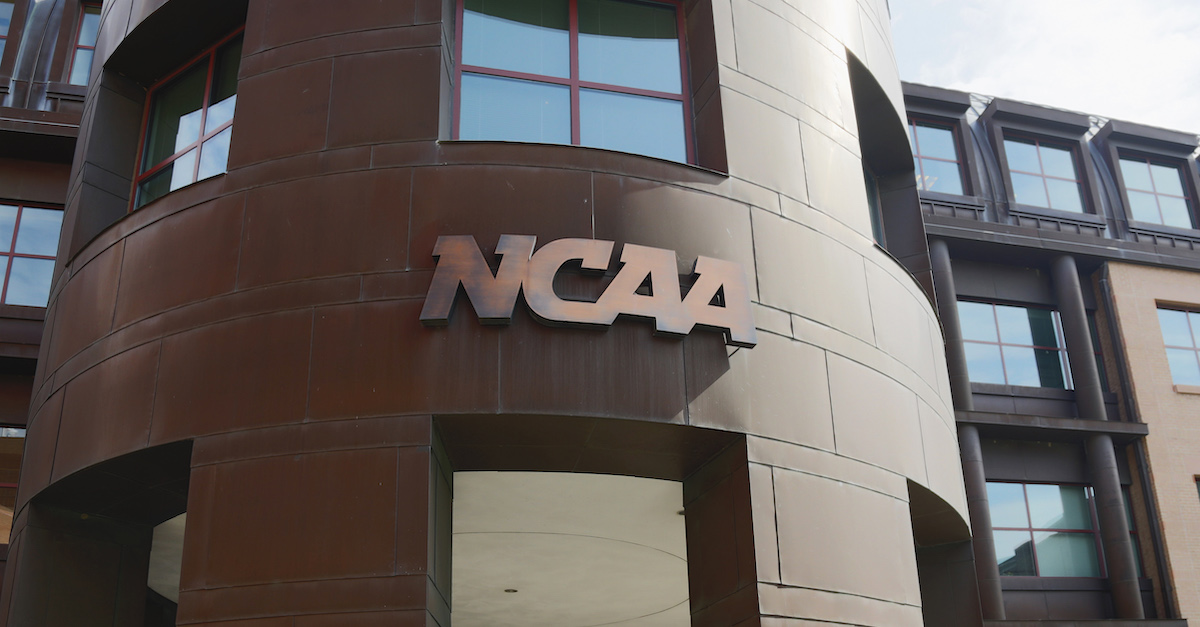 The entrance to the NCAA’s headquarters in Indianapolis, Indiana.

The National Labor Relations Board (NLRB) will take the side of student athletes in an unfair labor practices case against USC, the Pac-12 Conference, and the National College Athletics Association (NCAA). If a judge sides with the NLRB, it could mean that student athletes across the nation will be reclassified as “employees” of their respective schools who are entitled not only to compensation, but to other employee benefits such as the right to unionize.

Unless the parties come to an early settlement, the labor board will be advancing a complaint raised by the National College Players Association (NCPA), an advocacy group that has waged several battles on behalf of student athletes. The NCPA argued that that college football and basketball players are employees who must be paid fare wages for their work.

The NLRB’s Region 21 in Los Angeles found that the NCPA’s complaint had merit, which fell in line with the region’s guidance issued in September 2021. provided guidance in 2021. Now, the labor board is poised to prosecute the complaint in a hearing before an administrative law judge.

A June 2021 Supreme Court ruling set an inviting stage for the argument that college football and basketball players deserve more from the NCAA. In a unanimous ruling in NCAA v. Alston, the justices decided that some of the NCAA’s “amateurism” rules violate federal antitrust law.  The students in the case argued—and SCOTUS agreed—that the NCAA operated an illegal monopoly which prevented students from entering into fear agreements for their services.

Justice Neil Gorsuch penned the Court’s decision in Alston, in which he noted that the NCAA is a “massive business” that earns billions each year. Several times in his opinion, Gorsuch quoted from the lower court’s ruling that linked the NCAA’s treatment of college athletes to “a cartel of buyers acting in concert to artificially depress the price that sellers could otherwise receive for their services.”

It was Justice Brett Kavanaugh who, in a forceful concurrence to Gorsuch’s unanimous decision, tipped his hand on the issue of student athletes as “employees.” Kavanaugh declared: “The NCAA’s business model would be flatly illegal in almost any other industry in America,” and he went on to analogize college sports to restaurants, law firms, hospitals, news organizations, and movie studios.

Going even further, Kavanaugh noted that many college athletes who generate massive income for their schools are African-Americans from low-income backgrounds, and that they are unfairly excluded from the benefits they have produced. Kavanaugh wrote:

NCPA Executive Director Ramogi Huma served as the plaintiff’s attorney advisor in the Alston case; in 2021, Huma said that SCOTUS’s ruling “makes clear that college athletes deserve every opportunity to seek and receive compensation – just like other students.”

In Alston, the justices did not directly answer the question of whether student athletes should be considered employees for purposes of employment law. Rather, the case turned on how the NCAA’s practices lined up under the Sherman Antitrust Act of 1890. Still, the Court’s unanimous decision to side against the NCAA in Alston is a clear signal that the nation’s highest court would be receptive to the NLRB’s impending argument on behalf of players.

In a statement about the upcoming NLRB case, Huma said:

Coaches, athletic directors, and conference commissioners are making millions of dollars while NCAA sports denies athletes fair compensation, breaks minimum wage and overtime laws, and avoids workers compensation while hazardous workplace conditions remain unchecked. We are working to make sure college athletes are treated fairly in both the education and business aspects of college sports. Gaining employee status and the right to organize is an important part in ending NCAA sports’ business practices that illegally exploit college athletes’ labor.

The Region’s determination that the unfair labor practices have merit is based on a determination that USC, the Pac-12 Conference, and the NCAA, as joint employers, have maintained unlawful rules and unlawfully misclassified scholarship basketball and football players as mere ‘student-athletes’ rather than employees entitled to protections under our law. This kind of misclassification deprives these players of their statutory right to organize and to join together to improve their working/playing conditions if they wish to do so. Our aim is to ensure that these players can fully and freely exercise their rights.

The NCAA provided the following statement in an email to Law&Crime Monday:

The NCAA is a member-led organization dedicated to the well-being and success of its student-athletes, on and off the field. The NCAA’s focus remains on providing diverse athletics opportunities and cultivating an environment that emphasizes academics, fairness, and well-being. Contrary to the claims presented in the NLRB charges, college athletes are not employees of the NCAA, regardless of sport or division. The NCAA’s commitment is to student-athletes, and it will continue to vigorously defend any attempts to divide them based on arbitrary standards, as it demeans the hard work and sacrifice of all who participate in college sports.

In September 2021, the General Counsel issued a memo to all Regional offices, providing updated guidance regarding her position that certain Players at Academic Institutions (sometimes referred to as student athletes), are employees under the National Labor Relations Act, and, as such, are afforded all statutory protections.

A representative from USC responded to Law&Crime’s request for comment Monday via email which read:

This matter remains at an initial stage, and no final ruling will be issued until there has been a full hearing based on all the relevant facts and law. We look forward to presenting those facts, along with 75 years of favorable legal precedent, at the appropriate time.

Law&Crime spoke with attorney and employment law expert Philip Bonoli Monday, who said that in light of the SCOTUS ruling in Alston, it was “likely” that an administrative law judge would determine that student-athletes are employees under the relevant law.

Bonoli also commented on the potential reach of such a determination and noted that employees, “may then be entitled to minimum wages, meal/rest breaks, overtime, accurate wage statements, and everything else to which a regular non-exempt employee would be entitled.” Bonoli said the case was especially noteworthy in its implications regarding student-athlete unionization.

“They could attempt to form a players association, which would be the collective bargaining representative for the players, and would assist players with wages, benefits, grievances and other employment terms and conditions such as health insurance, PTO and retirement benefits,” he explained.

Editor’s Note: This piece was updated from its original version to include comment from the parties and further analysis.