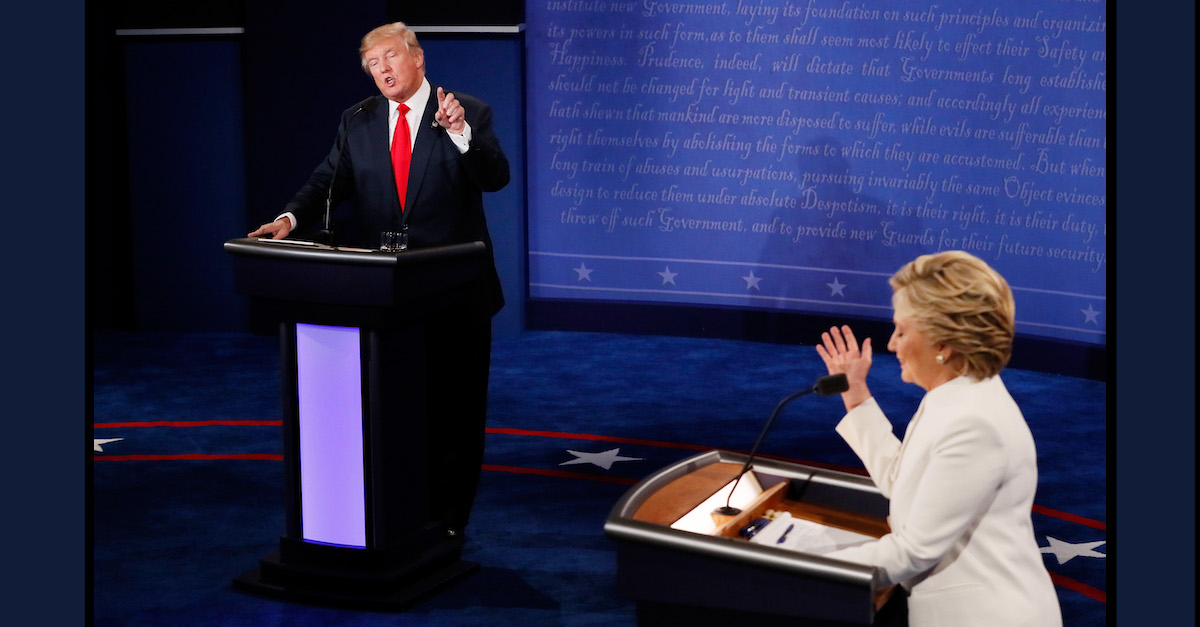 Hillary Clinton personally “agreed with” plans to share shaky intel with the media — information that purported to connect then-rival candidate Donald Trump‘s computer servers to a Kremlin-aligned bank. That’s according to testimony by her former campaign manager that was reported on Friday by CNN.

Robby Mook made the admission from the witness stand in a criminal case against Michael Sussmann, a cybersecurity lawyer for the Clinton- and DNC-aligned law firm Perkins Coie. Sussmann is charged with giving a false material statement to the FBI.

The Clinton campaign considered sending reporters the material that attempted to show a “covert communication channel” between Trump and Russia’s Alfa Bank, FOX News reported by citing trial testimony.  Clinton made the call to disburse the material to the media despite her campaign not being “totally confident” that it was legitimate, Mook testified, as per FOX News.

“We discussed it with Hillary,” Mook said of the Trump-Russia material. He later said that Clinton “agreed with the decision” to push the material to the press with hopes that a reporter could “run it down” to ascertain its validity as “accurate” or “substantive” (or, as the case turned out to be, neither of those things). 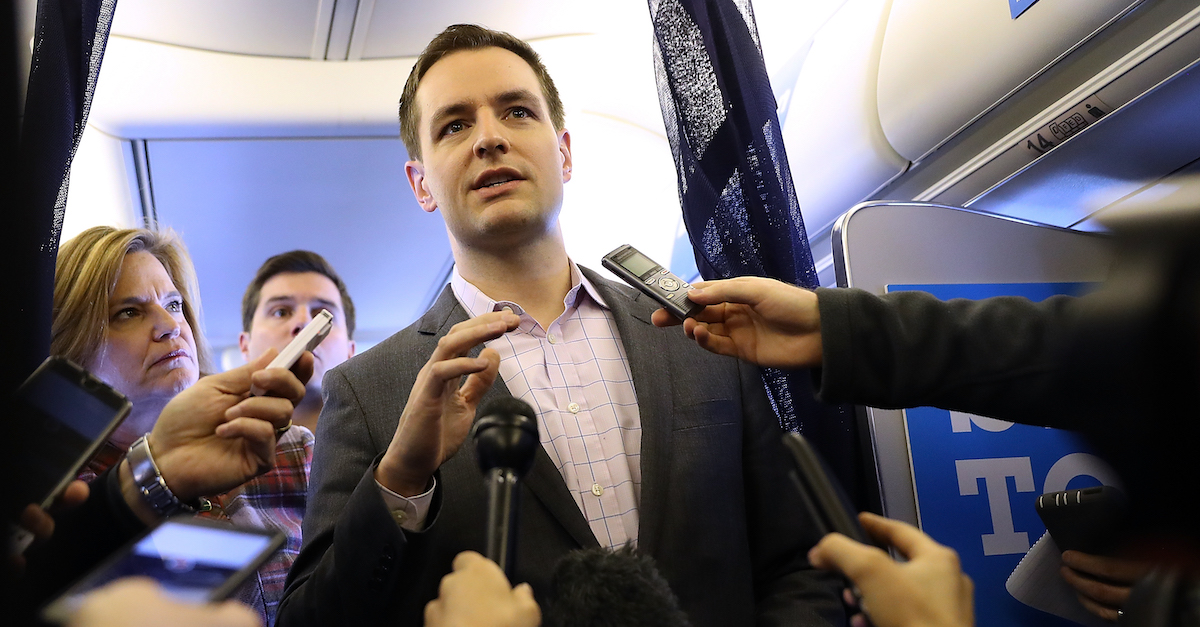 After the Clinton campaign passed a tip about the data to Slate magazine, Slate ran a story about the efforts of computer scientists to look into Russian interference with the election process.  That story claimed that researches had uncovered what they believed was a “sustained relationship between a server registered to the Trump Organization and two servers registered to . . . Alfa Bank.”

A U.S.-based spokesperson for the bank told Slate that allegations of a Trump connection were false, according to Slate:

The suggestion that Trump’s computers were communicating with servers at Alfa Bank was later rubbished by a U.S. Senate report:

Based on the FBI’s assessment, the Committee did not find the DNS activity reflected the existence of covert communication between Alfa Bank and Trump Organization personnel. However, the Committee also could not positively determine an intent or purpose that would explain the unusual activity.

The FBI told a New York Times reporter late in the 2016 election cycle that the Trump-Alfa Bank computer traffic identified may have had an “innocuous explanation,” and Robert S. Mueller III eventually said he considered suggestions of a covert Trump-Alfa Bank relationship as being “not true.”

During the trial, ex-FBI General Counsel James Baker, the man with whom Sussmann spoke, testified that federal agents who looked into the data found “there was nothing there.” 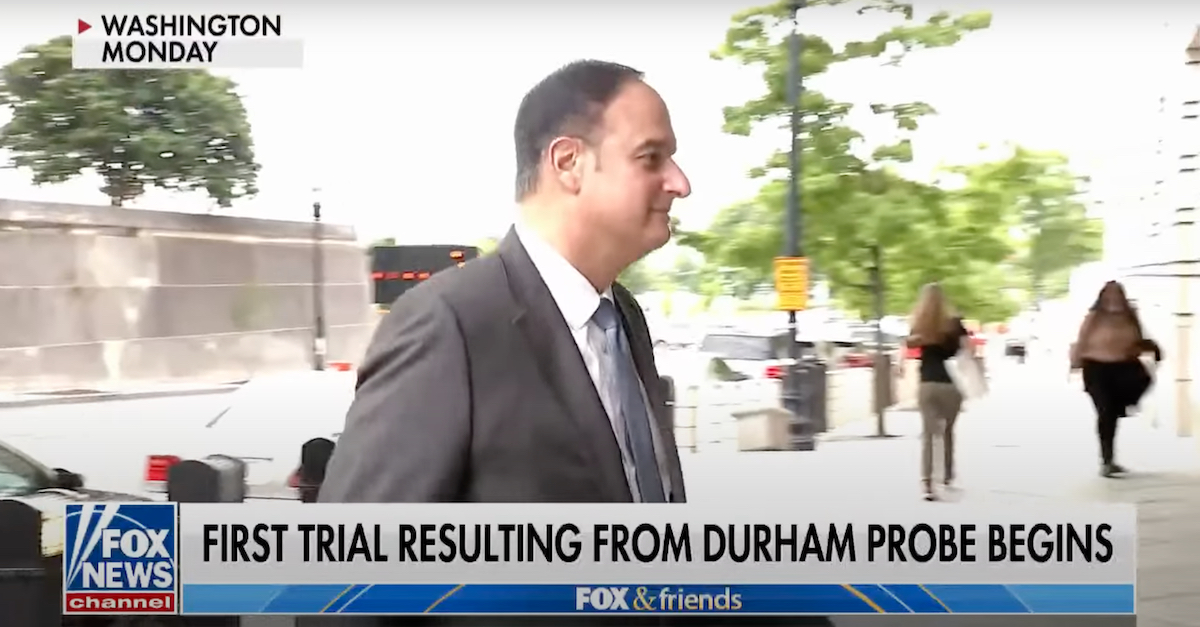 Sussmann is being tried not about the underlying allegations of Russian communications but instead about the nature of a tip which sought to inform the FBI of the mysterious computer data. The alleged lie is that Sussmann purportedly told the FBI he was acting as a private concerned citizen and not as an emissary of a candidate or a political party adverse to Trump when he brought the FBI’s attention to the data.  The nature of Sussmann’s work — and for whom he was working — is the subject of the trial, as is an even bigger question: was Sussmann’s alleged lie about his client (or lack thereof) “material” enough to the underlying tip to warrant a criminal conviction?  His attorneys naturally say it was not; Sussmann pleaded not guilty.

Though Mook said the campaign provided information to the press about the computer data at issue, he testified that he didn’t know about Perkins Coie’s “playing a role with us sharing the information with the media,” CNN said.

Mook also said that he didn’t even know who Sussmann was during the 2016 campaign, according to CNN.  He further discounted suggestions that Sussmann was bringing the data to the FBI with hopes it would get back to the press.

“Going to the FBI does not seem like an effective way to get information out to the public,” Mook reportedly said. “You do that through the media, which is why the information was shared with the media” directly.

Mook reportedly testified during cross-examination that he learned of the Alfa Bank data from Marc Elias, another attorney with Perkins Coie at the time.

Elias testified that he didn’t even know Sussmann had met with the FBI until Sussmann was indicted, CNN reported.

Sussmann is being tried by John Durham, the special prosecutor appointed during the Trump administration to look into whether anyone violated the law by investigating the 2016 candidates.

“The Special Counsel is authorized to investigate whether any federal official, employee, or any other person or entity violated the law in connection with the intelligence, counter-intelligence, or law-enforcement activities directed at the 2016 presidential campaigns, individuals associated with those campaigns, and individuals associated with the administration of President Donald J. Trump, including but not limited to Crossfire Hurricane and the investigation of Special Counsel Robert S. Mueller, III,” reads the order which appointed Durham.

[image of Trump and Clinton via Getty Images/pool]