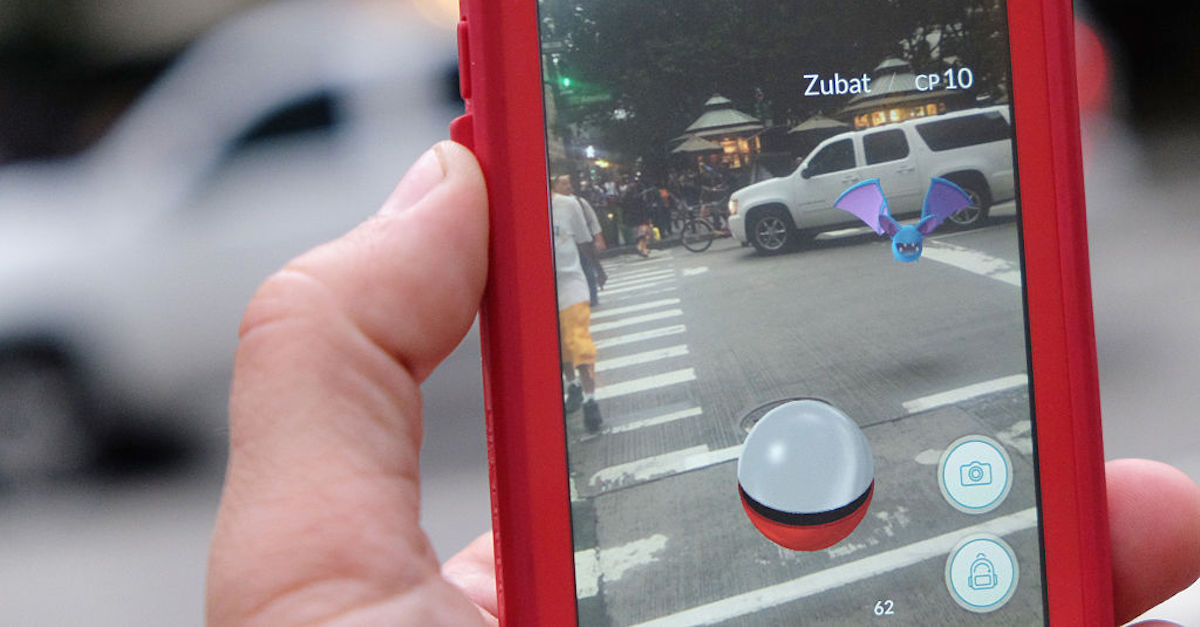 A California appellate court has upheld the firing of two Los Angeles Police Department (LAPD) officers who ignored a robbery call to play the mobile phone game Pokémon Go.  The court ruled that evidence from an in-car dashboard camera system that recorded the cops’ escapades was not improperly obtained. That same recording revealed the details of the officers’ conversations about the game, and they are described in the text of the opinion.

On Saturday, April 15, 2017, Louis Lozano and Eric Mitchell were working together as partners for the LAPD Southwest Division when a call came in for “a 211 in progress” (a robbery) involving multiple suspects at the Macy’s at the Crenshaw Mall. It was a “busy” Saturday, according to the facts found during the lower court hearing, and “there were more calls than police cars available to respond and there had been a homicide earlier in the day.”

Captain Darnell Davenport, the division’s patrol commanding officer, was responding to the homicide call when he heard the call for the robbery and saw “a police car tucked back in an alley just feet away.” He didn’t recognize it, and when it didn’t respond to the call, he decided to respond to the robbery call instead. Davenport also described seeing that other police car back down the alley and turn left to drive away.

Sergeant Jose Gomez, Lozano and Mitchell’s patrol supervisor that day, made multiple attempts to contact them during the robbery call but was unsuccessful. Gomez met up later with the two officers in a 7-Eleven parking lot and  asked if they’d heard the call. Mitchell claimed he hadn’t heard it and Lozano claimed he heard Davenport responding but didn’t hear a request for backup. Both claimed they had trouble hearing the radio because it had been “really loud” that day in a park they’d apparently been patrolling, with “a lot of music.” Gomez initially accepted that explanation and counseled them about needing to pick a location where they could properly hear their radio.

The next day, Gomez thought further about his conversation with the two officers and decided to check their patrol vehicle’s digital in-car video system (DICVS) to “find out what they do on their average day.” That’s when he discovered some “new and disturbing” facts:

It had been petitioners’ patrol unit that Captain Davenport saw in the alley only a short distance from the mall; petitioners did hear the radio call about a robbery in progress; they discussed the call and whether they should assist Captain Davenport; and they went Code 6 on the Crenshaw Corridor to conceal that they had decided not to respond to the call.

It only got worse for Lozano and Mitchell from there, as the DICVS recording revealed that the duo definitely heard the call and mocked the idea of helping Davenport.

The partners then misrepresented their location by claiming to be responding to a different call in another location.

And then the detective assigned to investigate the misconduct complaint against Lozano and Mitchell discovered, after repeated reviews of the DICVS recording, that the officers seemed to have been playing Pokémon Go while on duty that day:

The recording showed that, at approximately 6:09 p.m. (just five minutes after Officer Lozano said “screw it” to checking in with communications about the robbery call), Officer Mitchell alerted Lozano that “Snorlax” “just popped up” at “46th and Leimert.”

For approximately the next 20 minutes, the DICVS captured petitioners discussing Pokémon as they drove to different locations where the virtual creatures apparently appeared on their mobile phones. On their way to the Snorlax location, Officer Mitchell alerted Officer Lozano that “a Togetic just popped up,” noting it was “[o]n Crenshaw, just South of 50th.” After Mitchell apparently caught the Snorlax— exclaiming, “Got ‘em” — petitioners agreed to “[g]o get the Togetic” and drove off. When their car stopped again, the DICVS recorded Mitchell saying, “Don’t run away. Don’t run away,” while Lozano described how he “buried it and ultra-balled” the Togetic before announcing, “Got him.” Mitchell advised he was “[s]till trying to catch it,” adding, “Holy crap, man. This thing is fighting the crap out of me.” Eventually Mitchell exclaimed, “Holy Crap. Finally,” apparently in reference to capturing the Togetic, and he remarked, “The[ ] guys are going to be so jealous.” Petitioners then agreed to return to the 7-Eleven (where Sergeant Gomez later met them) to end their watch. On the way, Mitchell remarked, “I got you a new Pokémon today, dude.”

For those unfamiliar with Pokémon Go, it’s an augmented reality mobile phone game that launched in 2016. The game uses a cell phone’s GPS technology to overlay a virtual reality map over the real world. Players can ‘find’ and ‘capture’ various Pokémon creatures within the game’s digital world by traveling about in the real world and aiming their phones in search of the electronic critters. There are hundreds of different types of Pokémon, some rarer within the game than others. Both the “Snorlax” and “Togetic” Pokémon referenced in this case were not commonly found out “in the wild” — hence the officers’ excitement.

Like so many other schemes gone wrong, the coverup was worse than the initial wrongdoing, and the officers inexplicably attempted to convince the investigating detective that that were just talking about the game and sending text messages about it, not actually playing. Unsurprisingly, they were unable to explain away the extensive recorded conversations and then tried to claim Pokémon Go was not actually a game, but rather a “social media event.”

Eventually the ruse was up, and the officers “admitted leaving their foot beat area in search of Snorlax, but they insisted they did so ‘both’ as part of an ‘extra patrol’ and to ‘chase this mythical creature.'”

In the hearing before the board of rights, the officers objected to the use of the DICVS recording on the grounds that it recorded a private conversation between them, but the board rejected that argument, noting that while capturing the private conversations of police officers was not the system’s intention, and the department’s own professional standards included a notice that “authorized the use of unintentionally recorded personal communications in disciplinary matters if there was ‘evidence of criminal or egregious misconduct.'”

The board found that ignoring a real-world robbery — not to mention the request for help for their fellow LAPD officers — to chase down a Pokémon character instead “would certainly be classified as egregious.”

Furthermore, both officers were “disingenuous and deceitful” during the hearing, had demonstrated a “willful failure” to respond to the robbery in progress, and tried conceal their actual whereabouts, the board concluded.  The officers also prioritized a mobile phone game over their job duties and thus “violated the trust of the public,” “represent[ed] unprofessional and embarrassing behavior,” and exhibited conduct “inconsistent with the values and principles expected of our police officers who serve this community.”

“No surprise they didn’t keep their jobs,” wrote Axios reporter Stephen Totilo regarding the case.

The board unanimously but not unexpectedly recommended that both Lozano and Mitchell should be fired, and the Chief of the LAPD followed that recommendation.

The appeals court opinion is below: