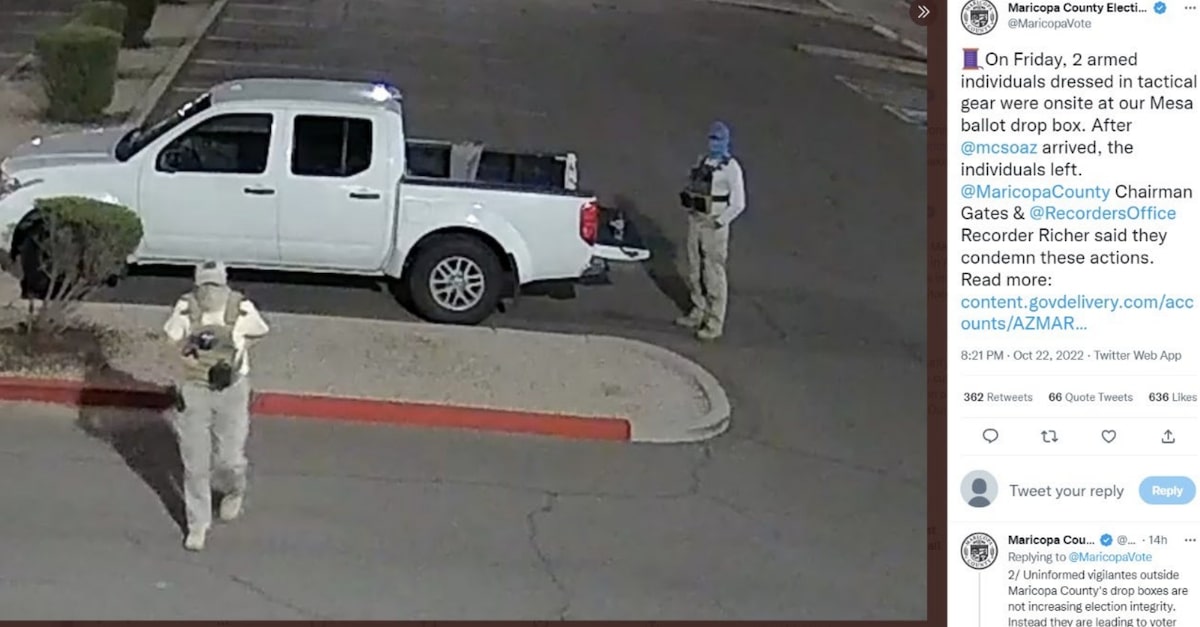 As lawsuits surrounding the Arizona drop box “vigilantes” swirled in court, an obscure group called Clean Elections USA and its Steve Bannon-linked founder took focus in the litigation. Investigative journalists specializing in elections, however, unpacked the less-covered role of True the Vote, a right-wing dark money group that’s been an influential force in conservative politics for more than a decade.

In the latest episode of Law&Crime’s podcast Objections: with Adam Klasfeld, the editorial director of an elections-focused news organization behind those exposés picks apart those connections.

“This is not a grassroots effort,” VoteBeat’s editorial director Jessica Huseman said on the podcast. “This is very much a thing that is very well-organized, very well-staffed. And so isn’t nearly as a sort of organic as as many on the right have painted it to be.”

After the 2020 presidential election, True the Vote filed — and then quickly withdrew — lawsuits in four states: Wisconsin, Michigan, Georgia, and Pennsylvania. They were sued for fundraising on the litigation before scuttling the cases. It is also the non-profit group behind right-wing academic Dinesh D’Souza’s debunked film 2000 Mules, which falsely alleged that cell-site data uncovered a wide-ranging scheme to subvert the election for Joe Biden.

The film, however, continued to animate a national movement to ferret out so-called “mules” at drop boxes, including by inspiring what Arizona election officials described as “vigilantes,” some of whom arrived armed and wearing body armor.

“They are encouraging people to send any concerns that they have to a specific tip line, which in theory is going to sort of aggregate all of the problems and then submit them if they decide they need to challenge the results or the way that the ballots are being counted,” Huseman noted.

True the Vote’s leaders Catherine Englebrecht and Gregg Phillips were recently jailed for contempt of court in an unrelated defamation and computer hacking case in Texas. In that case, a judge penalized them for refusing to disclose the name of a man who helped them to supposedly investigate an election software company.

“So they really stepped in it,” Huseman noted.

“This is the greatest opportunity for us to catch the cheaters in real time maybe that’s ever existed,” Phillips reportedly said on that platform, a few weeks before early voting began in Arizona. “So we’re excited about it.”

A day after the Justice Department warned that the conduct may cross the line to intimidation, Clean Elections USA and the groups suing it quickly entered into a stipulated temporary restraining order. That order blocked people from confronting or photographing drop box voters within 75 feet, or openly carrying firearms within 250 feet of the drop boxes.