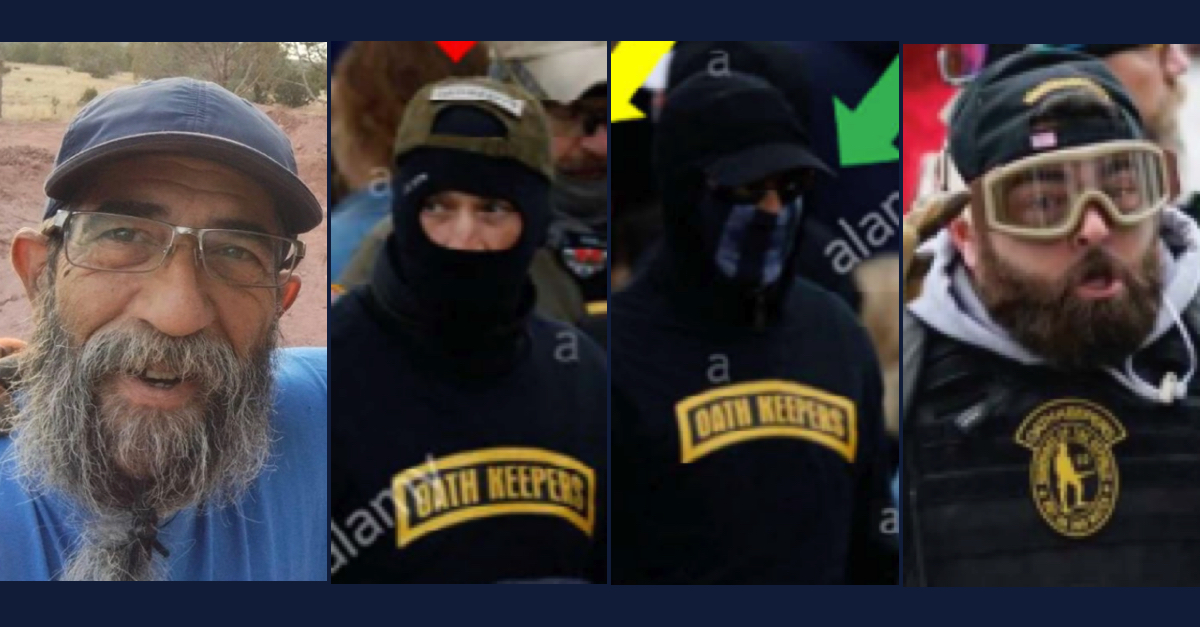 Four men linked to the anti-government Oath Keepers militia group charged alongside founder Stewart Rhodes have been convicted of seditious conspiracy, obstruction of an official proceeding of Congress, and other felonies.

They were accused of plotting to use force and violence on Jan. 6, 2021, to keep former President Donald Trump in office despite losing the 2020 presidential election to Joe Biden.

The men were the final four defendants to go to trial in the government’s case against Oath Keepers founder Stewart Rhodes and four co-defendants, Kelly Meggs, Jessica Watkins, Kenneth Harrelson, and Thomas Caldwell. Those five defendants were convicted in November of a variety of charges, including seditious conspiracy for Rhodes and Meggs. Both the seditious conspiracy and obstruction of Congress charges carry a potential 20-year prison sentence.

Under Rhodes’ leadership, the accused co-conspirators allegedly set up a cache of weapons and firearms — a so-called Quick Reaction Force, or QRF — at a hotel in Arlington, Virginia. Prosecutors say they intended to try and ferry the firepower over the Potomac River to the Capitol, where the mob of Trump supporters had faced off against law enforcement. Rioters eventually broke into the Capitol building at around 2:15 p.m., forcing Congress to halt its certification of Biden’s win.

Moerschel and Hackett are accused of joining Meggs, Harrelson, and Watkins in a military-style “stack” formation that was seen making its way through the crowd.

Vallejo isn’t charged with entering the building, but he is alleged to have played a major role in setting up the QRF. On Jan. 6 itself, he told an Oath Keepers chat dedicated to a “DC Op” that day that he was awaiting instructions.

“QRF standing by at hotel,” Vallejo wrote at 2:38 p.m., some 15 minutes after the initial breach of the building. “Just say the word…”

The seditious conspiracy convictions amounts to a significant victory for federal prosecutors, who were able to secure two such convictions of the five defendants charged in the first part of the two-part multi-defendant trial. Monday’s verdict brings the number of people convicted of the felony, punishable by up to 20 years in prison, to 10.

At nearly eight weeks, the second Oath Keepers seditious conspiracy trial was slightly shorter than the first, which lasted around nine weeks from jury selection to verdict.

U.S. District Judge Amit Mehta did not announce a sentencing date, and it’s not likely that the case will proceed directly to that point. Attorneys for the first group of Oath Keepers defendants have filed multiple motions seeking to undo the verdict, including a motion for acquittal notwithstanding the verdict and a motion for a new trial.

Mehta, a Barack Obama appointee, declined to detain the men pending sentencing, finding that they are not flight risks and have complied with the conditions of their pretrial release, according to Politico.