Woman Drugged Her Daughter, Prepared to Burn the Body, Then Beat Her to Death When She Woke Up: Prosecutor 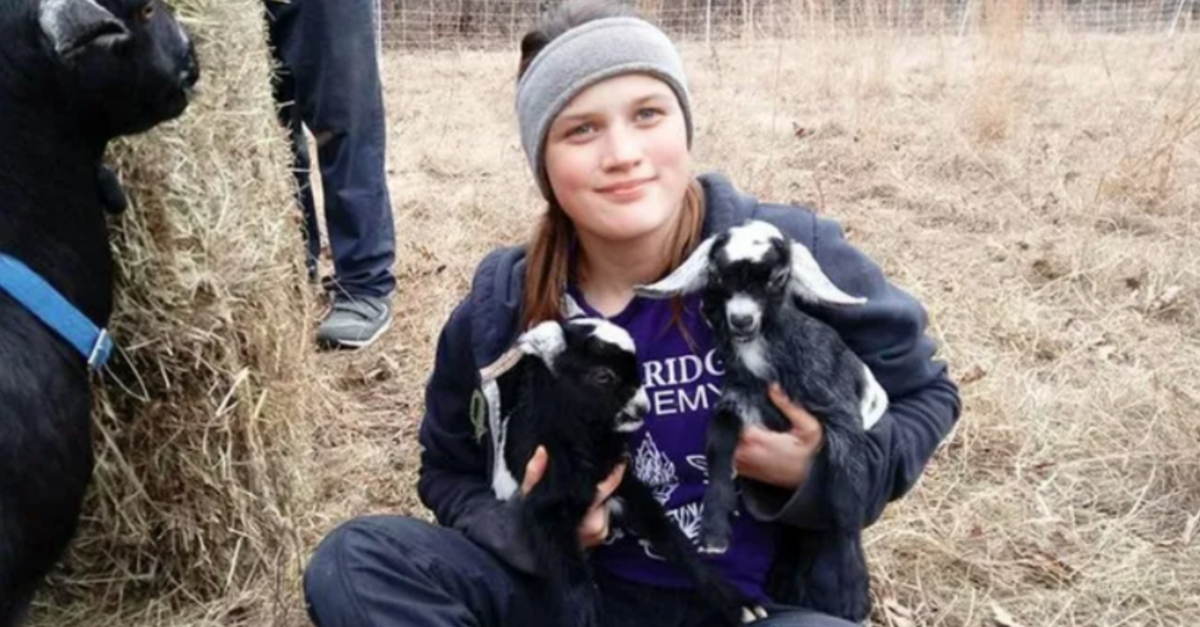 Prosecutor Anthony Brown in part cited accounts from three women, who had been in jail with Ruud. One of them said that Ruud admitted to drugging Savannah with hydrocodone, according to Brown. Then Ruud, believing her daughter was dead, took her body to a burn pile, but the teenager had not died, the prosecutor said. The victim woke up screaming and Ruud beat her to death, Brown said.

“And during this screaming, the defendant hit her with a rake or other type of long-handled implement until she could scream no more,” he said. “And after all that, all that was left of Savannah was a bag of bones.”

Prosecutor Anthony Brown said that #RebeccaRuud burned her 16-year-old daughter alive. “The defendant thought Savannah was dead and brought her body to the burn pile to dispose of the evidence,” the prosecutor said. “She wasn’t dead. She woke up screaming.” pic.twitter.com/CS5PhM8tvP

Defense lawyer Yvette Renee Duvall disparaged this tale and the other jailhouse accounts, calling them “fantastical stories” that neither match the evidence nor other accounts from people who were actually there. The attorney suggested the inmates fabricated these stories.

According to Brown, Ruud gave Savannah up to her friends Tamile Leckie-Montague and David Leckie after giving birth and feeling she did not believe she was fit to be a mother. Duvall described this period in tumultuous terms, saying Ruud’s abusive mother kidnapped the infant Savannah at one point.

Savannah grew up with Tamile and David in Minnesota, but the situation started to change in 2010, when the adoptive couple separated. Once a teen, Savannah began acting out, the prosecutor said. He also described her as being on the autism spectrum. She cut herself because of what was going on with her home life, he said. Leckie, who was diagnosed with depression and ADHD, was hospitalized twice for suicidal ideation and a plan to die by suicide, Duvall said.

It was finally decided that Savannah would be better off with her biological mother, the prosecutor said. Ruud took the teenager, then 15, in late 2016, and brought the girl to her farm in rural Ozark County, Missouri, Brown added.

Duvall described this as a mixed experience for Savannah. On one hand, she was hardworking and enjoyed her time on the farm. Her grades were improving. The teenager enjoyed being a cadet for a local fire department, and the volunteers liked having her around. On the other hand, Duvall claimed that eventually Leckie-Montague stopped returning Savannah’s calls. The defense characterized the adoptive mother as pushing the vulnerable teenager out to Ruud in Missouri instead of finding relatives in Minnesota to take care of her. Her adoptive family fell through on promises to see her, except when her grandparents visited her in April 2017 and had to leave because of flooding, the defense attorney said.

#RebeccaRuud‘s defense attorney said that her daughter Savannah was continuously let down by her Minnesota family, who adopted her at birth. pic.twitter.com/4Swfdrza00

Leckie-Montague mourned her adopted daughter in a September 2017 report from The Springfield News-Leader.

“You start speculating in your head, that’s the hardest part,” she said. “The what-ifs are the worst.”

Leckie-Montague said Savannah would, in the words of the outlet, “sometimes attack her siblings without provocation.” She also mentioned the two hospitalizations. She said she tried to get an in-patient care facility for Savannah but could not. Contrary to Duvall’s account, Leckie-Montague said she asked family members if they could take Leckie on a trial basis, but Ruud, who had remained active in the teenager’s life, offered to take her in.

“Rebecca stepped up at that point,” Leckie-Montague said. “She could see that Savannah really needed some help.”

Authorities have previously said that Ruud abused the victim on the farm, including rubbing her wounds with salt and alcohol, making her roll in a pigpen, and forcing her to bathe in a muddy pond. The adoptive mother Leckie-Montague said she witnessed no signs of abuse.

“Somehow going and getting this fresh start, it just completely reset her,” Leckie-Montague said of her adopted daughter moving to Missouri. “She was doing so well.”

Prosecutors said Ruud would eventually kill Savannah. In the timeline of events that Brown presented on Monday, the woman with the hydrocodone story said the murder happened on July 19, 2017. Brown told the judge about Ruud’s suspicious behavior amid the incident. There was an out-of-control fire at the farm the day before on July 18, 2017. Ruud, a volunteer firefighter, knew she was supposed to contact the sheriff about this, but she contacted everyone except him, Brown said. She did not let firefighters go near the camper trailer where Savannah lived, did not let them see Savannah to check on her, and she even refused them water, the prosecutor said. She allegedly claimed Savannah was naked in the sealed up trailer, which was without electricity. Brown described this as a sweltering summer day.

Ruud’s then-boyfriend and eventual husband Robert Peat Jr. was indicted with her for charges including murder. The prosecution said, however, that Peat Jr. is expected to testify about heading to the farm that July 18th with his father, a volunteer firefighter. His dad, Robert Peat Sr., treated Ruud’s burns while he himself helped put out the flames. Peat Jr. is expected to testify that he saw Savannah on July 19 very late into the evening, chasing fireflies around what must have been 11 p.m. He is expected to say there was an argument between mother and daughter over homework that was not done.

Savannah was reported missing on July 20, 2017, Brown said. Her burned remains were discovered the following Aug. 4 on Ruud’s property.

Duvall asserted that investigators immediately treated this as a death investigation, not a missing person case. It was about thoughts and feelings instead of the evidence, the defense insisted.

While in lockup, Ruud told various accounts to inmates, Brown said. She allegedly told one in detail about killing Savannah. She allegedly told another about crushing pills and putting them in a drink. According to another, Ruud said she wasn’t getting money for child support, said she was supposed to be getting it, and said she wasn’t going to lose her farm because of some “bratty kid.” There were also unprompted comments of holding someone down in a fire, Brown said.

Judge Calvin Holden, who will decide the verdict, will also hear a certain recording at trial. Ruud made it while speaking to members of the public defender’s office, Brown said. The Missouri Supreme Court ruled that she waved attorney-client privilege because she gave Peat Jr. the recording in a box.

Ruud said in the recording that Savannah died from taking drugs, according to Brown. She said that she found the victim’s body and burned it, according to the prosecutor.

Duvall said, however, that the judge would not hear at trial any scientific evidence about cause of death, manner of death, or the actual time of death. The defense lawyer acknowledged that her client admitted to burning Savannah’s body.