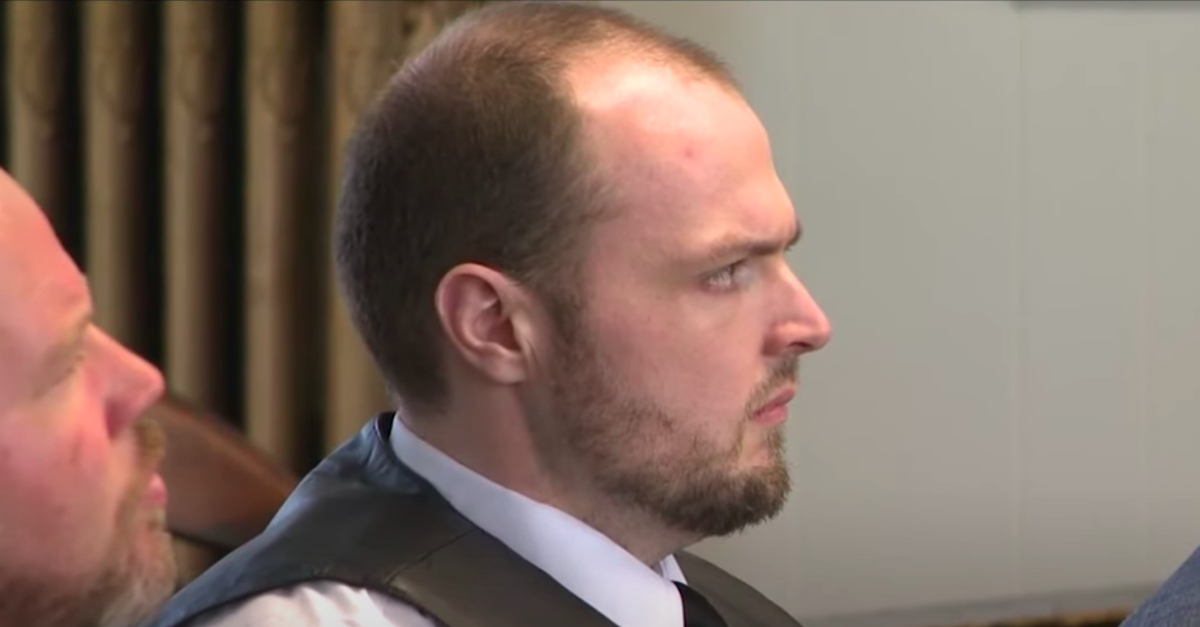 Jury selection will begin Monday morning in Pike County, Ohio, for the first trial of a Wagner family member charged with the murders of eight members of the Rhoden and Gilley families in April 2016.

George Wagner, IV, has maintained that he is not guilty of the heinous crimes because he didn’t actually pull the trigger when the eight family members were shot. Some of the victims were shot to death as they slept with children by their sides. Wagner’s younger brother, Jake Wagner, and mother, Angela Wagner, have respectively pleaded guilty to the murders and the conspiracy to carry them out. They have agreed to testify against George and his father, George “Billy” Wagner, III.

Jake Wagner said when he pleaded guilty on April 22, 2021, the fifth anniversary of the murders, that the motive for the crimes was his family’s desire to have sole custody of the young daughter he shared with Hanna Mae Rhoden.

The murders of Christopher Rhoden, Sr., his ex-wife, Dana Manley Rhoden, and their children, Clarence “Frankie” Rhoden, and Hanna Mae and Christopher Rhoden, Jr. shocked the community and those who’ve followed the case across the country and around the world. Frankie’s fiancée Hannah Gilley, Christopher Sr. ‘s. brother Kenneth Rhoden and cousin Gary Rhoden were also killed. Hanna Mae, 16, had given birth to her second daughter just four days earlier. The baby girl was sleeping next to Hanna Mae when she was murdered. Jake Wagner was not the father of the newborn child.

Jury consultant Alan Turkheimer said selecting a jury in such a small county will be challenging given the case has garnered national and international media attention.

Turkheimer said the ultimate question will come down to whether prospective jurors can put aside information they may have learned about the case and listen only to the evidence presented in the courtroom.

The jurors will also have to be “death qualified” since Wagner faces the possibility of the death penalty.

The 21-page questionnaire asks prospective jurors a number of questions which are standard in questionnaires including whether the jurors know the prosecutors, defense attorneys, the victims and the defendants. But jurors are also asked to answer questions about their social media use, whether they’ve ever taken psychology classes or received mental health treatment.

Jurors are also asked to check boxes in response to statements such as “I can tell pretty easily when a person is lying.” Jurors are also asked a number of questions about their thoughts on the death penalty. 1,000 prospective jurors have been summoned to the Pike Co. Courthouse.

Wagner’s attorney had requested a change of venue given the amount of publicity the case has received. However, those requests are rarely granted in Ohio. Judges typically try to seat a jury in the county where the case was charged before moving a trial elsewhere. Judge Randy Deering, who has presided over the case since it began, has said he will attempt to seat a jury in Pike County before granting a change of venue.

While George Wagner faces the possibility of the death penalty if convicted, it may never be carried out should jurors determine that Wagner receive a death sentence. Part of Jake Wagner’s plea agreement removes the death penalty specifications from the aggravated murder charges for the remaining Wagner family members.

That agreement has led George’s attorney to ask for the death penalty specifications to be stricken from his indictment. However, special prosecutor Angie Canepa has said Jake must testify to the satisfaction of the state before the death penalty is taken off the table for the other Wagner family members. Jake will spend the rest of his life in prison and admitted to personally shooting five of the eight family members who were murdered. His mother, Angela, will be released after serving 30 years.

During the arraignment of George Wagner, IV, in late 2018, Canepa stated the defendant was vocal about wanting to carry out a revenge plot should any of the family members be charged with the Rhoden and Gilley murders. The revenge was to be exacted upon then Pike Co. Sheriff Charlie Reader, then Attorney General and current Gov. Mike DeWine and lead investigator, Ryan Scheiderer, a special agent with Ohio’s Bureau of Criminal Investigation (BCI).

When announcing the arrests of Jake, George, Angela and Billy Wagner in November 2018, DeWine told reporters at a press conference that the family was “obsessed” with control and custody of children. An “other acts” motion filed in the case detailed an allegation that the Wagners coerced George’s ex-wife into giving up her parental rights to the son they shared. The custody issue between George and his ex-wife will likely come to light during the trial as prosecutors outline their theory of the case. At the time of the arrests, George’s ex-wife was asking a court to order George to allow her to visit with their son.

The Rhoden and Gilley murder investigation is considered Ohio’s largest in terms of man hours and resources expended. The investigation took state agents to Alaska, when the Wagners moved there in 2017, Montana and Canada. The FBI, the Department of Homeland Security and prosecutors and members of law enforcement from several counties and states assisted with the investigation.

Opening statements are scheduled for August 29.