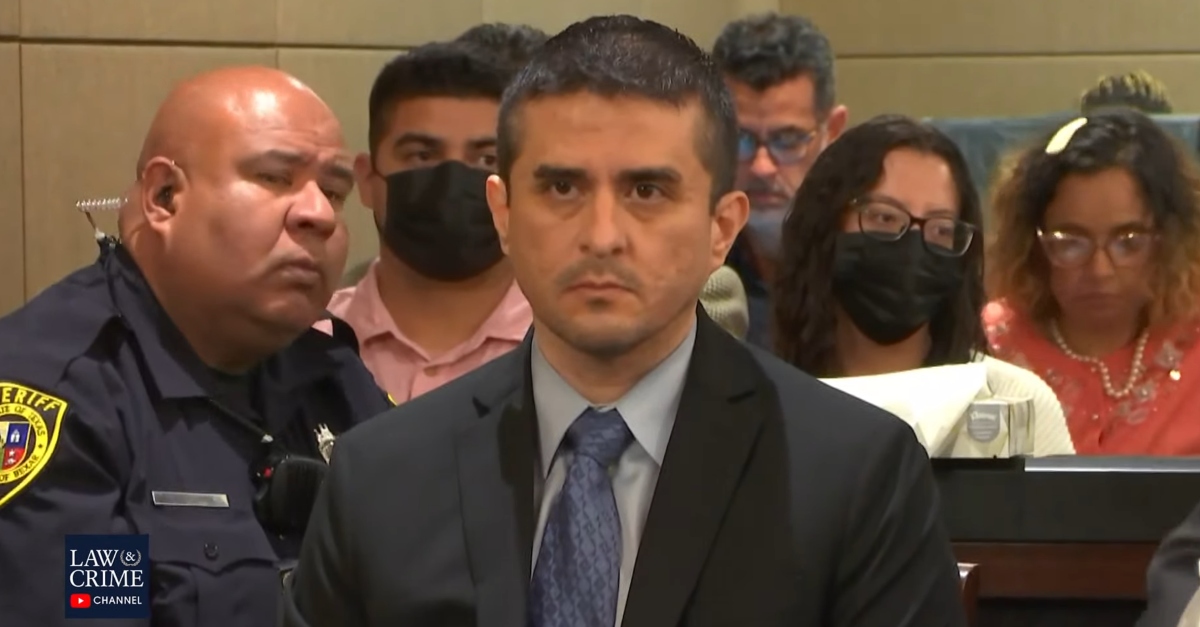 A former Border Patrol agent was convicted of murdering four women in a spate of killings in September 2018. Prosecutors said that defendant Juan David Ortiz, 39, was a serial killer. He hunted down sex workers as a self-professed vigilante and that he confessed to investigators, the state said.

“I was cleaning up the streets,” Ortiz told authorities.

The defense maintained that Ortiz made a false confession, and claimed that he had PTSD, was drinking and taking pills.

“One of the things we would ask you to focus on is the investigation that the Webb County Sheriff’s Office conducted together with the Texas Rangers,” Ortiz attorney Raymond Fuchs said. “Together with the report writing, the lack of reports, the lack of protocol and how they just jumped to certain conclusions.”

At trial, Peña testified that he considered defendant Ortiz a friend and that he had been a clients of hers for about five months leading up to the incident. She also knew the murder victims, and she had been scared during that period of time.

Peña testified that Ortiz began acting differently when she asked if he knew about the sex workers who were murdered. They went to get a hamburger, but Ortiz drove behind a store and put a gun to her head, she said. Peña testified that she ran away and found a state trooper. She told the trooper what happened.

From the arrest documents:

While at the gas station, Erika stated that she and David started talking about Melissa [Ramirez] again. David then pulled out a black in color pistol and pointed it at her. Erika tried to leave the vehicle. David grabbed her shirt to prevent her from existing the vehicle. Erika began to scream for help. Erika pulled off her shirt allowing her to escape and run away from the vehicle. Erika saw a State Trooper vehicle refueling at the gas station. Erika ran towards the Trooper asking for help.

Troopers arrested defendant Ortiz, but not before a foot chase. As seen on interrogation room footage, the defendant mocked law enforcement and suggested they were too slow to catch him.

WATCH: Ortiz in the interrogation room jokes about the trooper “that couldn’t keep up with me” on the foot chase, “Tell him he needs to work out more…” Ortiz in court smirks/smiles when he watches this. #JuanDavidOrtiz pic.twitter.com/r2CNFPhdFZ

After initially denying that he knew the women or what happened to them, Ortiz ended up telling law enforcement that he did in fact kill them. He waived his Miranda rights and did not ask for an attorney, Investigator E.J. Salinas said. Lead investigator Federico Calderon testified that Ortiz did not appear mentally unstable.