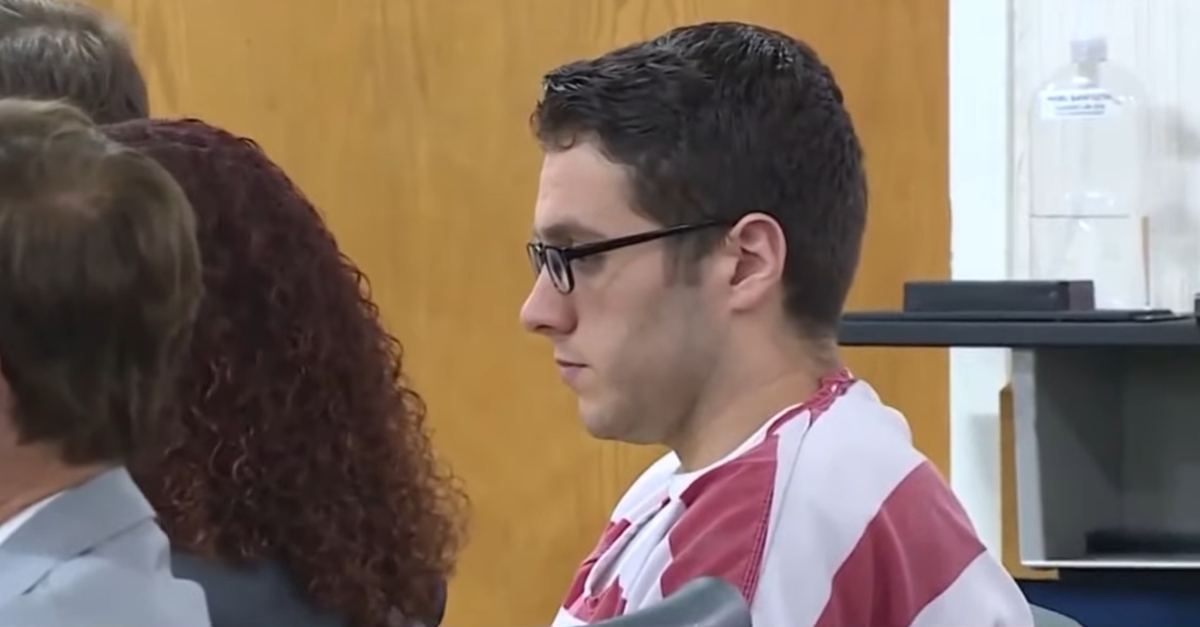 A judge accepted a “face biter” murder defendant’s insanity plea the morning his bench trial was scheduled to start.

Austin Harrouff, 25, had decided to face the judge, not a jury, for killing couple John Stevens III, 59, and Michelle Mishcon, 53, in a grisly beating and stabbing double homicide. Authorities said Harrouff also stabbed the couple’s neighbor Jeffrey Fisher, who attempted to intervene.

As he pleaded not guilty by reason of insanity, the question was whether he was mentally culpable for the slayings. The judge decided that Harrouff was insane at the time.

BREAKING: Judge accepts #AustinHarrouff‘s not guilty by reason of insanity plea. Case is over. Today was set to be day 1 of the bench trial. Harrouff killed a Florida couple in 2016 and was found eating/biting the face of one of the victims. pic.twitter.com/8BkMPPQPK6

Both sides of the case fought a tug of war during the pre-trial period over his mental state during the 2016 incident.

Authorities said that Harrouff attacked Stevens and Mischon at the couple’s home in Martin County. Investigators claimed to find him biting Stevens’ face. Dr. Phillip Resnick, an expert for the defense, determined in 2019 that Harrouff was “actively psychotic,” because he kept on doing that even when cops ordered him to stop, tased him, and kicked him multiple times in the head. Resnick determined that the defendant suffered from “clinical lycanthropy,” expressed a close connection to canines, and believed himself to be half-man, half-dog.

At the time, many assumed #AustinHarrouff was on some kind of drug like flaka/bath salts, however his toxicology came back negative. He was biting the face of John Stevens after stabbing Stevens and his wife Michelle. It took multiple officers to get Harrouff off the victim. pic.twitter.com/wWDY4Zk676

“Forensically, given the above findings, absent evidence of drug usage at the time of the incident, and observations made by first responding law-enforcement officers, it is reasonable to conclude that Mr. Harrouff was experiencing a decompensated mental state associated with an emerging mood and/or thought disorder resulting in an acute psychotic episode,” he wrote in 2020. “As a result of this condition, it is opined that Mr. Harrouff was unable to distinguish right from wrong.”

Michelle Mishcon’s sister Cindy Mishcon disparaged the defense’s attempt to get a 2016 Florida law on the insanity defense declared unconstitutional.

#AustinHarrouff told a psychologist that he thought he was half-man,half-dog. He had been at a restaurant with his family, suddenly left, came across the Stevens in their garage, and attacked them. Random attack, defendant/victim did not know each other. Opening statements Monday pic.twitter.com/YRSjEj69hv

.#AustinHarrouff was hospitalized for 7 weeks following the attack. Before he was discharged and arrested he did an interview with Dr. Phil from the hospital. He said he had been paranoid and hearing voices prior to attacking the couple. #FaceEaterMurderTrial Openings Monday. pic.twitter.com/mjB33yekIB